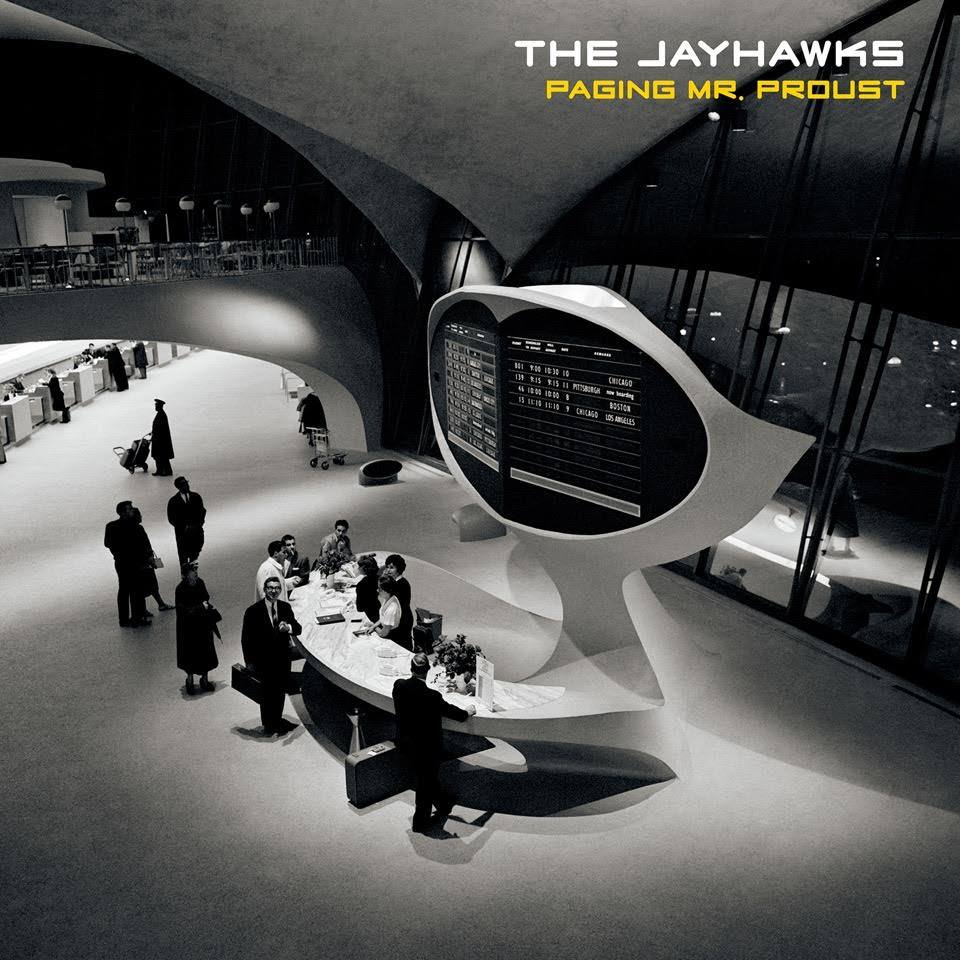 Many years ago, whilst interviewing British punk iconoclast Howard Devoto, I was made to feel totally inadequate because all Mr. Devoto seemed to want to talk about, during a very uncomfortable half hour, was the work of Marcel Proust, an author whose canon of work he was working his way through at the time and one with which I was almost entirely ignorant.

Any reference to Proust has since triggered some intellectual discomfort in me, so it was with some trepidation that I pressed play on the first track of the new disc from Minneapolis band, The Jayhawks – an album entitled Paging Mr. Proust.

Of course, any anxiety was quickly countered because The Jayhawks have long been a well-source of wonderful song-craft and have released many (recently reissued) albums that have been rich in beautiful melodies and memorable choruses – and this is the first new product from the band since 2011’s relatively low-key Mockingbird Time. And possibly due to the fact that no reference to the man named in the album’s title is made anywhere else on the record.

Adding to the appeal of a promise of more sublime songs, the new album is co-produced by ex-R.E.M. guitarist Peter Buck (along with Tucker Martine and main Hawk, Gary Louris). Buck also plays on the album as do his musical compadres from his old band, Mike Mills and Scott McCaughey.

This time out, original member, Mark Olson, back in the line-up last time around, is out again as the band’s revolving door policy continues, so here the songwriting duty falls almost entirely to Gary Louris, with some full band compositions thrown in for good measure. This is a good thing, as Louris has always been the one with the more delicate, melodic touch anyway and the new record is ripe with clear evidence he has not lost any of his imposing compositional skills.

The influence of Buck and his R.E.M. cohorts however has given the band’s sound a layer of experimental grit to offset the inevitable sweetness of Louris’ tunes, and their input has clearly re-energised the band –  even if a song like ‘The Dust Of Long Dead Stars’, great as it is, sounds like it could have been taken straight off one of R.E.M.’s mid-career albums.

Not every song works on first listen here, although most do.

‘Lost The Summer’ is a discordant choice to follow the first track, ‘Quiet Corners & Empty Space’, which, as an opener, serves to reassure old fans that all the elements of the classic sound are firmly still in place, but puts the listener on notice that risks are being taken here.

‘Lovers Of The Sun’ follows and this is a quiet, wistful piece that manages the difficult feat of mastering an effective simplicity whilst channeling some of the Velvet Underground more mellow moments, to create something you realise is not that original but is, nevertheless,  emotionally affecting.

‘Pretty Roses In Your Hair’ is another slow paced delight, whereas ‘Leaving The Monsters Behind’ is destined to become a classic Jayhawks song, incorporating as it does ‘a little spit and some muscle / like Steve McQueen tearing down the San Francisco streets’ amidst its ethereal harmonies and perfect counter-melodies.

‘Ace’ is the only flat spot throughout the rest of the album, but it does herald in one of the album’s high points – another archetypal piece, ‘The Devil In Her Eyes’, which is intoxicating in its strange juxtaposition of the gorgeous background vocal ‘la la las’ and the satisfying counterpoint created in the odd choral refrain of ‘the flies buzz around your pretty head / dancing upon your chin’.

‘Lies In Black And White’ is the most vitriolic song in the band’s repertoire, shocking in its willingness to attack its target:

‘You’re laboring in the vacuum

I never felt at ease with you in the room

From the rotting fruit.

While all you spew are lies – lies in black and white’

Who this is aimed at is never made explicitly clear, but it is hard not to fall prey to the conjecture that the venomous tirade, delivered in a completely matter of fact manner, is aimed at founder member Olson who, according to internet sources, left the band due to a ‘strained relationship’ with Louris. And with lyrics such as, ‘I see a man in a whisper / Your words are twisted bitter / You duplicitous quitter…’ it is hard to interpret the song any other way.

The album closes on the plaintive ‘I’ll Be Your Key’, a gentle closing of another wonderful addition to The Jayhawks body of work, in which Louris promises, ‘I’ll never leave you, if you ask me to stay’.

Louris is a man who, with the consistent support of his wonderful band, has made good on that promise many times in the past – Hollywood Town Hall, Tomorrow The Green Grass, Sound Of Lies and Smile are all Jayhawks albums which, having been invited into my record collection, have stayed on regular high rotation – and Paging Mr. Proust  is destined to join these.