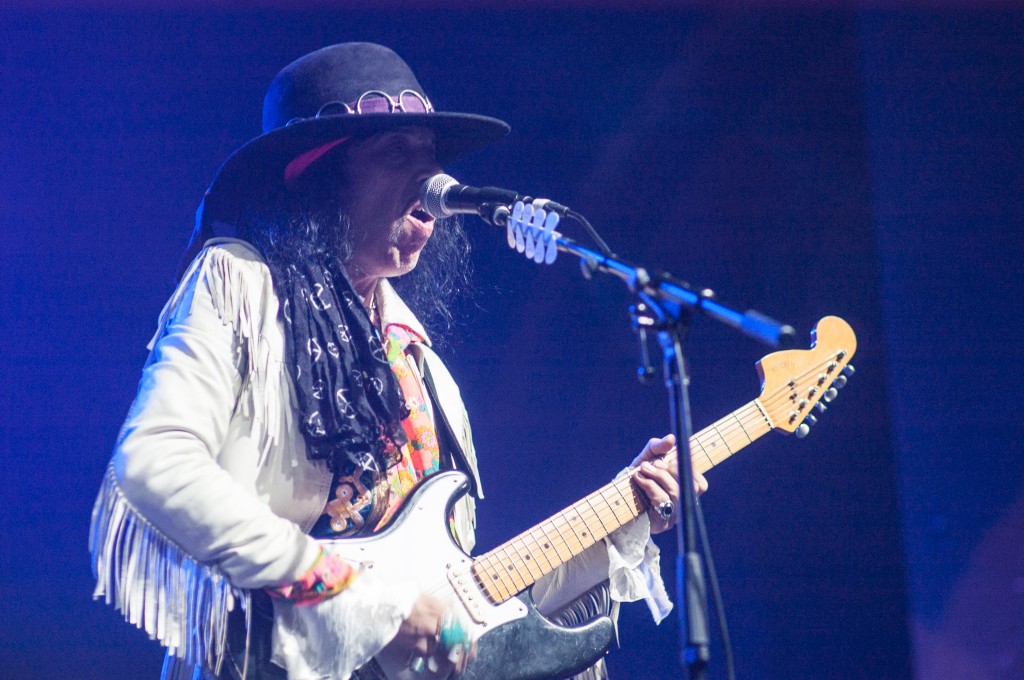 The world can never again experience Jimi Hendrix in live performance, but Randy Hansen is the next best thing. With the exception of his right handed guitar playing, Hansen inhabits the music and persona of the world’s greatest guitar player in every way. At times his Hendrix Revolution show, which graced Adelaide’s Thebarton Theatre on Wednesday night, is quite eerie, given the uncanny resemblance of this performance.

When going to a well honed tribute show such as this, you come expecting the act to have every lick down pat, but the thing that is most startling about Hansen is the sound of vocals, indistinguishable from the real thing. There is also a physicality to his performance that feels completely Hendrix, throwing himself completely into every aspect of the show. Adding to this, Hansen approaches his playing with same loose spirit of improvisation for which Jimi was famous, making this a very engaging show.

From the moment Hansen opened the night with ‘Stone Free’, it was clear that this man is a consummate master of his craft. He plays the guitar like it’s an extension of his own body: sometimes behind his back, or with his teeth, even occasionally with the feet. There’s something quite magical in the way he moves between chords and lead, at times somehow playing both simultaneously. And the audio set up is spot on, perfectly recreating those sweet strat tones that, thanks to Jimi, became the dominant sound of rock’n’roll.

Early in the set, ‘Papa Was a Rolling Stone’ merged into the familiar sounds of the ‘Foxey Lady’ opening riff and the crowd knew they were onto a winner: a very worthy curator of this brilliant rock legacy. For a cold Wednesday evening in Adelaide, the audience were distinctly enthusiastic and receptive, having been won over from the start with none of the curious scepticism that sometimes surrounds a tribute show.

The setlist was a very satisfying mix of Hendrix standards such as ‘Fire’ and ‘Little Wing’, a smattering of the covers made famous by the man like ‘Hey Joe’ and ‘All Along the Watchtower’ (here in a slightly more chilled, funky iteration), and a few obscure gems like the instrumental, ‘Midnight’. Along the way Hansen added his own touches here and there, and the audience lapped it up.

One the great things about Hendrix was his ability to take someone else’s song and make it his own (he famously played ‘Sgt Pepper’s Lonely Hearts Club Band’ only days after its release and before most people had even heard the song). It’s appropriate then that the highlight of this show was Hansen’s version of ‘Purple Rain’, convincingly playing tribute to Prince in genuine Hendrix fashion. The song garnered a very worthy standing ovation.

At the end of the main set Hansen performed Jimi’s ‘Star Spangled Banner’ before closing with a ripping version of ‘Voodoo Child’.

For the encore, the US anthem was replaced with a Hendrix style ‘Waltzing Matilda’ before the show came to a fitting close with a ‘Purple Haze’.

We should be very thankful that someone with the talent and stage presence of Randy Hansen can so faithfully render the music of Hendrix, giving today’s audiences the opportunity to enjoy this in a live setting. Everyone at Thebby on Wednesday night certainly seemed to leave feeling this way.