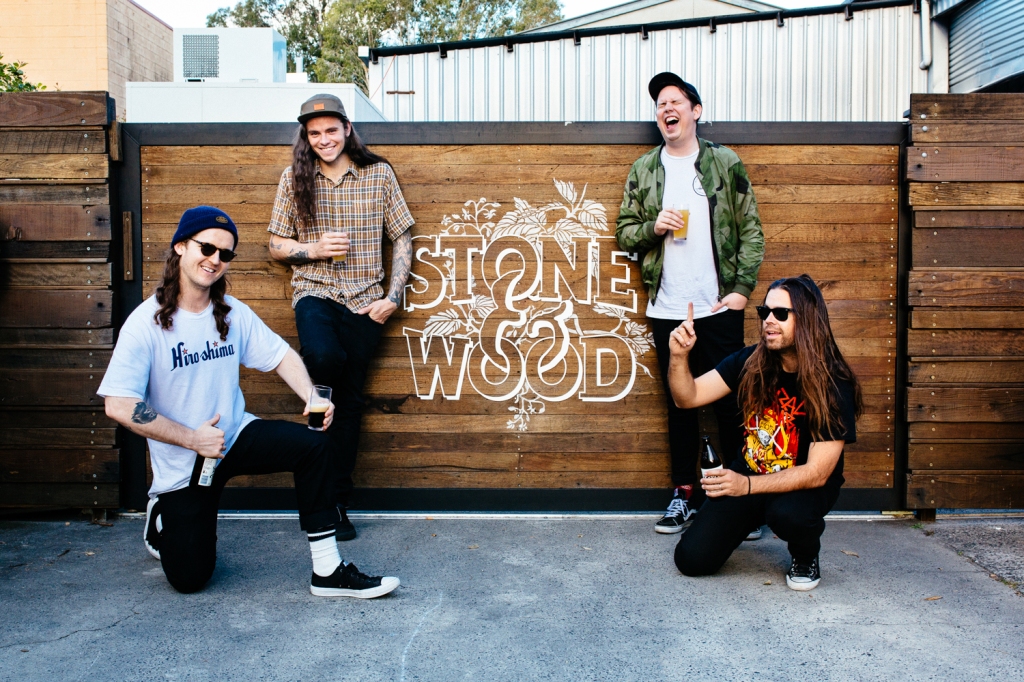 Everybody’s favourite Aussie rock band, Violent Soho have collaborated with Stone & Wood to create their very own beer –the East Coast Crusher. To celebrate the release of their very own amber nectar, Violent Soho will be hosting a series of free launch parties across the country so fans can taste their brew.

The East Coast Crusher is a Pilot Batch – meaning it’s an experimental collaborative brew which is rare, limited and, until now, never existed. The East Coaster Crusher is an Aussie unfiltered Kolsch that’s been dry hopped with Ella and Victoria’s Secret which hits your taste buds with a floral punch up front then balances out with a refreshing bitterness.
To celebrate this momentous occasion, the band will be hosting a series of launch parties across the country just before they head off on their massive headline tour throughout October and November. Adelaide fans can go to the Bank Street Social on Thursday 13 October for an exclusive first taste of Violent Soho x Stone & Wood East Coast Crusher. The first 50 people to show their ticket receipt for the October/November tour will get their first taste courtesy of Violent Soho! Note: entry to the launches is strictly 18+.

A limited number of cartons of East Coast Crusher will be available later in the month on the Stone & Wood website. Sign up to the Violent Soho newsletter at violentsoho.com by October 16 to get exclusive first access first to the beer.

This announcement also coincides with the release of Violent Soho’s new single “No Shade”, lifted from their ARIA chart-topping album,WACO. Carrying the suburban charm Mansfield’s favourite sons have become so well loved for, “No Shade” drawls into your ears with Boerdam’s familiar vocal asking, “tell me when you wanna get out, this ceremony’s getting me down…”. The sparseness of the track brings you in then wraps you in a shredding guitar blanket as it smashes into the chorus.

Catch Violent Soho on tour through October/November at the dates below,
supported by The Bronx (US), Luca Brasi and Tired Lion: 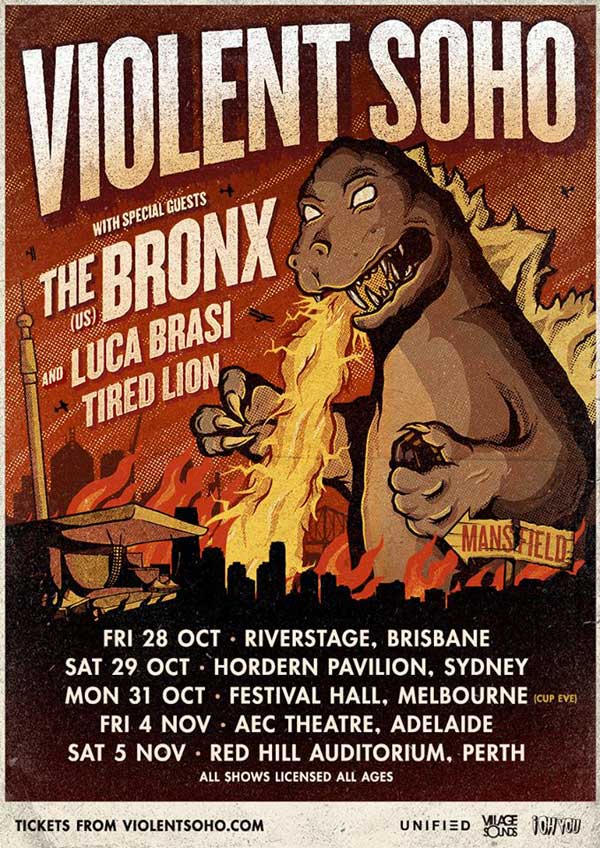