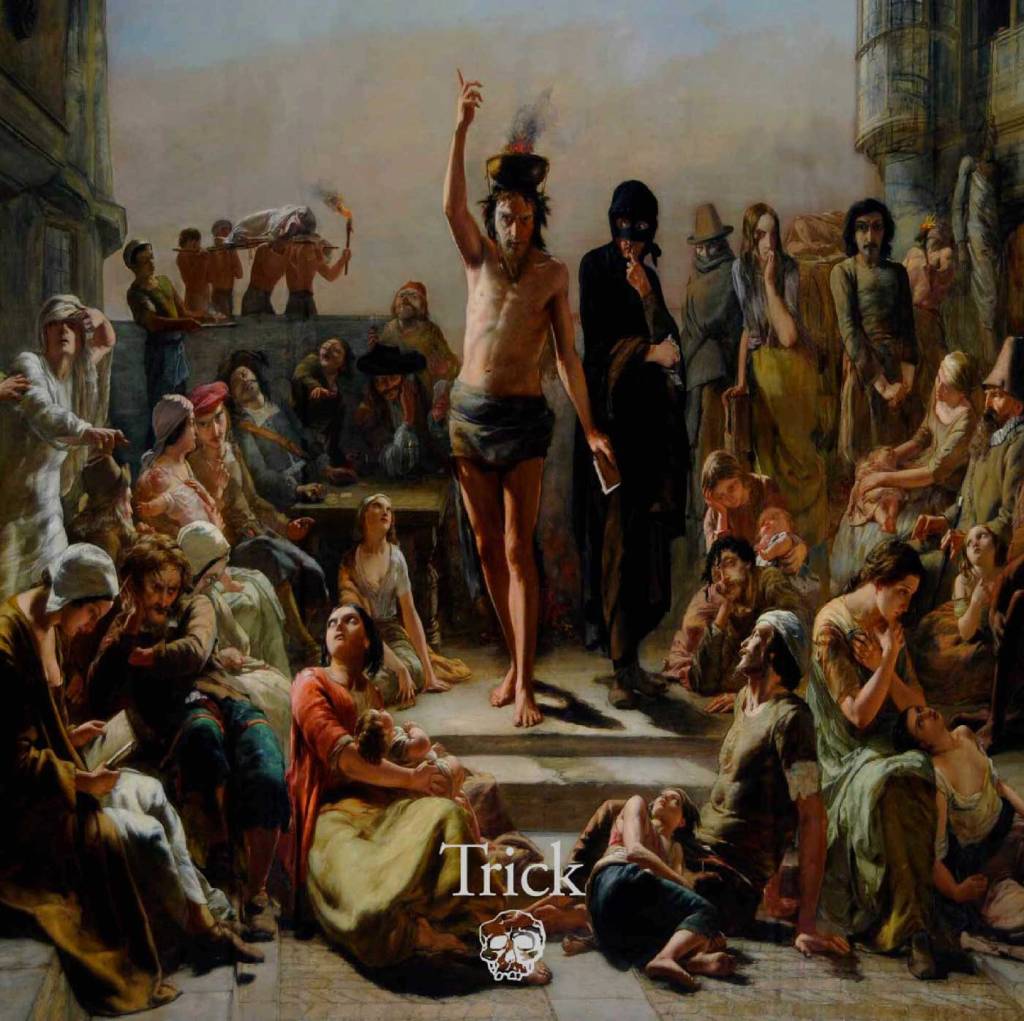 If you have spent the last near-decade following Jamie T (Jamie Treays), you will be well aware of Treays’ turbulent powers that made this South Londoner NME’s Best Solo Artist of the Year in 2007, and that styled his first two albums, Panic Prevention and Kings & Queens, as well as be familiar with his beautiful, melancholic gift, showcased on his third album, Carry On The Grudge. Well, how about grabbing those skills, and rolling them into a big ball, add a tonne of pingers – you’ve got Jamie T’s latest work, Trick.

Labelled within the industry as both the “one man Arctic Monkey” and the “bastard love-child of Billy Bragg and Mike Skinner doing his best Joe Strummer impression”, Treays humbly shines as the voice of English urban youth. Quietly excelling as a musician, songwriter, mixer and producer on his four dynamic albums, there is no doubt that Jamie T has shaped what the modern archetype of the English condition might sound like.

Off the back of 2014 release, Carry On The Grudge, Trick feels a bit like a psychotic episode, while there were extremely faint hints of this new sound on the previous album, this entire album is far more heavy and frantic . More layered and developed than previous works, Trick is still full of self deprecating lyrics, see track ‘Sign Of The Times’, that are typical of Treays, and this album, like the preceding ones, still paints a vivid picture of London’s inner-city life.

Tracks ‘Tescoland’ and ‘Robin Hood’ prove that Treays’ infatuation with The Clash has not waned, and while long time Jamie T fans might not immediately connect with this album, you can find solace here. Finishing on a low with ‘Self Esteem’, this track is a perfect and beautiful comedown for this chaotic album.

Trick is definitely a grow-to-love album, you’ll still find good old Jamie T in here, and this is an exciting snapshot of what Treays has up his sleeve. Like absolutely every single trick he has ever had up there.