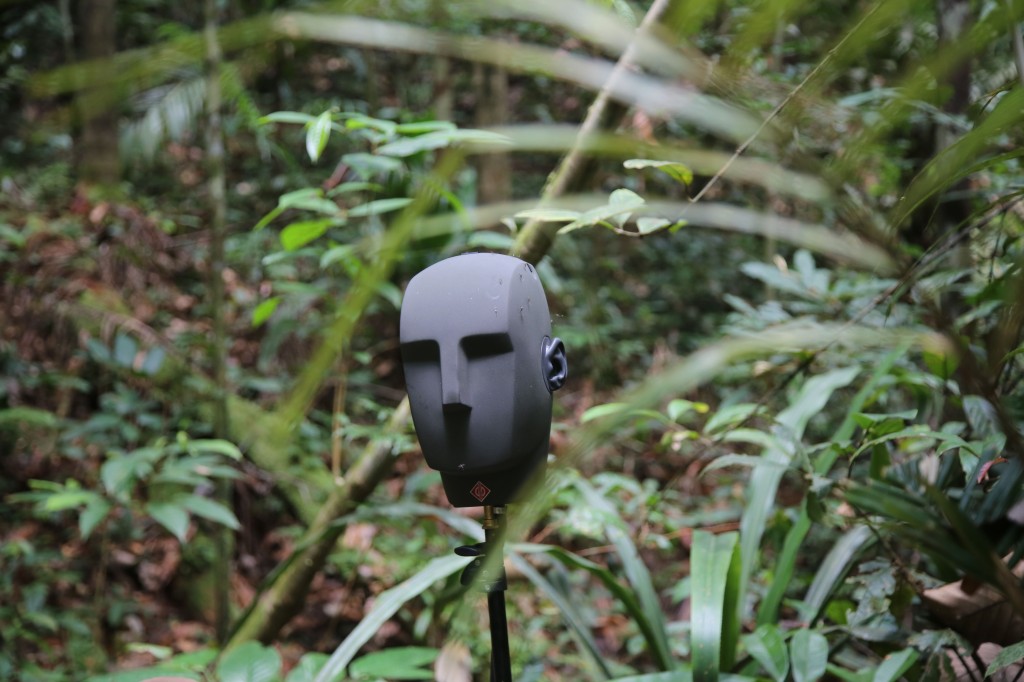 What is real? What is time? Why do we hold on to so many material possessions? These are a few of the philosophical questions raised in director Simon McBurnie’s astounding The Encounter.

From London-based theatre company Complicite, The Encounter is a one man show featuring Richard Katz. During the performance, the audience are all given headphones which are crucial to what is an aurally confronting piece of theatre.

Using his voice, a looper to record sound effects with everyday objects on the stage and impressive binaural technology (3D audio in the shape of a head), Katz takes you back to 1969 to tell the true story of National Geographic photographer Loren McIntyre and his experience with the Mayoruna people of the Javari Valley in the Amazon.

The audio is so realistic you start to believe you are really there. You can hear the sounds of the jungle, the buzzing of insects, feel his hot breath in your ear, and get swept up in his fear as he loses himself with the tribe.

Katz is unrelenting throughout, switching from the role of narrator to McIntyre in the blink of an eye. A performance so superb you forget there is only one man on stage. The narrative is interspersed with snippets of interviews with experts in anthropology, physics and philosophy to add more fuel to the thought-fire and you are also taken into Katz’s London apartment where he is interrupted mid-scene by his inquisitive daughter.

As McIntyre goes further down the rabbit hole of self-discovery he is stripped of not just his possessions but of his previous ways of thinking. Is he going insane? Or are there supernatural practices out there people in the Western World have lost in our consumerist society?

The thought-provoking questions raised stay with you long after The Encounter is over. It is ingenious and unlike anything I have seen before. A must-see at this year’s Adelaide Festival. Unless, of course, you are a misophonic.

The Encounter is showing at the Dunstan Playhouse on March 10 & 11. Pick up your tickets here.