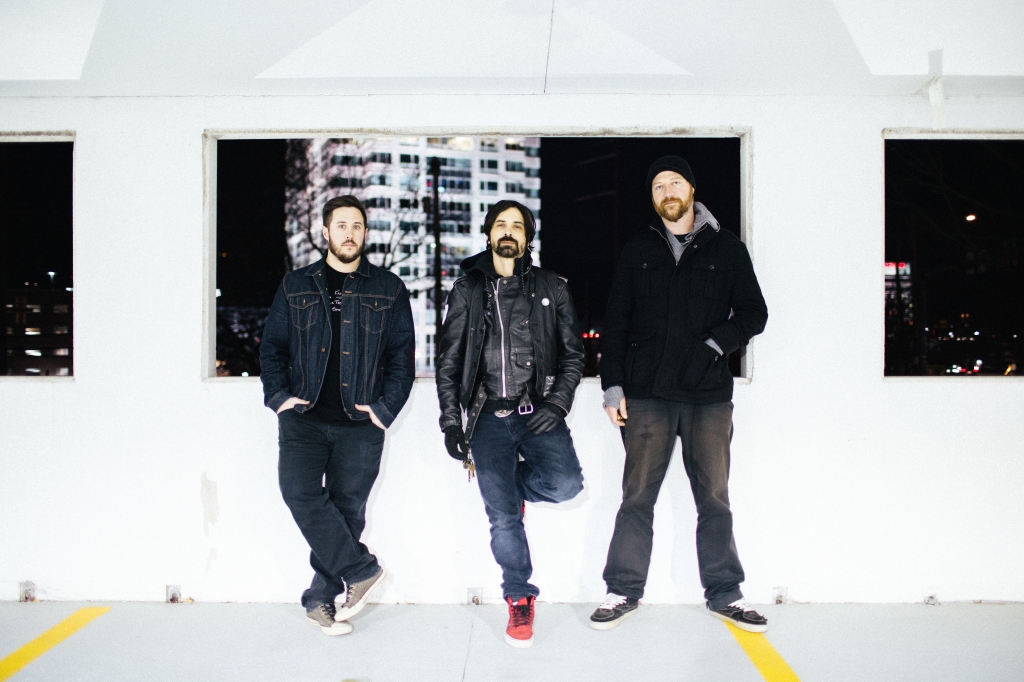 CKY have released The Phoenix, their first album in eight years, with guitarist Chad I. Ginsburg taking over vocal duties.

Now the full-time frontman for the group, Ginsburg is joined by Jesse Margera (drums) and Matt Deis (bass) to convert CKY into a three-piece.

“I’m used to responsibility, I welcome more and I’ll take any challenge put in front of me and do it well,” Chad says.

The band’s original frontman, Deron Miller, departed the band in 2011 with Daniel Davies (Year Long Disaster) covering for shows during that time.

Potential re-unions had been rumored over the years, but in May 2016, it was confirmed Ginsburg would replace Miller as vocalist.

Despite losing their primary song-writer, the band had no creative shortage in developing new material for the follow to their 2009 release Carver City.

“We felt like there was a creative breakthrough on every song, the point is trying to feel that you went somewhere new creatively,” Chad says.

“Agreeing on a song and saying, ‘that is a finished mix’ and saying we love it… that’s a huge creative commitment and that’s always a breakthrough.”

Having toured Australia many times, the band has fond memories of the country and look forward to returning, although nothing has been announced yet.

“We love Australia, it’s obvious because we do keep coming back there, I personally came back a couple of times as I had a girlfriend in Brisbane.”

“I was there with Bam for his band (Fuckface Unstoppable) and that was the last time I was in Australia, I left one of Bam’s tours because I could not handle that one.”

“I thought it was too much for me and I had seen everything at that point… then I got to see a little more.”

Almost 17 years have passed since Jackass originally aired on MTV and the guys are aware they can’t live the same way as they did back then.

Looking back, it’s hard to imagine they would’ve made it this far, but Chad says they’re all part of a larger group that takes care of each other.

“Now we get twice as much hummus on the rider, and the Jack Daniels in now tea… I’m looking the refrigerator on the bus right now and there’s a lot of veggie trays,” Chad says.

“We were very hard drinkers and public nuisances, it didn’t make for a very musical show and we often made enemies rather than friends.”

“The track we’re on now feels better; we’re all doing much better because we’re happier and making better music.”

You can purchase CKY’s new album The Phoenix here.