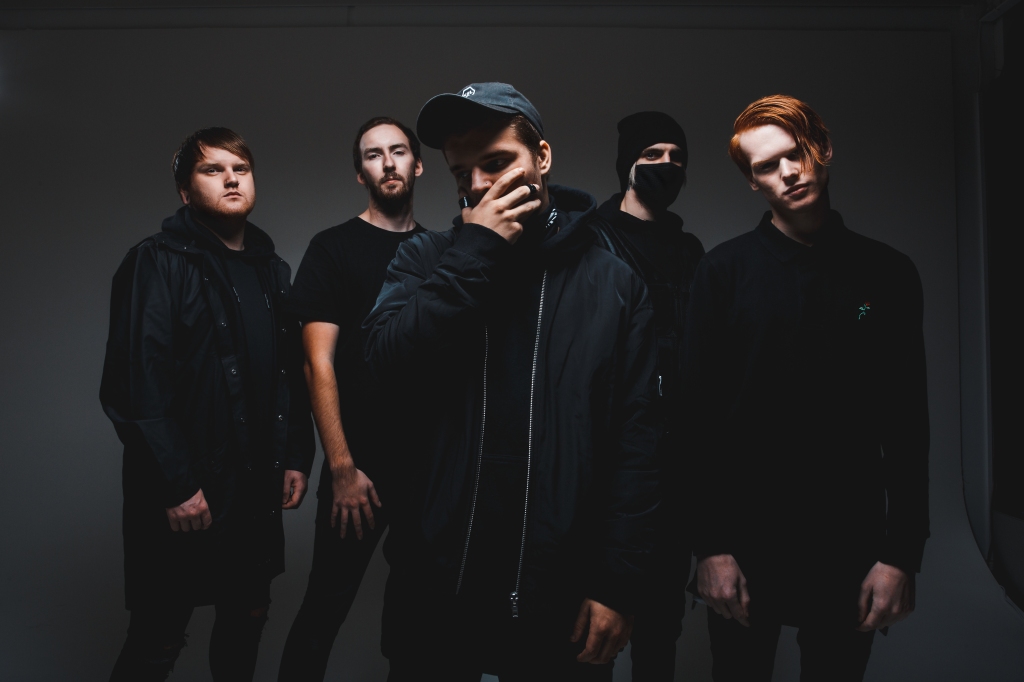 The band will be heading around the country in July/August supporting Thy Art Is Murder alongside heavy hitters Cursed Earth, and Greyscale Records family Deadlights, as well as holding an All Ages album launch at Wrangler Studios in Melbourne on Sunday the 20th of July with Deadlights, Pridelands, Thornhill, & 2319.

The Upside News caught up with guitarist Sabian and vocalist Aidan to chat about the upcoming tour and the intense themes behind ‘Mono’.

Upside: You just came off the Aversion Crown how did that go? I hear you got a great response and you’re obviously a good fit for the bill.

Aidan: It was a lot of fun, it was pretty much the first time we toured together with this lineup. It was a big test for us but we pulled through and we had a lot of fun while doing it.

Sabian: We started off as a 4-piece band in Tasmania about 5 years ago. That all changed a year ago and we decided to change it up a bit, things weren’t going exactly how they should and we knew some things had to change. We recruited Scotty on guitar and got Aidan on vocals and this is the Alpha Wolf we want to stick with and the Alpha Wolf we wanted to be all along.

Upside: There definitely seems to be a distinct sound between your previous work and your debut album ‘Mono’ do you think your new members have contributed to that change?

Sabian: Definitely, Scotty’s done a massive amount of work instrumentally. We brought Scotty in on guitar and he was a great writer as well coming from previous bands, he has written some mad songs for us. The older members are still writing, I’m writing some songs as well. We all chipped in and Aidan brought in his lyrics and vocals, we worked together as a team to create what you’re listening to as ‘Mono’.

Upside: ‘Mono’ is coming out on the 14th of July, how does it feel on your end? Are you just pumped to get it out there or are you a bit nervous about how people will react?

Sabian: We’ve been holding on to this for about 8 months now, maybe even longer. I’ve been listening to it non-stop since we got our master track and I’d have to say it’s one of my favourite albums lately. That’s what we hoped to create, an album a lot of people can enjoy, an album we can enjoy ourselves and we’re not going to get sick of listening to it anytime soon. We’re really excited to see what the public and our fans think, they’ve been enjoying a couple of tracks we’ve shared as well.

Upside: You say that Mono is the audio representation of utter desperation and the illogical mindset of traumatic experiences. Are there inspirations for each member that set this off or events that are lyrically themed on certain events?

Aidan: The album is an experience that a lot of members have had to deal with, whether it’s loss of family, friends. The reoccurring theme throughout the album is being alone after a traumatic event, feeling desperate and when you’re desperate things are obviously exaggerated as shown through the lyrics in the album.

Upside: And Sabian, ‘Golden Fate; Gut Ache’ is really deep and a personal song, but at the same time it’s really cool of you to share your experience to make sure everyone’s looking out for each other, how does it feel to share something that personal in lyrics, have you played it live yet?

Sabian: It was hard putting that song out. That song was one that I pushed for from the get go. I had a bunch of lyrics written from a personal experience. We did play it live on the recent tour and it has been a little bit hard, nearly. Seeing that people are enjoying it and people messaged me on the day saying they could relate to it fully. We tried to open it up a bit so it wasn’t just my song. We had a friend come up on stage for it in Melbourne, he connected with the song and he wanted to sing a bit of it. That’s great, I’m excited to continue playing that song and spreading the message.

Upside: You’ve got the massive tour with Thy Art Is Murder coming up as well, just when they’re back together and really picking up some momentum, how does it feel to be part of a tour that big already?

Sabian: We can’t express how excited we are for those shows, to be given the opportunity as the main support slot, we were really shocked to be receiving that. When we got those emails we were kind of in awe, I remember when I got the email I just froze and was like ‘holy shit’, we must be doing something right if we’re getting these kinds of opportunities. We met up with the Thy Art Is Murder guys across the Aversions Crown, they were telling us that they were keen to tour with us. That itself is hectic.

‘Mono’ is out 14 July – Pre-order it here: greyscale.lnk.to/AWMONO