Dear Seattle have released their brand-new single ‘Maybe’, a progression from their heartfelt punk rock from their self titled EP from 2017.

Frontman Brae Fisher explains the inspiration behind the single: “Maybe” was written in my head one day when I was sitting and daydreaming at a pub with two of my mates talking over a couple of pints. I had been unemployed for the better part of the last 18 months and was living off my savings, watching it whittle down to nothing week by week, but showing very little care about it.”

“I would do nothing all week, basically just waiting for my working friends to finish their days so we could all grab beers and/or hang out. It got to the point where I would sit there daydreaming while my mates gave the rundown of their work week and just think, ‘Oh yeah, maybe something will pop up for me soon’, but it was a completely empty thought, I didn’t want anything to pop up and so I did nothing about it. Before too long it all hit me at once, the whole ‘What in the actual fuck are you doing with your life? You’ve got no money, no work ethic and no aspirations’, and I just felt like absolute shit and I hated it. Thankfully, that thought finally kicked the drive into me to try and fix it and do something worthwhile.”

Dear Seattle are touring the country with Trophy Eyes. They will be performing at The Gov on Thursday 18th October
For complete ticketing information, visit:  trophyeyesmusic.com 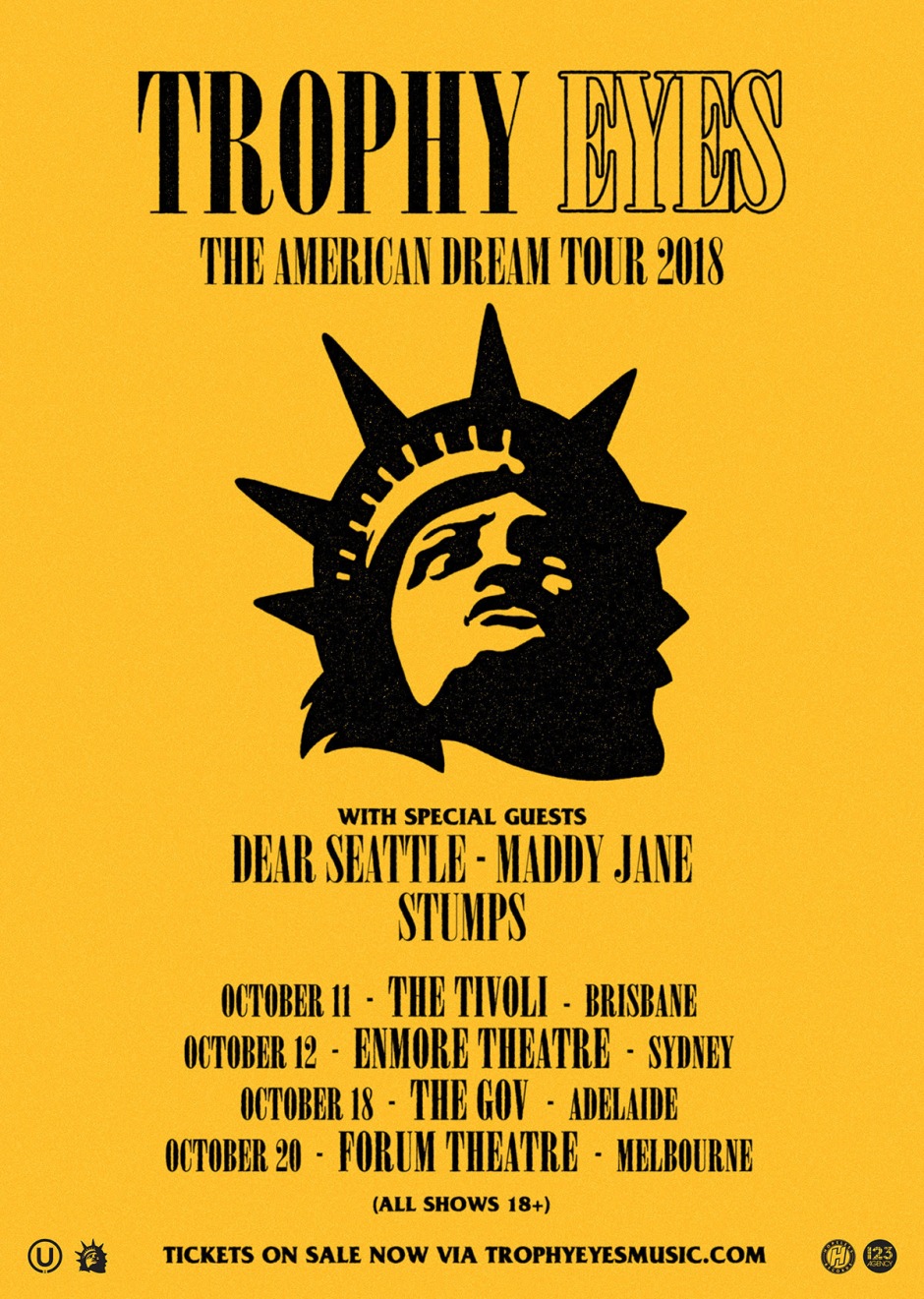