Ocean Alley played at HQ on 19 October and Katrina Hall was there to capture the action (through the excessive smoke machines)!

Check out the photo gallery and chat with Ocean Alley below. 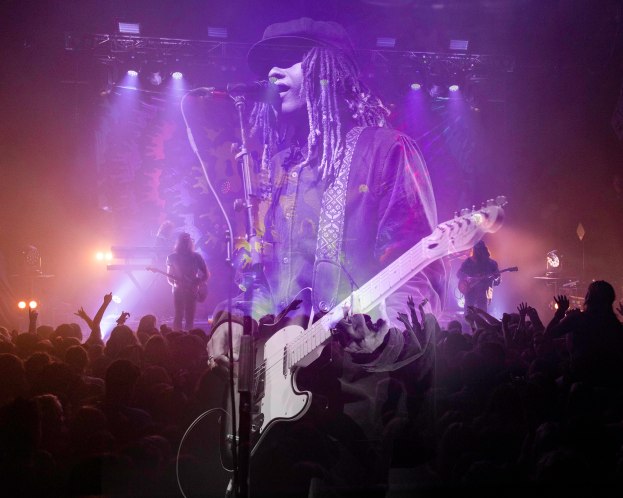 From humble backyard beginnings Ocean Alley have managed to reach number fifteen on the ARIA Albums Chart, number five on the ARIA Australian Artist Albums Chart and made it into the top fifty of Triple J’s Hottest 100 back in 2017 with their track ‘The Comedown’.

Hailing from the Northern Beaches of Sydney, this six piece are renowned for iconic surf-rock vibes and reggae beats that leave you lusting for long summer drives and festival season.

Having played the festival circuit throughout the northern hemisphere Ocean Alley touched down in Wollongong on September 29, playing to a sold out Yours & Ours Festival.

Crossing Europe promoting their second album Chiaroscuro, the band played to new and old fans, but always love hearing the Aussie twang on their travels.

“It’s nice to hear Aussies yelling from the crowd when we are abroad, they’re always the loudest ones,” says guitarist Mitch Calbraith.

Ocean Alley have touring in their blood, so it was natural for them to tour the USA for the first time this year.

However, whilst most bands would choose to rack up the frequent flyer points, Ocean Alley do things old school, choosing to cross the country in a van, twice.

“The best part about doing so many hours driving in the van across the country was seeing so many different places in such a short amount of time,” Mitch says. “It’s not the usual way tourists do it, so it’s kind of special travelling around in an unorthodox way.

“The long hours driving and not sleeping are always worth it when you get up on stage and get to jam out to a new crowd every night. Of course it’s tiring and uncomfortable most of the time but we all get along well enough to make it a hell time. We always get a kick out of traveling to new places and playing to different crowds.”

Clocking up the miles in the USA saw Ocean Alley performing in some iconic and memorable venues.

“We played in St. Louis at a venue called The Duck Room which is where Chuck Berry famously played most of his hometown shows. There were heaps of photos on the wall of all the previous acts that had been there over the many years it’s been cranking. It smelt like it had some rich history,” Mitch laughs.

Ocean Alley love touring but nothing can beat flying back into the country and enjoying some home favourites.

“Drinking Aussie beer and chilling out on our comfy couch while eating some Chilli Sha Sha is the best thing about coming home from tour,” Mitch says.

The lads of Ocean Alley will have to put the tasty Thai of Chilli Sha Sha on hold as they have been announced to support Tash Sultana’s world tour kicking off November 1st in Canada and finishing up in Fremantle on March 30th.