It was like an old best friend came to visit when The Living End rolled into The Thebarton Theatre on Friday night, the band currently touring off the back of their latest studio album Wunderbar. 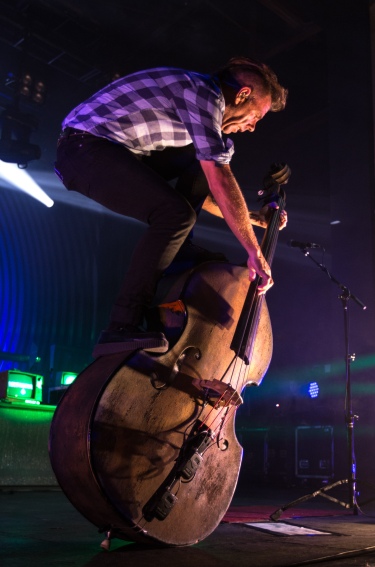 Playing to a near full house, the setlist was packed with a whopping 22 songs, including a 3 song encore. As to be expected, there was a mix of new songs but these were interweaved perfectly with the older classics we all know, a bit like a favourite t-shirt or pair of comfy jeans.

Opening with two new songs ‘Wake Up the Vampires’ and ‘Don’t Lose It’, it was clear that many of the crowd were already on board with this latest material.

When Scott Owen leapt up high on his double bass with his signature move during ‘Til the End’ the crowd cheered in unison, the night now set for a journey of past memories mixed with the new.

When you have eight studio albums under your belt the crowd expects big things and The Living End gifted a show that did not disappoint. It’s very clear why we keep coming back for more for a band that truly loves the stage.

Bearing a similarity to the cover art on the new album, the vintage televisions stacked about the stage also added to the feeling of nostalgia.  This was complemented by flashback stories, such as when the band opened for Green Day, and that time Scott’s double bass was split in two by a rogue drum cymbal.

There were many sing-a-longs, with mosh-happy punters scattered throughout the crowd on the floor while others happily danced and bobbed along from the nosebleed section.  ‘Second Solution, ‘White Noise’, and ‘Prisoner Of Society’ all went off and the band finished with an extended version of ‘Uncle Harry’. 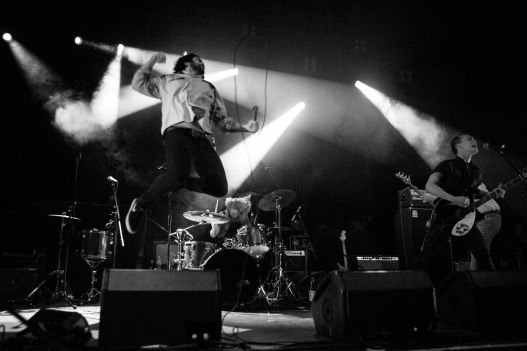 Playing a setlist comprised of high rotation favourites ‘Bible Camp’, ‘Stuck On You’ and ‘Moving Out’, the energetic seven piece produced an awesome sound that made the uninitated take notice.

Although there is a whopping seven band members on stage, they all brought their own dynamic contribution, making them a pleasure to watch.

It was a great Friday out and, finishing slightly over time, it was still early enough for those who wanted to keep the party going. We would be more than happy to have The Living End grace our presence again in the future.

Review and photos by Kay Cann

Wake Up The Vampires

End Of The World

One Said To The Other