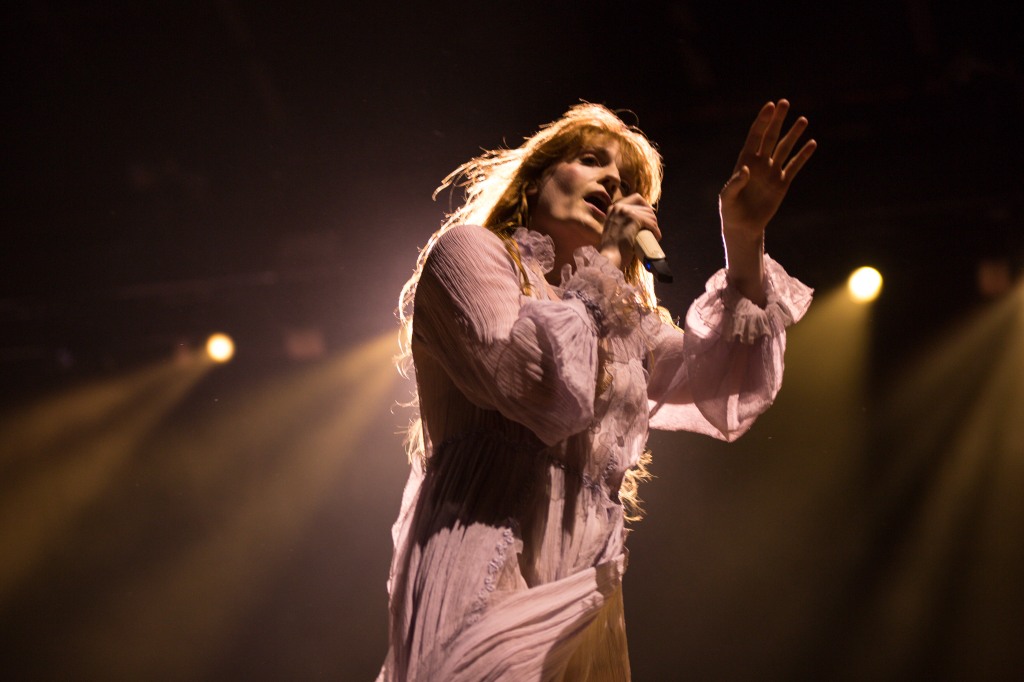 It’s hard to believe that, ten years in, Florence + The Machine are on their first headlining tour of the country (with previous visits only to selected cities or on the festivals circuit). But given the reaction to last night’s show in Adelaide Botanic Park, there’s very strong case for more tours in the future.

In the middle of a scorching Adelaide heatwave, an evening sprinkle of rain and hoses sprayed into the crowd provided just enough to cool things off a touch for the appreciative crowd to enjoy the magic. With most of us locked up inside hugging our air-conditioners all week, everyone seemed ready to let loose and enjoy themselves. 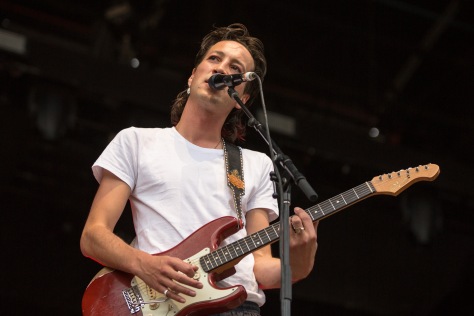 Listening to exquisite sounds on hot night in Botanic Park, there was a touch of WOMADelaide about the evening. In fact none of the artists on the line-up would be out of place on the world music festival stage.

Opening the show, Marlon Williams noted that it was the first time he had played this picturesque venue since the 2016 WOMAD event. Riding the success of his internationally acclaimed 2018 album Make Way For Love, Williams has come a long way in a few short years. His blend of blues, soul and alt-country channelled through a startlingly pure vocal style that brings Roy Orbison to mind is quite seductive and really engaged the building audience. It’s rare to see the opening act get the audience so on-side. This is due in great part to Williams’ ability to easily change gear: rollicking one moment and plaintive the next; it was a highly enjoyable set. 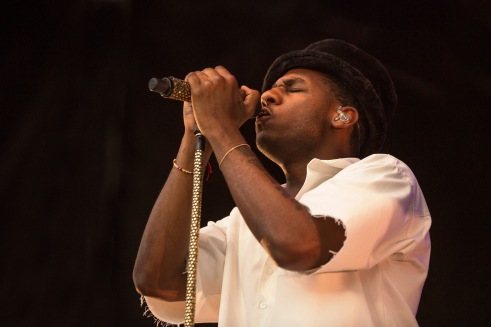 The next delight was Leon Bridges, who could be headlining a big Australian tour in his own right. Backed by a superb seven-piece band, Bridges switched between contemporary sounds and old school funk and soul. With a sublime voice capable of filling the park, he’s a great front-man, full of energy and establishing a real connection with the audience. As the sun disappeared and a few rain-drops fell, Bridges really got the feet moving and then disarmed us by finishing with a beautifully unadorned rendering of his breakthrough song ‘River’.

High as Hope represents a real high point for Florence + The Machine and her set treated us to a generous helping from the new record. Beginning with album opener ‘June’, the band showcased their capacity for effective dynamics, beginning softy before building to something big and truly powerful. When Florence let loose with her Kate Bush free-form dancing part way through the song, the crowd were completely with her.

From there the energy just got bigger with the recent single ‘Hunger’ provoking a park wide sing-along. The setlist also dipped into older material, covering songs from all the Florence + The Machine albums going back to 2009’s Lungs. 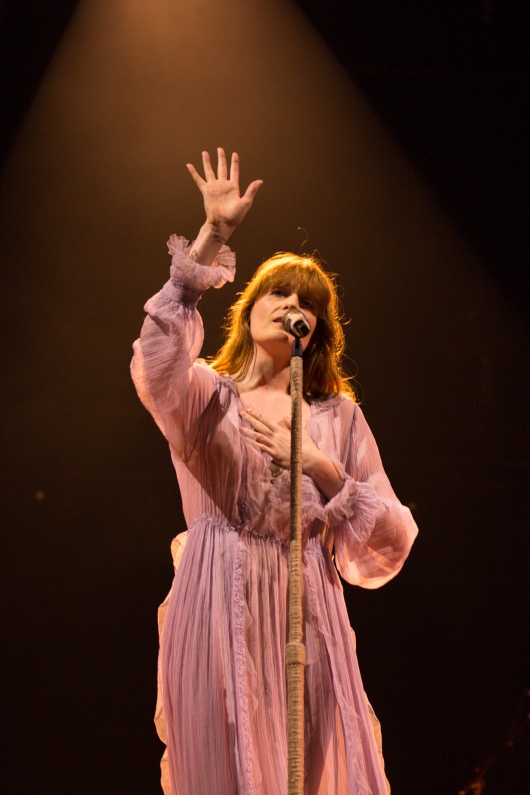 For an introvert, Florence was surprisingly talkative and candid during the set, more so as the gig went on. There were invitations to clap, jump, hug and sing, as well as a directive to put phones away and just experience the power of the music during crowd favourite, ‘Dog Days Are Over’.

The sound was excellent throughout the show, providing a great mix of the nine performers on stage, including the lush harmonies and Florence’s powerful voice. An excellent band, The Machine blend harp, violin and percussion with more traditional rock instruments into something quite beautiful.

There were highlights aplenty, but some of the other standout moments included ‘South London Forever’, the Patti Smith inspired ‘Patricia’, ‘Cosmic Love’ and the encore set of ‘Big God’ and ‘Shake It Out’.

Florence + The Machine really give a first rate performance, creating music in a way that’s a genuine experience for the audience. Much of this is due to Florence Welch, a unique talent with an amazing voice, who throws herself into her art in way that you can’t help but connect with it. May there be more of these tours to come!