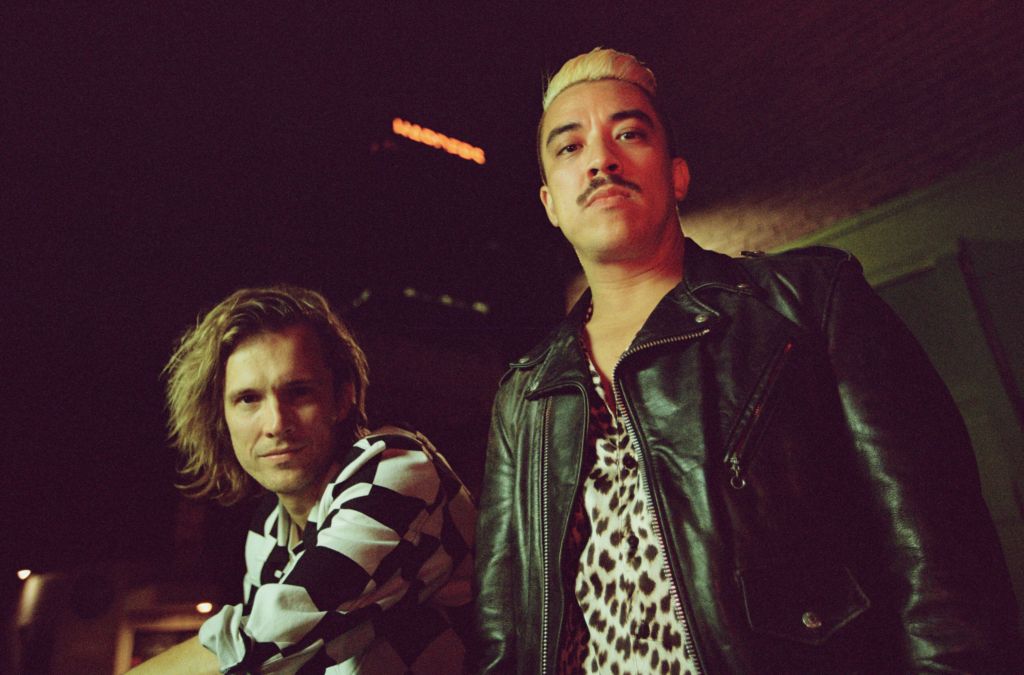 It always makes for a very entertaining show when you can tell that the main act are having a good time. Polish Club are in a great place right now. Having just released a ripper second album, they are are touring as an expanded three piece and clearly enjoying themselves.

Walking on stage to Vanessa Amorosi’s ‘Absolutely Everybody’,  the band ripped into the set with a trio from the new record: ‘We Don’t Care’, ‘Iguana’ and Goddamn!’. The songs showed how they are making the most of their expanded sound with the addition of touring bassist (and occasional keyboardist) Wade Keighran to the usual two-piece.

Frontman David Novak was in fine voice and enjoying the freedom of being able to rip out riffs with a backing of a bass-line and displaying great chemistry with the explosive drumming of John-Henry Pajak.

There was also plenty of the old material on offer too, the energetic ‘Beeping’ made an early appearance and others, such as ‘Gimme Money’, ‘Come Party’ and ‘Divided’ were scattered throughout the set.

The recently re-vamped Lion Arts Centre was a fine venue for the act, with its large stage and excellent sound it suited Polish Club’s raucous garage rock perfectly. The strong numbers at the gig made for an atmosphere suited to this celebration of the former Kings Cross night spot that gave the new album its name.

But the band also made an effort to connect with all things Adelaide, Novak paying homage to Boost Juice’s Janine and Pajak trying to find Brian from West Thebarton in the crowd to replace his recently stolen tambourine.

It’s also refreshing to see an that this act doesn’t care for a sanitised, note perfect performance, preferring something honest, raw and a lot more fun. Even the mistakes are part of the experience, as was evident with their version of MGMT’s ‘Electric Feel’, which began with high energy before ending in a glorious shambles that had the band in stitches. It was also true of the choice of encore. Admitting they had not played ‘All I Want for Christmas’ for some time, they worked it out on stage and it made for a wonderful, if anachronistic end to the night.

With strong supports from Dulcie and Approachable Members of Your Local Community earlier in the evening, Polish Club’s Meet Me at the Iguana gig was everything a rock and roll show should be: loud, fast and buckets of fun.