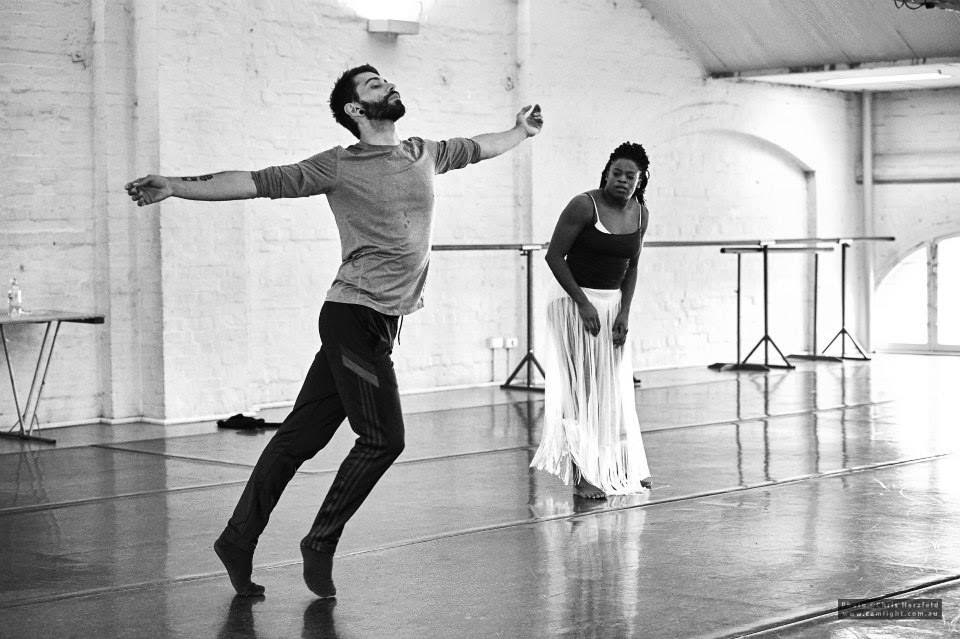 A Dying Swan is Jaber’s first work since taking over the role of Artistic Director of the multi-award winning dance company from founder and dance legend Leigh Warren.

Choosing this particular work to put his artistic spin on, Jaber wanted to reach beneath the surface of the original story and create something extraordinary.

“It’s a solo created for a very famous ballerina and I was looking at Kialea-Nadine Williams. I can relate to her approach to her work, kind of like what you read of Anna Pavlova; this incredible, technical foundation, this body that can do anything, but above and beyond that, just this artistry and ability to transpose very complicated emotions. I was watching the ballet on YouTube, really randomly. I was watching the works of Fokine, who choreographed the original Dying Swan, a three minute piece, and I thought it was so much more complex than a swan that’s been shot with a crossbow and is dying,” Jaber says.

“I see swans as symbols of love, and I saw the solo as something about loneliness. Swans like to pair up for their whole lives as couples, it’s very romantic. I wondered what happened if one of them dies or flies away. That was the question I was left with; this kind of painstaking loneliness. And it was also something I had quite an intimate, personal experience with recently. So it seemed very fitting to make something that I was very close to, in terms of my own personal experience, and be embarking on a work that everyone can understand and relate to.”

Jaber has deconstructed, interpreted and extended Fokine’s The Dying Swan to present a feature-length production to be performed at the studio’s stunning, loft-style premises.

“The original 1905 solo was only three and a half minutes, but our version sits between 35 and 40 minutes duration, and has many of the elements of the original ballet drawn out and analysed and then recomposed into something quite commercially savvy and beautiful,” he says.

In creating this new work, Jaber could think of no one better to play the role than Williams, a fellow former star of Australian Dance Theatre, and newly appointed LWD Education Manager.

“She’s worked with me on everything I’ve created so far, since my very first project as an independent in 2008, which was only a couple of weeks after she arrived in Australia. So we’ve been working together for many years and we’re also best friends. I would say we’re like family, like brother and sister; a very tight bond,” he says.

“Knowing that we only have a really short amount of time to create the work, and it’s something very personal, I wanted to share it with someone very close to me who would cast no judgment and have no issue with being open and vulnerable themselves, and Kialea is that person. But more so from a professional perspective, she’s just amazing! She can act, she can dance, she can sing; she can do ballet, contemporary, hip hop, jazz. She’s one of those dancers you look at and go, ‘What am I going to do with you? There is so much I could possibly do!’ And you need that when you’re making a solo with someone – that incredibly mature presence as a performer; incredibly technically proficient, and very open and brave.”

Together, Jaber and Williams have created a piece of dance theatre which, for Jaber, is a step forward as a more assured and courageous artist.

“For a long time, I made very abstract, purist work, mainly combining classical ballet and contemporary dance. But something has changed this year. I’ve been doing a lot of commissions with companies around the world and I’ve found a new confidence to create work that speaks of the human condition,” he says.

“Before, I was afraid of that. I just wanted to make beautiful dancing that people watched, purely for its technical skill, physicality and composition. Now I want to make work that makes people cry, or makes people laugh, or makes them nervous. It’s a newfound confidence to explore those things.”

With Jaber’s A Dying Swan, LWD will launch as a performance space, which he’s looking forward to showing off.

“Leigh’s been there for 14 years in our classic, fabulous studio space, but it’s not been used before as a performance venue for contemporary dance. There’s been a couple of exhibitions and smaller things in there, but not to present a major season of a new work. The space itself is stunning. It’s a loft-style open studio with amazing old windows that look out onto North Terrace, and it’s got a real New York loft, grungy vibe,” he says.

“Finally our audience can come and see how amazing the space is. Now anyone looking for a venue for something a little bit alternative can see the potential of it as a performance space. It’s the most inspiring space I’ve ever worked in. I’m really sensitive to environments when I’m creating and, I don’t know if it’s the history that Leigh’s had in there with his company, or the space itself, or the beautiful natural light; but there’s something about going in there where I don’t have to find things to do. It just seems very natural and organic.”

Despite having international acclaim as a dancer and a choreographer, Daniel Jaber is grounded, modest and proud of his South Australian roots.

“I love that what we do here is diverse in terms of artistic merit. I find, in bigger cities, that artists almost catch a trend with the work, and contemporary art becomes something of that time and that period and that place. What we have in Adelaide is perhaps due to lack of exposure or international influence. Not to say we don’t have any, but we have less than a bigger city,” he says.

“Because of that, we’re forced to ask ourselves as artists, what do we believe in? What do we like about our work? What do we want to say? What is our aesthetic? We ask those questions personally, as opposed to collectively as a community, so I really enjoy that. I like working somewhat in isolation. I’m not oversaturated with other influences and I just get to get on with my business and it inspires really strong, individual, idiosyncratic work.

“In Adelaide, we demand a lot because we know the gap is there, and we understand our potential is to fill that gap and give audiences, in terms of dance, amazing experiences that they aren’t privy to every weekend. So when we do have to have the responsibility to put on a show, I think we work extra hard,” Jaber says.

After the season of A Dying Swan closes, Jaber will jet off to America to continue more of his good work, and add a few more strings to his bow.

“I’m venturing off to the States for my first work on a major ballet company, the Houston Ballet, which is huge! It’s an outcome of winning the AICD Choreographic Competition last year. I’m really excited about that. I’ve always wanted to work with a ballet company and now it’s finally coming true, so that’s awesome. I’m also working on a community dance project in Los Angeles before coming back to Adelaide.”