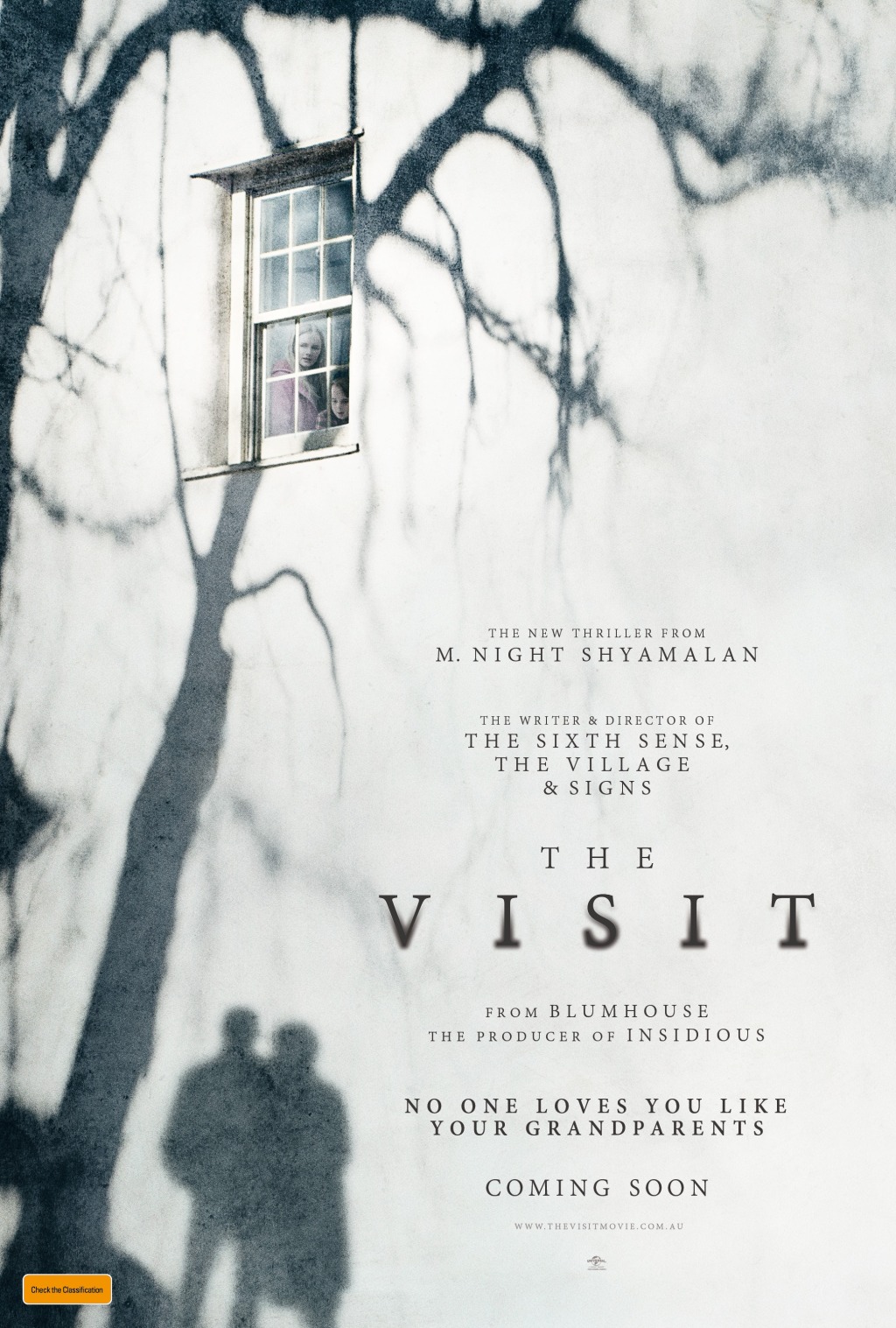 The Visit tells the story of Tyler (Ed Oxenbould) and Becca (Olivia DeJonge) who board a train to spend a week with their maternal grandparents.

Due to their mother (Kathryn Hahn) being estranged from her parents, the kids are meeting their grandparents for the first time, so aspiring filmmaker Becca decides to make the trip into a documentary.

When they reach the Pennsylvania farm to meet Nana (Deanna Dunagen) and Pop Pop (Peter McRobbie), it all seems quite nice until sunset when things start to get a little weird.

The film has clever twists and a genuinely funny script, and the cinematography adds depth, intrigue and horror through use of the handheld camera.

The four main actors are powerful, hilarious and terrifying, each drawing the audience in to every thrilling moment of the narrative.

Aussie actor Ed Oxenbould (Alexander (and the Terrible, Horrible, No Good, Very Bad Day), Puberty Blues) plays Tyler the germaphobe rapper who gives the film some top-notch comic relief, as well as some of the film’s most poignant moments.

The young AACTA Award nominated actor spoke with The Upside News recently and said he chose to do the role without seeing the script, because he was keen to work with the renowned director.

“When I got the audition sent to me, there was no script, no story or character synopsis. I really knew nothing except that it was M. Night Shyamalan, which was enough to get me to want to do it. I knew it was going to be a horror or a psychological thriller but I was excited as soon as I saw it was Night,” he says.

The film has the ability to offer belly laughs, only to snap you back to reality with Shyamalan’s signature psychological horror.

Ed says this is what he loved about the film, as he’s not an avid viewer of the horror genre.

“I’m not a huge horror fan. It’s not really my thing. I’d much rather watch a comedy or a drama. I don’t like ghosty things, but I do like psychological thrillers. I like things that mess with your mind and make you think. This film gets in your mind because it’s so real. It could happen. It’s believable,” he says.

“I love the perfect balance between horror and comedy. That’s what I thought was so great when I finally read the script. That’s what really drew me to the project and that’s what sparked something in me. I love the idea of having something extremely funny and extremely scary.”

Ed’s character, Tyler, is a wannabe rapper and his impromptu freestyle performances provide many comedic moments.

He says performing in these scenes added to the unique and rewarding experience of filming The Visit.

“Filming the horror scenes were really scary and sometimes very hard and required a lot of focus; then the comedy scenes were a lot of fun because my character is a rapper so it was great to do some raps and crack jokes. The whole experience was great and unique. It was like nothing I’ve ever done before,” Ed says.

“Some of the scenes are dark, which require your all, and were pretty tough to film. Night pushed us hard and grilled us. He made sure we were putting in everything we had, and he was getting everything out of us. Sometimes those scenes were really difficult to film because of the way it’s filmed. It’s filmed like a mock documentary. The camera is always moving around, which made it really interesting, and a really different shooting experience.

“Often they couldn’t have lighting or props being seen, so more often than not, when we were filming, we couldn’t see anything besides the camera so you often forget you’re on a film set. You feel transported into this world and you feel genuinely frightened. Most of them were one take so you had to get everything perfect. It was a really great learning experience.”

The 14-year-old Melbournian had a starring role in the 2012 Australian short film, Julian, playing a 9-year-old Julian Assange; he moved on to play David Vickers in the TV show Puberty Blues, before landing the main role next to Sam Worthington in Paper Planes in 2014.

In the same year, Alexander (and the Terrible, Horrible, No Good, Very Bad Day) was released which had him playing the title role alongside Hollywood greats Steve Carell and Jennifer Garner.

Ed can hardly believe the journey he’s been on, and the humble young actor says he owes a lot to good fortune.

“I’ve been extremely lucky with all the things I’ve been able to do, like with Alexander, then Paper Planes and now The Visit. I’ve learned different things from each one,” he says.

“From Alexander, I worked with fantastic people like Steve Carell and Jennifer Garner; they taught me a lot about comedy and comedic timing. With Paper Planes, I learned a lot about drama. And now with The Visit, from Night I learned about knowing your character, about being really real and having a genuine connection to the cast members. On e 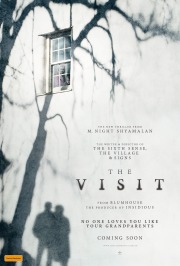 very single one. I’ve learned so much and that’s all contributed to me as an actor.”

The Visit is in cinemas now, thanks to Universal Pictures.

Enter our competition to win tickets to see The Visit.