If you’re a forward planner, and a romantic, you might want to lock in St Valentine’s Day 2016 at Leconfield Wines for a date with Tina Arena.

The legendary songstress will play A Day On The Green with Simply Red and Natalie Imbruglia.

The tour follows the release of her new album Eleven, which consists of 11 new tracks and collaborations, and is coincidentally (or not) Tina’s eleventh studio album.

Speaking to us from Sydney, where she’s moved after many years living and working in Europe, Tina says she’s feeling settled and happy back home.

“We’ve been spending time here over the past four years, so it’s not very new, but I just like being home. I like being with the family, having mates close by and not being on my own. It’s kind of nice,” she says.

Having started her career at nine years old on TV’s Young Talent Time in 1977, Tina has spent her life in music, which is reflected in her candid songwriting.

Eleven is a lyrically powerful and musically upbeat album, which the artist says is credit to her honesty and her relationship with her collaborators.

“I’m somebody who’s not terrified of talking about things, because if I feel that I’m going to be stuck, or if I have to worry people think that it’s politically correct or not, I’ll never walk out my front door, nor will I get out of bed,” she says. 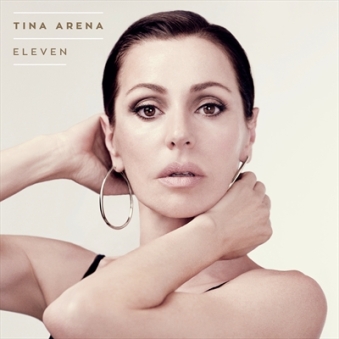 There was a 12-year gap between Tina’s last album Reset and her previous collection of original English language songs, 2001’s Just Me; but Eleven arrived much quicker than she expected thanks to a songwriting event.

After her critically acclaimed national Reset tour late in 2014, Tina was invited to attend the 50 Songs In Five Days international songwriting workshop in Sydney where she met Evermore frontman Jon Hume and a bunch of other writers she gelled with.

“It was five days and different song writers, predominately Australian, with the exception of a few international guest writers who come in. We all get together and are thrown in rooms with about four or five different writers, and everybody comes from different walks of life,” she says.

“That’s what makes the writing really interesting, because we’re not necessarily attracted to the same things musically, but I just find it quite fascinating what can happen when you are passionate about music. And the beauty of not knowing what will happen is really quite a beautiful surprise.”

As well as John Hume, Tina couldn’t speak highly enough of the songwriters who she met, who have since contributed to her album.

“I love Johnny. He and I wrote together with Hayley Warner, and Hayley is a magical, magical songwriter in her own right. Kate Miller-Heidke, is a beautiful writer, Hunter Nixon is another young woman who’s an excellent writer, Hayley Aitken based in Stockholm is an incredible writer; then you’ve got John, my Swedish friends Mattias Lindblom and Anders Walbeck who wrote on my last album too; we really enjoy working together. We all get along really well. It’s fun,” she says.

With a collection of eleven songs and three bonus tracks, Tina says she feels a connection to each one, but there are a few standouts for her.

“‘Not Still in Love With You’ is one I think is amazing, ‘Lie In It’, ‘Unravel Me’, ‘I Want to Love You’; they’ve all got something that’s very special. ‘Unravel Me’ was written at the Fifty Songs in Five Days. That was the first song written for the album and that’s actually the demo you’re hearing. It’s got its own magic,” she says.

The second song on the album, ‘Overload’ speaks of our current obsession with technology and social media, which Tina says is detrimental to our mental health.

“I’ve certainly had my struggles, being far away, and felt depression here and there. We all have. It’s a universal problem. The way I translate it, we just live in a world which is incredibly saturated, so the best way to deal with it, if you feel overwhelmed, is you walk away from those things,” she says.

“Walk away from the computer, walk away from the phones, get some air and breathe. I always find it important to surround myself with friends. We are so overloaded and that’s what that song is about. You look around you and see people in complete saturation and maybe that’s why people aren’t coping.

“Don’t try and keep up with everybody else. We’re in an era of smoke and mirrors, where everybody thinks their life is worse off than others.”

Sound advice from a woman whose career has spanned four decades and who is to be the next inductee into the ARIA Hall of Fame.

You can pick up her album on CD or download and grab your tickets to A Day on the Green from Ticketmaster.