In August 2014, 22-year-old Yamaji woman Ms Dhu died of septicaemia and pneumonia from an infected broken rib while she was in police custody for unpaid fines.

Ms Dhu had complained of severe pain while breathing, but despite being taken to the hospital several times, medical staff deemed her to be fit to be in custody, sending her back to South Hedland Police Station where she was being held for unpaid fines of $3622.

While Coroner Ros Fogliani concluded that police were “inhumane and unprofessional”, no one has yet been charged or reprimanded.

Felix had been working with the young choir when he heard the story of Ms Dhu and her untimely death at South Hedland and wanted to do something about it.

“I was travelling in the Pilbara with members of the Gondwana Indigenous Children’s Choir, and I was writing music for them. We were there doing performances and singing, and I was working on songs based on the area. I heard about this story of Ms Dhu, the woman who died in police custody in South Headland, and I was just devastated by that story, probably more so because I had been working with young indigenous singers not much younger than what Dhu was,” he says.

“And the proximate tragedy of her death compared with the joy I was having with these fantastic singers really brought that story home to me. The song kind of wrote itself. Sometimes you feel very moved by something and the song comes very easily after that. I tried to tell the story just as clearly as I could, and then let the voice of the choir be its heart and its spirit of defiance.”

Many of the lyrics are based on direct quotes from the court room, which Felix says outlines the shocking reality of how much Ms Dhu was failed by those with a responsibility to care for her. 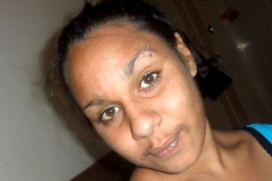 “We were all devastated about that story. For anyone who reads about what happened and how she was let down at every step of the way, it’s really devastating,” he says. “The proceeds of this song are going to Ms Dhu’s mother and the family because they’re been struggling and protesting for over two years and we’re releasing it as a sign of solidarity with them and the community up there.

“You see the coronial inquiry findings were released on the Friday before Christmas last year and we don’t want this story to be forgotten in 2016, we really believe it’s something that has to stay on people’s minds and we’d like to be a small voice in the change that keeps that story burning.”

From the powerful lyrics of ‘Ms Dhu’ to the haunting harmonies of the choir, the song is a formidable protest using imagery, melody and raw honesty to drive its meaning home to the listener.

“It’s really important for me to be true to who I am as a songwriter,” Felix says. “We make music and as a part of that I’ve written a very political song and we’re releasing it as a sign of solidarity with the family, and potentially as a voice for change. I don’t want to kid myself that I’m anything more than I am: I write songs and I’ve written this one, and if it can be a part of a bigger picture then that’s what I’m hoping for. All we can do is write the song, perform it, release it, and try and engage the community and let it serve as a sign of solidarity.

“If you look at what happened to Ms Dhu, she was let down at every step of the way, at every step of the way she could have been cared for and she wasn’t, and it was through sheer neglect and a system that utterly failed her that she is dead now. And I’m not sure that would have happened to a non-indigenous person, and I think that every one of those steps needs to be reviewed and changed. I’m not saying that a song can achieve that, but music is all we can bring to the table, and so that’s what we do, and we hope that we can be a small part of influencing some way for things to be different next time. This case shouldn’t happen; it shouldn’t happen again.”

It’s been 25 years since 339 recommendations were made from the Royal Commission into Aboriginal Deaths in Custody, yet it’s 2017, and a family is left grieving over an entirely avoidable death.

“Anyone who wants to look at the disproportionate rates of incarceration and indigenous deaths in custody can see that there’s something deeply wrong,” Felix says. “And if you look at the footage of how Ms Dhu was treated, there’s an institutional racism at play there which is just totally unacceptable. It’s awful, it’s completely shattering to see someone ignored, not heard and treated like they’re not there. It’s absolutely heartbreaking and, as difficult as it is, people need to see that to realise what is actually going on.”

See the 7:30 Report’s coverage of Felix Riebl and ‘Ms Dhu’ HERE and be part of the social media campaign by using the hashtag #IMISSDHU to get the story circulating and to raise, and keep raising, awareness.