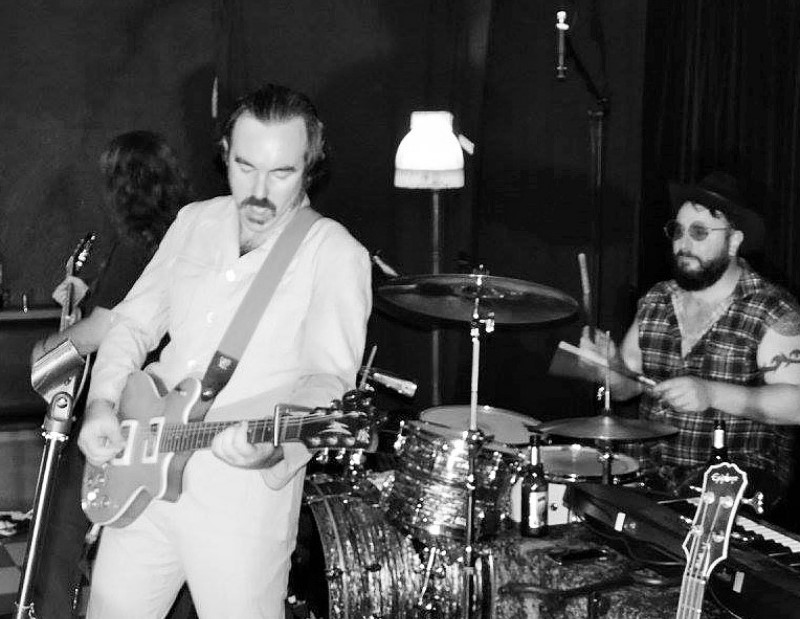 The Vinyl Club is set to get the Worldsend in a spin this Saturday night with an opening Fringe weekend rock’n’roll party.

Dedicated to the hits and legends of the ‘70s, The Vinyl Club was imagined into life when musician and Fringe veteran, Matt Trainor, found himself spinning records to inspire a show idea for 2017.

“Everything just seemed to point to the early seventies: Bowie’s death was still sinking in, we had the Vinyl TV show and even the general resurgence in record sales seemed to be a bridge back to that era,” Matt explains. “And then there were all those other music icons we lost last year. It got me thinking about how there had been a 12 month period at the start of the seventies where we lost Hendrix, Jim Morrison and Janis Joplin all in one go. I guess I just kept coming back to it.”

Since 2014 Matt has collaborated with wife, Libby Parker, working under the name Fashionably Late, to produce Fringe cabaret shows. Last year’s effort Something Borrowed, Something Blues played to sold out audiences on one of the hottest weekends of the year and paved the way for The Vinyl Club in this Fringe season.

“We put together a band called The Counterfeiters and we such had a great experience, it just worked really well. Playing to a full house on what had been a 40 degree day in a venue with no air conditioning, it was certainly hard work, but there was something authentically rock’n’roll about it. We enjoyed the experience so much that I thought The Counterfeiters deserved their own show this year.”

The Vinyl Club moves Matt and Libby away from cabaret to a fully-fledged music show, inspired by the music of the early seventies. 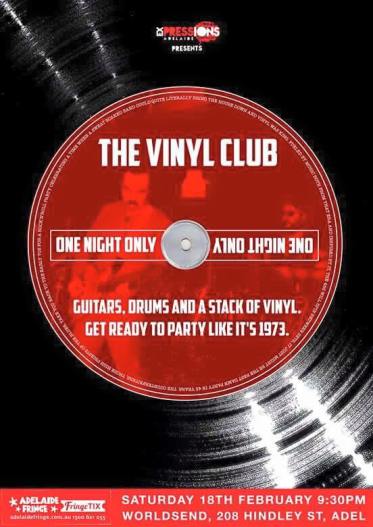 “In finding a focus for the show, that era just seemed right,” says Matt. “Plus we already had some of the music in our repertoire! It was also a period where the authenticity of live performance was really celebrated, while, on the other hand, there was no shame in covering other people’s music: Led Zeppelin and Hendrix borrowed from the blues tradition, while Bowie seemed to be giving his music away to a whole range of artists, and then you’ve got Joe Cocker who made a career out of transforming other people’s songs.

“So in that spirit, we are taking this music and making it our own; some of it will be rendered faithfully while other songs are given completely new arrangements. For instance Pink Floyd gets a funk makeover, while Led Zeppelin is taken back to its blues roots.

“So this is not a tribute show,” Matt goes onto explain. “It’s about capturing an ethos and an atmosphere. Sure we are going to play The Doors, Bowie and even some early Springsteen, but we are also having fun with it and we’re not afraid to change things up. We’ve even got a Kylie Minogue number that we do in a seventies blues style!”

The band itself has been through a few line-up changes as well.

“Rodge Smith, who plays with Squeaker, is just a fantastic guitarist who has slotted in perfectly. And then we have Lauren McAleer, who used to sing with Juliette Seizure and the Tremor Dolls, who’ll be doing vocals along with Libby and me. Both of them bring a whole new energy to the band. Meanwhile, local music legend Sean Kemp returns on drums; he can really channel the spirit of John Bonham and this year he’s promised to go the full Moby Dick solo, so that will be a real highlight!”

And in keeping with the spirit of the era (and indeed the name of the show), Lauren and Libby will act as DJs through the night, spinning seventies vinyl between the live music.

It all sounds like the perfect way to get into the Fringe groove.

The Vinyl Club is on this Saturday night only (18th Feb), from 9:30pm at the Worldsend Hotel, Hindley St.

Tickets can be purchased via FringeTIX here.