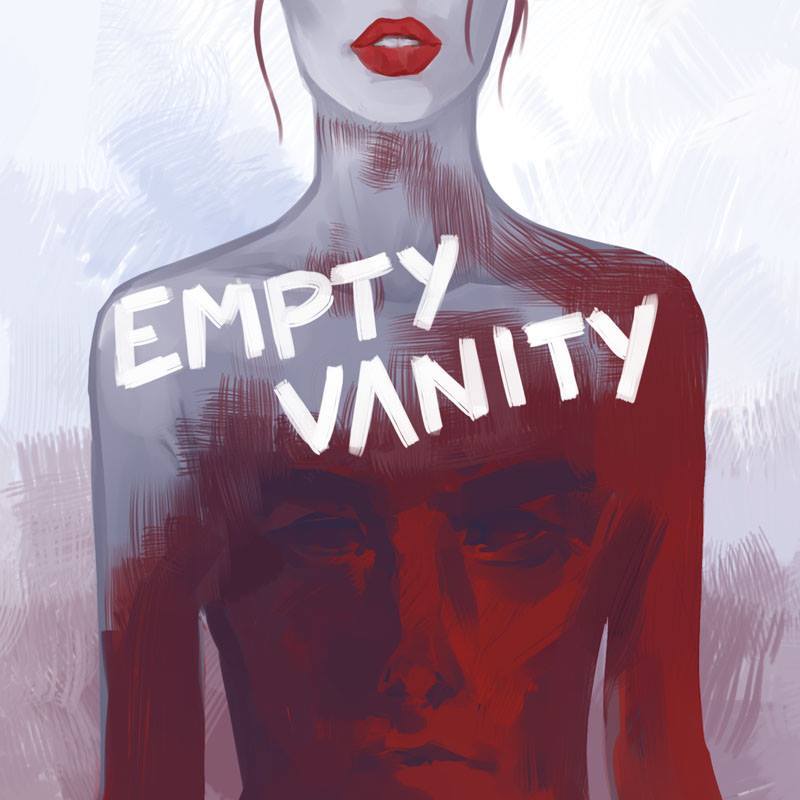 It was a welcome reprieve from the heat last night in the Bakehouse Theatre as a throng of (mainly youthful) theatre-goers gathered to witness the directorial Adelaide Fringe debut from James Watson, Empty Vanity. At only 18 years old, it’s an impressive and original piece of theatre from someone who has only just finished high school.

Empty Vanity features a series of unrelated vignettes, all with their own message. With minimalist sets changed in between scenes, the performances rely heavily on dialogue and nuance between the characters. With the intimacy of the theatre, and with me sitting in the front row, there was nowhere for the actors to hide.

It begins with an encounter between a prostitute and a man on the street that descends into the creepy. It was an unnerving starting scene, which was then replaced by a couple who had just returned from a funeral. The woman’s unmoving sadness contrasted with the man trying to cheer her up and getting frustrated at her lack of response to his efforts.

The prostitute and the creep then made a second appearance, this time a post-coital bed scene with a dark twist.

From here we are taken to a bar where a middle-aged woman has an encounter with a lonely man. A man so nervous he was actually shaking with fear. Kathy Strauts put in a superb performance as the woman putting up with the awkward wreck

A broke man and stripper engage in a lap dance that one party enjoys more than the other, and a second scene involving the same man explores domestic violence with his friend.

One of the strongest performances was one of a mother and daughter arguing about her moving out of home. The effects of divorce on a child and how they are used as a tool between feuding parents were prevalent in this emotionally charged scene.

It ends with a cabbie and drunk on a ride home, both revealing parts of their lives in the journey home.

The disconnected nature of the play was enough to keep me interested in what was coming next and it was a solid effort by emerging playwright Watson. Empty Vanity touched on a lot of themes in 60 minutes but the overall takeaway message of the different dynamics of relationships was made clear. It was well cast and I look forward to seeing Watson’s craft develop.

Empty Vanity is showing at the Bakehouse Theatre until March 4. Pick up your tickets HERE.