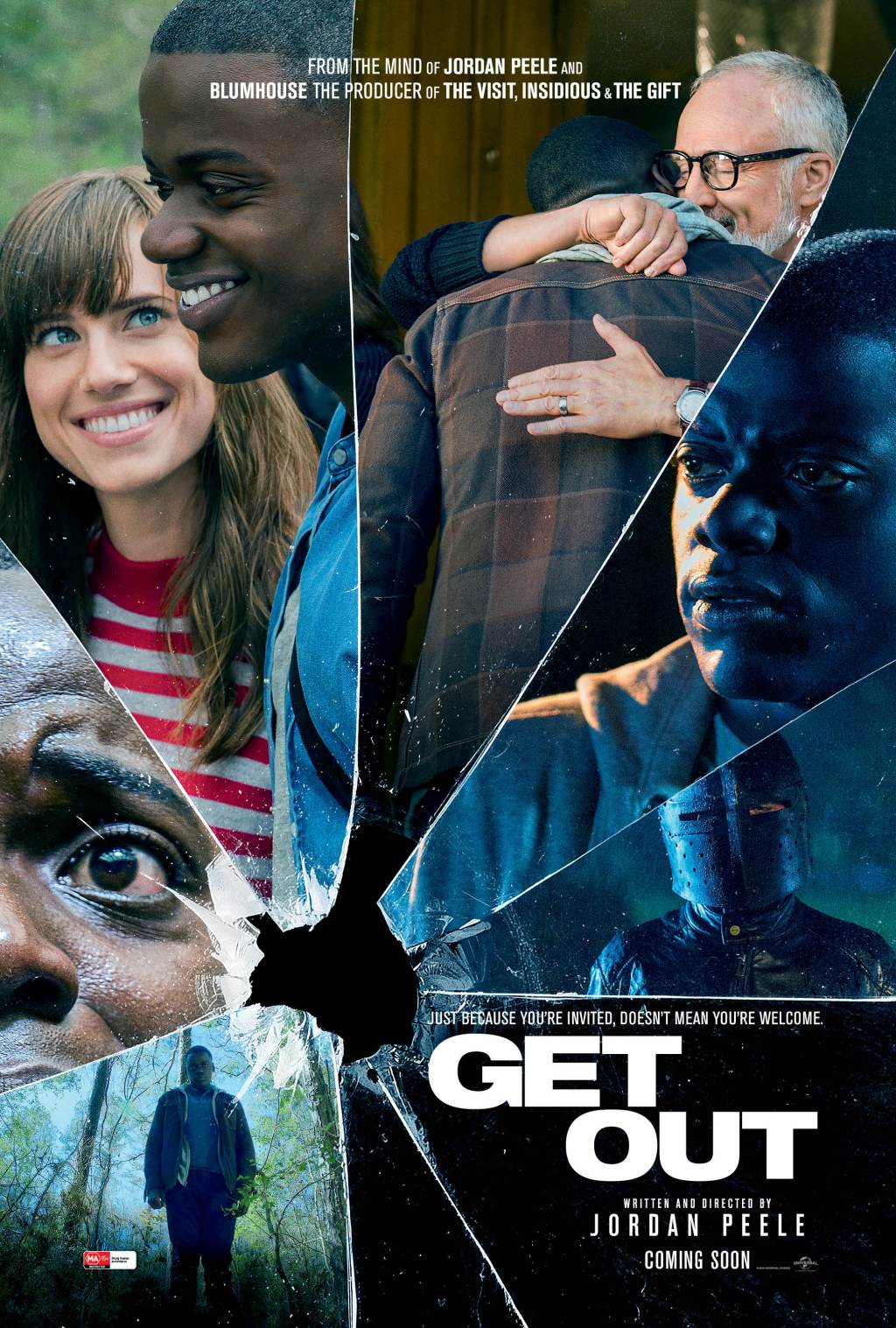 Get Out is the directorial debut of Jordan Peele, one-half of the comedic duo Key and Peele.  I could label the film a ‘black comedy’, but upon seeing the film, you’ll understand why I would say that with a level of trepidation.

The film follows a young African-American man, Chris (Daniel Kaluuya), who is in the throes of a blossoming new relationship with Rose (Allison Williams of Girls fame).  They decide to spend the weekend at Rose’s family estate, and Chris is somewhat apprehensive, as he will be meeting the family for the first time.

Upon arrival at Rose’s family property, everything seems idyllic… a little too idyllic.  Rose’s father, Dean (Bradley Whitford), reassures Chris “If I could have voted Obama for a third time, I would’ve.”  From there, the racial cliques outbound and Peele confronts both overt, and subliminal, racism head-on.

It becomes blatantly obvious to Chris that all is not at it seems amongst Rose’s Stepford-wives-like clan.  There is a sense of discomfort as Chris is left to navigate the sinister forces at play and make sense of the fact that the only other African Americans at this property – the staff – are in a highly subdued, compliant state.

In many respects, Get Out is a formulaic horror film.  An unsettling opening to set the tone.  Sound effects that make you jump.  Characters that just won’t die!  But, in other ways, it is completely different, and bitingly clever.  You’ll be gasping one minute, and ‘lol-ing’ the next.  LilRey Howrey, as Chris’ friend Rod, is brilliant as the comic sidekick who breaks the palpable tension with his outrageous one-liners.

Get Out is engaging, clever and leaves you on the edge-of-your-seat throughout.  To say more would be to its detriment, go and see it yourself, as Peele’s film is like no other.

Enter our competition to win a double pass to Get Out!