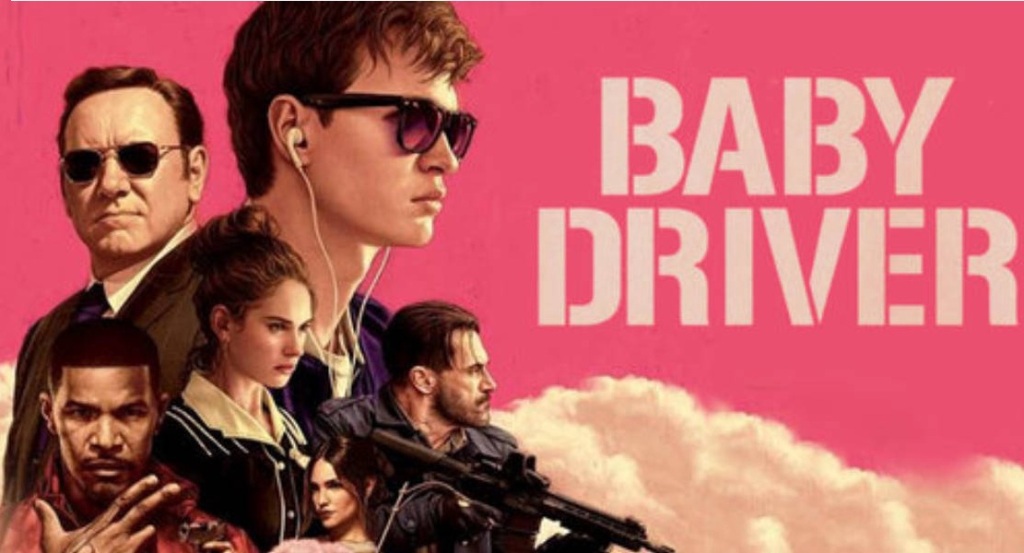 Brilliant writer and director Edgar Wright has risen beyond all expectation by creating this stylish thrill ride of a film. The plot of Baby Driver revolves around a young and talented getaway driver who is coerced into being involved in many different heists. The star studded cast includes, Ansel Elgort, Jon Hamm, Kevin Spacey, Eiza Gonzalez, Jamie Foxx, Jon Bernthal and Lily James.

Wright once again brings his trademark visual comedy which doesn’t take centre stage in the film but is still perfectly sprinkled around, which lightens the tone at some more serious scenes to remind the audience of the film’s comedic side.

All performances from the actors were great, with special mention to Jon Hamm for his ability to perfectly express the character’s motivations. The weakest out of the cast would most likely be Jamie Foxx who didn’t quite establish his character enough through his mannerisms but was still overall really good.

The only negative aspect to the film was that the love story between Ansel Elgort’s and Lily James’ characters felt slightly rushed so when it tried to make its impact on the audience I felt it didn’t really reach its full potential.

Baby Driver is in cinemas now.