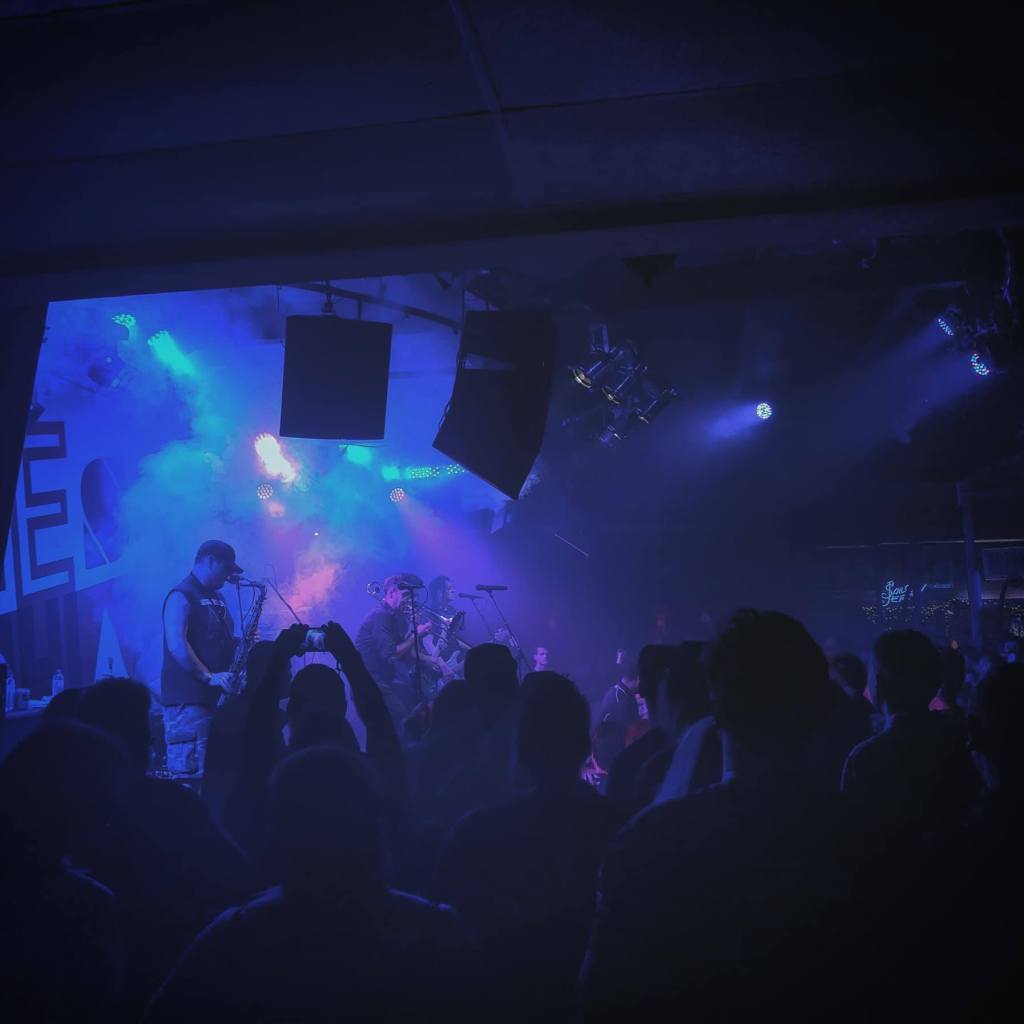 It has been twenty-five years since Less Than Jake formed to join the new wave of ska bands keeping the genre alive. To celebrate Less Than Jake brought their new EP Sound The Alarm and an array of classics to The Gov as part of their 25th anniversary Australian tour.

Four-piece Melbourne punk rockers Foxtrot opened the night with a singalong for the early comers who knew their discography. Having supported other ska bands such as The Bennies and The Aquabats, Foxtrot were no strangers to some in the audience. Foxtrot provided classic skater punk rock that everyone enjoyed.

Bodyjar received a hero’s welcome as they took to the stage in Adelaide. Backed with a handful of ammunition in their tight four-track EP Terra Firma, Bodyjar provided the nostalgic jams with something fresh thrown in. The highlight of the set was when two worlds collided as Less Than Jake bassist Roger Lima took to the stage to sing everyone’s favourite song ‘Not The Same’.

Less Than Jake performed a career spanning setlist covering everything from 1996’s Losing Streak to 2017’s Sound The Alarm. It’s impressive that Less Than Jake manage to stick to their blend of punk-rock heavy ska, while still creating something distinct and fresh with every release.

However, the highlights with Less Than Jake are the evergreen classics such as ‘Look What Happened’, ‘All My Best Friends Are Metalheads’ and ‘The Science Of Selling Yourself Short’. These were evenly spread across the setlist with hidden gems sprinkled in such as ‘P.S. Shock The World’ and ‘Rock-N-Roll Pizzeria’.

The night was ended with ‘The Ghosts’ Of You And Me’. As described by frontman Chris DeMakes, they may not be as good looking as they once were twenty-five years ago, but they sure as hell do play a lot better. The twenty-five-year tour is a must-see for any Less Than Jake fan.

Read our interview with Less Than Jake drummer Vinnie