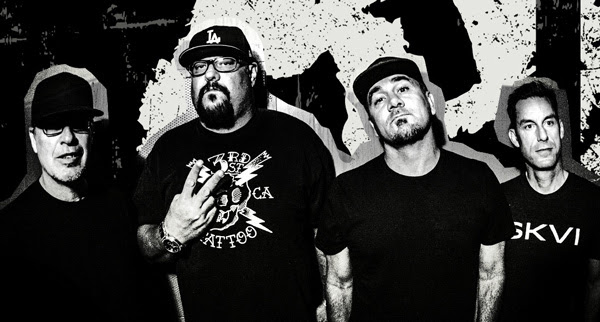 The Bronx played a lengthy high-intensity set and were a beloved support act for the old-school punk rock crowd. Matt Caughthran jumped into the pit with the crowd, injecting a much-needed shot of energy. Caughthran stayed with the audience for half the setlist, moshing and screaming with fans for highlights such as ‘Heart Attack American’ and ‘Knifeman’.

The new HQ venue was at capacity with the audience engulfing the 3-story venue peering over one another to get the perfect view. ‘Full Circle’ was a seminal album for punk rock and everyone in the audience. This was evident as Pennywise went straight into the first track of the album ‘Fight Till You Die’.

Although the audience knew the whole album near word for word, the true standouts included ‘Society’ and ‘Running Out Of Time’. Before going into the final song of the album, Pennywise extended the setlist by performing covers including a punk rock version of the Beastie Boy’s ‘Fight For Your Right’.

The night ended as it always should at a Pennywise concert, with the mammoth sing-along that is ‘Bro Hymn’. Seeing Full Circle in full is an experience every punk rock kid should grow up to see live.