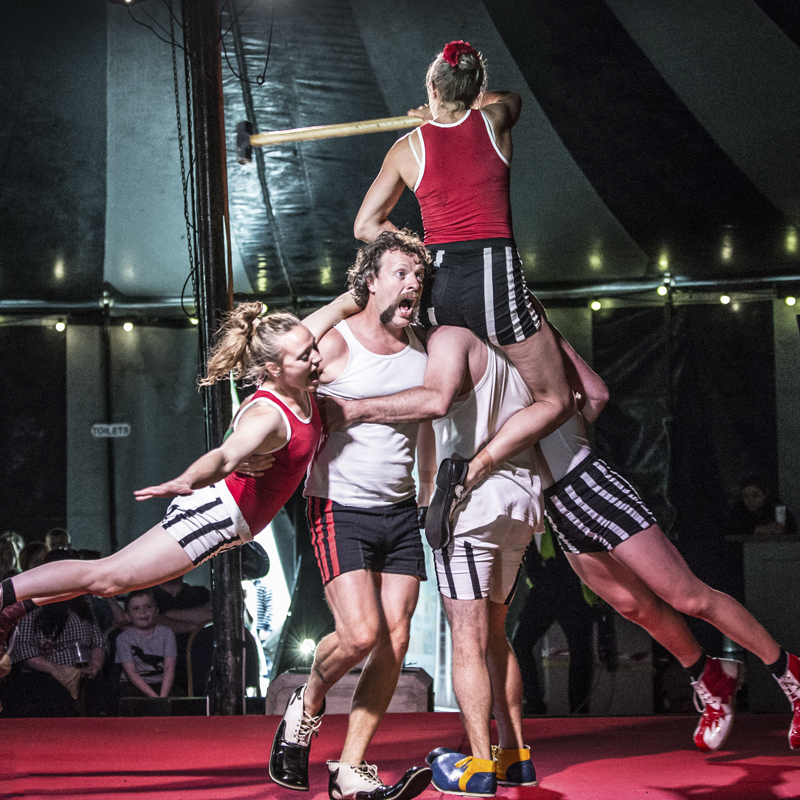 Circus shows are so ubiquitous at the Fringe these days that if you are going to do one it needs to be really, really good. Luckily Unsuitable fits into that category, with their collection of circus routines both comedic and astounding at times.

Unsuitable is performed by the Irish collective Tumble Circus, with the show containing lots of separate narratives combined with circus performance. Held at The Empire Theatre at RCC, the round venue was the perfect size and shape for everyone to witness and a feel a part of the show.

While the comedic elements of the show were fantastic, the best part was the performance to Prince’s ‘Purple Rain’. This was the one part of the show with no jokes but was simply just beautiful.

Unsuitable knows what it is trying to achieve and knocks it out the park. If you want a fun evening with circus then this is the show for you. Definitely check it out.