Eliot has created a Raspberry and Honey Blonde Ale in aid of the international day to celebrate beers and brewers.

“People can expect an early taste of summer when they try this ale,” says Eliot. “The raspberry creates a slightly tart flavour, whilst the honey brings a hint of banana to the brew. The taste is not unlike that of sour peach heart lollies – light, crisp and refreshing – one that even non-beer drinkers will appreciate.”

A keen homebrewer since he was 18, and now qualified with an Honours Degree in Chemical Engineering, a Bachelor of Science majoring in Chemistry and a General Certificate in Brewing from the International Brewers and Distillers Association, Eliot joined the Lady Burra Brewhouse team as an apprentice in November 2017. 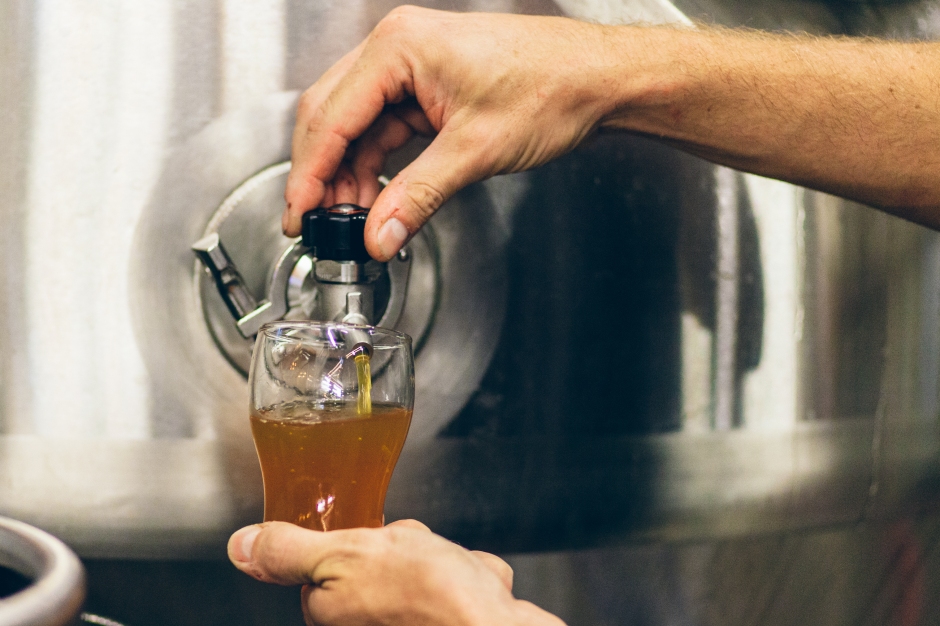 Eliot has recently achieved the role of Head Brewer, showing a strong vision for the Lady Burra brand, with a focus on supporting local suppliers.

“I want to see our seasonal beer range, like the Golden Ale and Stout, incorporate seasonal fruits from our local suppliers into the brewing process,” says Eliot.

“As for our core range of beers – the Pilsner, Pale Ale, IPA and Red Ale – I will be continuing to brew these high quality, delicious beers that our customers love, whilst making sure to constantly evolve and improve the Lady Burra label.”

The Lady Burra brand is going from strength to strength; in June this year, the Owners of Lady Burra Brewhouse, Kidd Retail Group, were the successful proponent to redevelop the Boiler House at the Tonsley Innovation District into a brewery, under the Lady Burra label. The new 800 square metre Boiler House will be transformed into a fully functional brewery, supplementing beer production at the CBD based Lady Burra Brewhouse to supply keg beer to other outlets, as well as the potential to produce a range of bottled or canned beers.

To further celebrate World Beer Day, anyone who purchases a pint of Eliot’s Raspberry and Honey Blonde Ale on Friday, August 3rd will go into the draw to win an exclusive ceramic Lady Burra Growler filled with the speciality beer, handcrafted by local pottery designer Guy Ringwood.