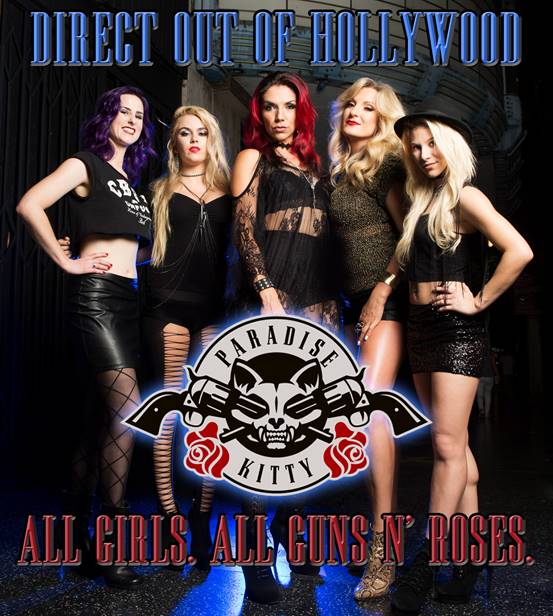 You don’t have to have lived through bleached spiral perms of the 80’s to be familiar with Guns N’ Roses; after all, Appetite for Destruction has sold over 30 million copies since its release in 1987.

But L.A, based female tribute band Paradise Kitty are still living the Gn’R days and they are bringing the show to Fowler’s on Friday night with guests Poison’Us

“What could be more fun than jumping on stage every night, playing such epic songs?” says Rachael Rine, the band’s drummer.

Hailing from Hollywood, Paradise Kitty will be touching down in Australia for the first time this month with a promise to be anything but predictable.

“Expect the unexpected. Like Guns N’ Roses we like to stay off the cuff but in the groove.” explains Jenna Syde, the band’s lead vocalist.

And a surprise appearance may also be on the cards too.

“You never know who might jump on stage to play a song or two with us,” Rachael says.

These L.A. ladies are ready to hit you with with all of your favourite Gn’R tracks with their own flavour of badass.

Choosing to be an all-girl band covering music that drips with testosterone is a welcome breath of fresh air and their crowds are reflecting this.

“We’ve had toddlers to grandmothers rock out at our shows,” says Jenna.

“We quite often have young kids join us on stage,” adds Rachael.

This ability to reinvent the music of Guns N’ Roses is certainly not to be missed.

Paradise Kitty will be performing at Fowlers Live this Friday night before heading off to Canberra, Sydney and Brisbane. Get your tickets HERE. 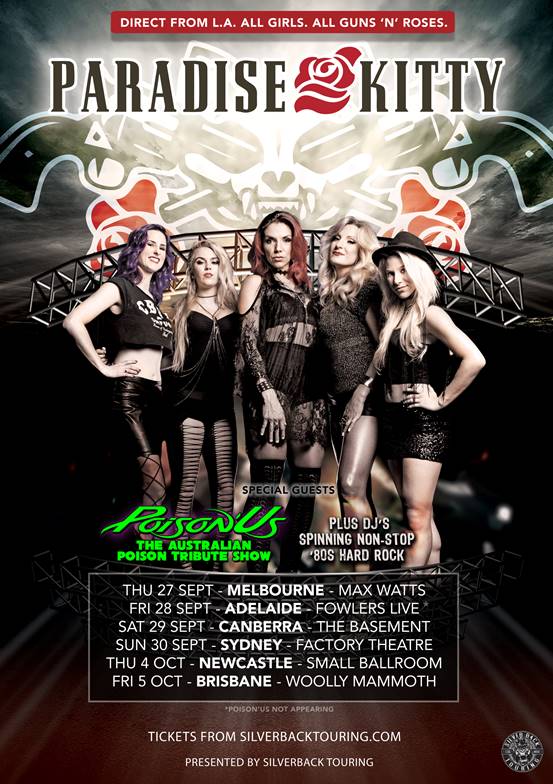