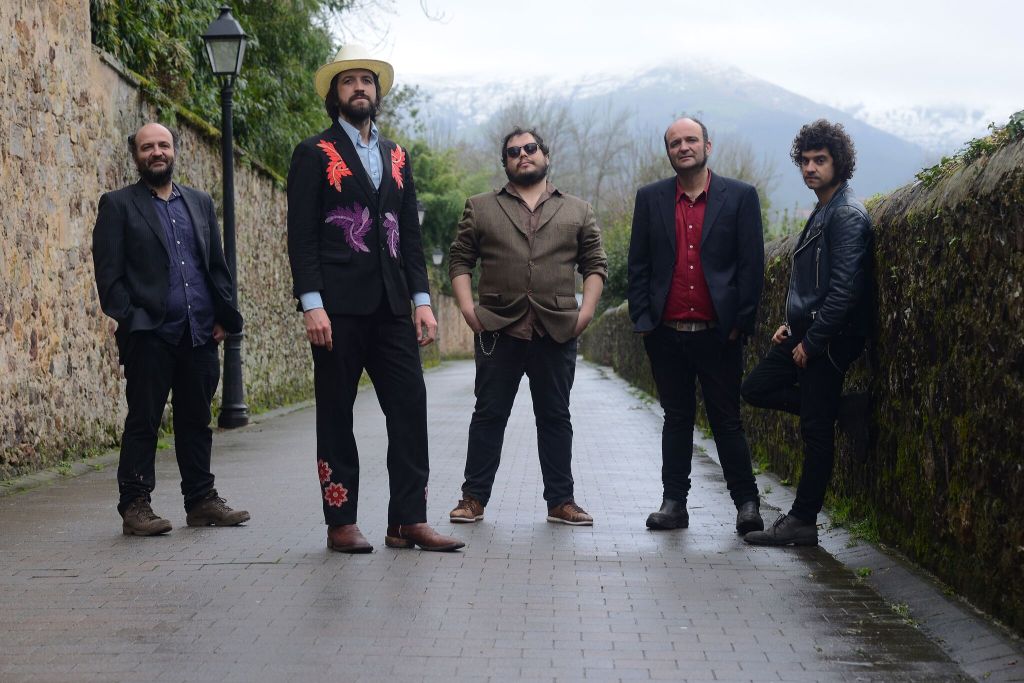 The cover of Los Chicos’s seventh album, By Medical Prescription, tells you all you need to know about this Spanish band’s style and intention.

No, they’re not telling us that rock and roll’s a mug’s game – they are just paying homage to British pub rock pioneers, Dr Feelgood, through parodying the good Doctor’s Let It Roll album cover from 1979 and, in the process, aligning themselves proudly alongside that band in the pantheon of the greatest pub rocking party bands.

A Los Chicos live show is something to behold – they collectively become a fire-breathing monster of frenetic energy – but this energy is not quite captured fully on this record.

That’s not to say there isn’t a stack of fun to be had here, but it won’t ever satisfy as a casual listening experience.

Put it on when you have a posse of fun-seeking hombres over at your place fuelled on sangria and tequila though, and it would be a completely different story!

Radio Birdman guitar ace, Deniz Tek, recently dubbed the band ‘the Spanish MC5’ and if he was talking of the Back In The USA era of that band then he was not far wrong, because Los Chicos never stray far from the roots of traditional guitar based garage rock. They proudly inhabit that zone where cerebral concerns must always play second fiddle to fun and the willingness to freely succumb to the primal power of the music.

The titles of many of the songs give some insight into what to expect from the band’s latest offering – Land Of A Million Dances, Beer Ain’t Drinking, The King Of The Party and By Medical Prescription (Back To The Bar). This band are raw, impassioned and unapologetically committed to the ethos that music must, at all times, be driven by an unequivocal devotion to fun and joy.

If you love the energy of American garage and punk bands of the 60’s, 70’s and 80’s then this band mine that same musical vein and they will deliver you plenty of rewarding nuggets if you dig into this record.

Restless Noise opens the album with a blast of basic primal thrashy guitar accompanied by Rafa Sunen’s snarling vocals. What you hear is what you’re going to get. There are no hidden agendas, no deeper meanings, here.

Land Of A Million Dances urges us all to get ready because, ‘somebody, somewhere is always having a party’ and we must be ready to launch ourselves into good times whenever we detect the opportunity.

The pace does not waver as Rock And Roll Ring, and the new single, The Price, lead us to the title track, a number which sounds like it could have been lifted straight off the first album by Aussie punk legends, The Saints.

This Grease Stained Heart is probably the closest thing to archetypal Feelgood / Eddie & The Hot Rods style pub rock here, and that’s not a bad thing at all. Beer Ain’t Drinking starts off like Night Time (Is The Right Time) and then transforms into a high octane soul revue number.

Then, given just a momentary reprieve from the incessant full-on pace that the band have delivered to this point, Nothing starts off cautiously, with a moody and atmospheric short guitar intro, before it gloriously launches into the best four minutes on the album. It’s a song destined for a long stint in the band’s live repertoire – a relentless, driving number, imploring us to revel in the fact that ‘nothing’ll ever change’, a mantra the band seems to have thankfully lived for eighteen years now!

The second half of the album also has more of the same beer-fuelled rock and roll ready to leap out of your speakers, but there are a few more stylistic deviations evident here.

Church Of Los Chicos sounds like a cross between The Pogues, at their most raucous, and the Dropkick Murphys. The steady acceleration of pace throughout this tune suggests it will also be a sweat-inducing beast when played live. The King Of The Party reminds me a bit of Jason & The Scorchers in their early days, and rocks hard. It’s one of the best songs on the record. The Bo Diddley infused Mashed Potato Alligator is also fun, but sounds just a little pedestrian when compared to the full throttle 0:59 second thrash of the album’s penultimate track, Backfiring, which follows it.

The album closes with the wonderful How You Like It, a classic singalong rock and roll restating the band’s promise of quality – ‘tell me how you like it / ‘cause I like to do it to you’.

Overall, it is an album that delivers what it sets out to deliver – unadulterated fun, and a thirty-two minute rock and roll party!