There is no doubt that when the debut album by Bauhaus, In The Flat Field, was originally released it was radically different from anything else being released at that time. It was minimalist, starkly angular, dark and delivered with a youthful intensity that sparked a positive response in an audience whose palate had been cleansed – no, make that ‘excoriated’ – by the punk rock explosion of the previous two or three years and who were then waiting for a new sound to form from out of the deconstructed components of what had gone before.

The first Bauhaus album was made by a group so freshly created that the songs seemed like they were recorded as soon as they were written. These songs were not complex, because, as musicians, the group were not able to play much beyond a primitive approximation of the sounds they envisaged in their heads. They did however have a youthful zeal, ambition and a confidence in themselves ,as well as in the music they were composing. 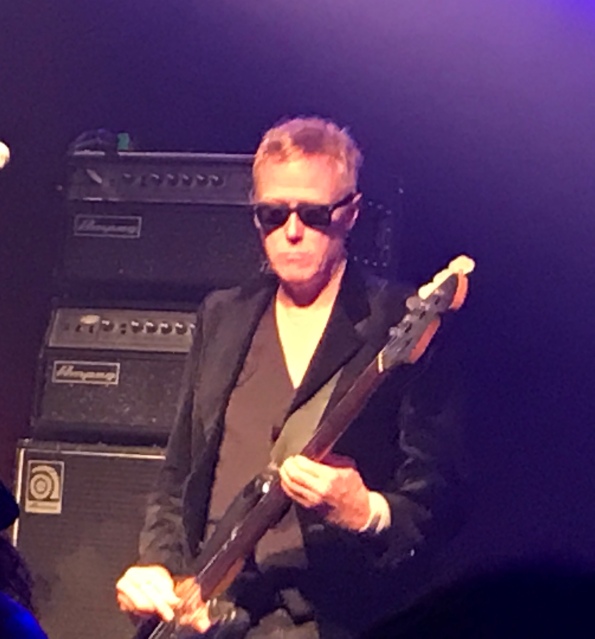 Four decades on however, as Peter Murphy and David J from the original band, have decided to tour their debut album and celebrate their initial arrival in the consciousness of a million goth soldiers, the album has been exposed for what it was – the first tentative steps of four ambitious musicians yet to achieve any cohesion of their sound and image. The simple repetitions and abrasive discordance that once sounded so startlingly different, and unlike anything else, now sound dated, and, to be honest, simply unpleasantly noisy in places.

Murphy, still supremely egotistical and overly confident in his front man role – at one point declaring that he still looks in the mirror only to be overcome by self-desire – looked like a caricature of that striking young man whose strange vampiric looks ensured he was a constant presence on our screens in the early days of music video shows.

He growled and stalked the stage, performing ballet like arm gestures, and played up in the lights that beamed from beneath to perform his B-grade horror movie shadow shows – but all the time came across as nothing more than a grotesque impersonation of his youthful self.

By the end of the track by track revisiting of Flat Field, there had been no highpoints, and not just a few songs had descended into a painful cacophony that suggested the band’s South American rehearsals over the last few weeks had been a less than disciplined affair.

The ‘extended encore’ of other Bauhaus hits that followed did redeem the situation a little, but the half dozen or so songs in this bracket still suffered from a tendency to favour noise over substance. Murphy had stopped telling the crowd to ‘Fuck off’ and threatening to stop the show and leave the stage by this point. Whilst he never really meant these things, it was tiresome schtick, as was his lame condescending parodying of the Australian accent. 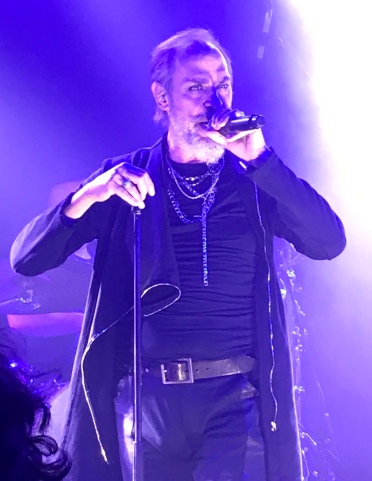 Bela Lugosi’s Dead, the first song the band ever recorded, was a momentary reprieve from ordinariness. The band’s rendition proved the song still retains its sinister edge, and whilst this performance was an ‘abridged’ version of the original epic, the song’s necessary balance between light and shade musically was effectively achieved and sustained.

She’s In Parties was another song that stood out defiantly amidst the wall of noise, as did The Passion Of Lovers – both songs serving as a reminder of the power and grandeur of Bauhaus in the band’s heyday.

The small crowd did, however, respond warmly at the end of the performance and inexplicably brought the band back for one more song before Murphy had to finally leave for the sanctuary of his nocturnal catacombs where he could ensconce himself safely, well before the threat of sunlight would have to be negotiated.

Peter Murphy performed his 40 Years Of Bauhaus show at The Gov on Monday, 22 October 2018.