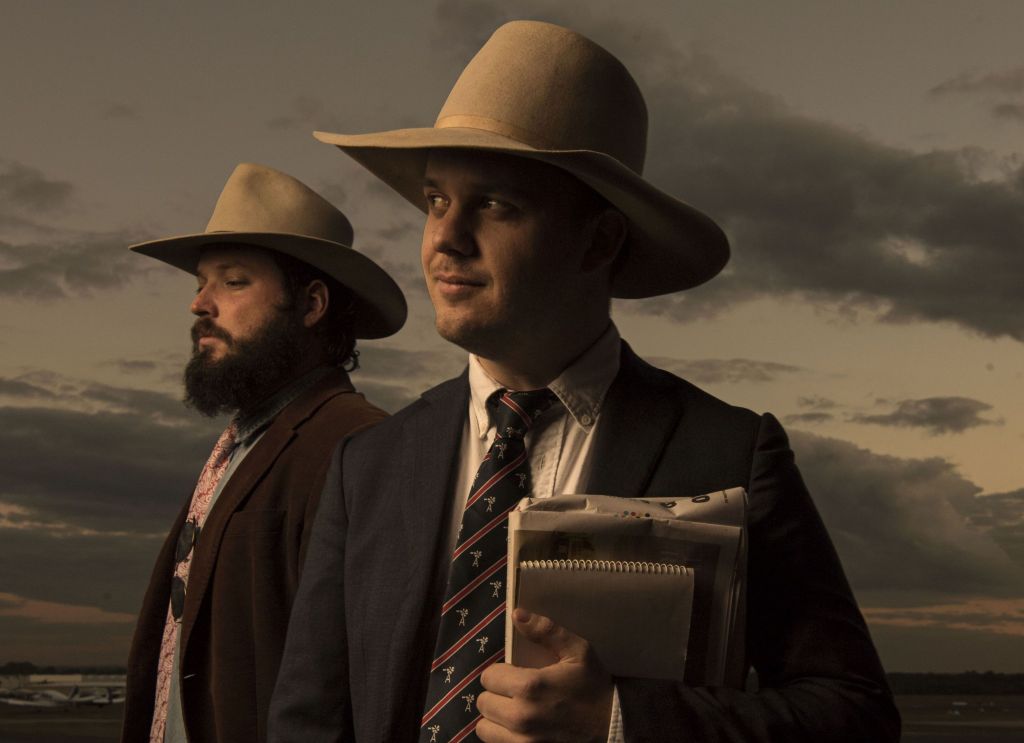 Satirical news outlet The Betoota Advocate is about to leave the comfort of their hometown of Betoota and set off around the country on a whirlwind tour around Australia.

In a brutally honest 90-minute presentation, editor Clancy Overell and editor-at-large Errol Parker will take the audience on a journey through the town of Betoota; exploring the origins of The Advocate and explaining how to run a media empire of this size in 2018.

As part of a Next Gen Journo course run by Expressions Media, a group of aspiring young Adelaide journalists had the opportunity to interview Clancy Overell to learn a thing or two from a self-proclaimed successful media mogul.

The upcoming tour will see the Betoota team present their stories and experiences all over the country and Clancy says he is looking forward to getting the show on the road.

“It is going to be a great chance to see all these different towns. Online, you can see where a lot of your readers are and we have a fairly big cluster in Adelaide. Obviously we get told we could be writing a bit more AFL centric content. We might have to set up a bureau down there; maybe we have to find some young guns,” he says. “I don’t know where you’d find any trainee journalists in Adelaide. But, it’s going to be good to go see all these places, and in turn I guess everyone can expect to see a series of articles following us on tour, just the different things we see and the scoops we find in each town we visit.”

Growing from humble beginnings, The Betoota Advocate is increasingly becoming one of Australia’s most widely read news publications, boasting more than seven million web hits, over 19 million engagements across social media per month; and collaborations with the likes of Prime Minister Malcolm Turnbull and Sir Richard Branson.

With this in mind, the Next Gen Journos wanted to know the biggest lesson Clancy Overell has learned in journalism and what advice he’d give to young journalists.

“I guess in any job, and you know we’ve done all our cadetships and moved around the country in newsrooms before we founded a place here, you’ve got to remember that for a great story, you’ve got to kind of stitch it sometimes. Gone are the days where you can say, ‘Hey boss, I need you to send me to the Gold Coast for a month.’ They won’t do that anymore. You’ve got to be able to chase sources from a distance nowadays,” he says.

“And I would say, cast a kind of wider net, because you meet a lot of people who have studied print journalism and that’s all they’re trained for, so if you could kind of tack a few more skills on to that and get a bit vague with your job. No, get a bit vague with your education, you know? So, as opposed to saying, I’m going to do journalism you say I’m doing ‘communications’. That might set you up for social media and if the journalism thing doesn’t work out, you can always run an Instagram page, like @ShitAdelaide or something like that.”

Self described as Australia’s oldest and favourite newspaper, Clancy says The Betoota Advocate hasn’t done a lot to change the face of journalism in its time.

“I don’t think it really has to be honest. I think it’s the only thing we’ve done is probably engaged with a lot more people who probably wouldn’t be reading any news stories at all. I don’t know if that’s a good thing yet. If they’re only getting their news from us, maybe they do need to mix it up a little bit. It’s great to know that they trust us,” he says.

And speaking of trust, what advice would The Betoota give to the ABC about its current troubles?

“That’s a tough one,” Clancy muses. “I guess they should stop trying to merge comedy and news programs together. What you’re going to end up with is a bunch of suit wearing Melbourne men who are comedians, who are just inherently inner city, a bit sheltered, and they’re dreamers.

“I’m sure if you asked them they would have heaps of answers to many political issues. So, they’re not really journalists in that regard, they’re just smart arses. And if you give them a job presenting the news, all of a sudden you’ve got the news according to Tom Ballard. Which, I don’t know, that might not resonate with everyone, particularly in Adelaide; the creative people of Adelaide.”

And finally, with the tour finishing up at the Sydney Opera House, the Next Gen Journos were keen to know what Clancy and Errol would like to see projected on the sails of the iconic building.

“Maybe a logo for our close partner Betoota Bitter,” he says. “Or, I guess there’s anything you could put on there, maybe the news? You know, like you see on Sky News at the train station or in the airport, have a little news strap running across the side of the Opera House, preferably ours.”

The Betoota Advocate Roadshow opens in Townsville on Saturday, November 3, and will hit every corner of the country including dates in Darwin, Toowoomba, Brisbane, Gold Coast, Wollongong, Newcastle, Perth, Melbourne, Hobart, Adelaide and Canberra before winding up in Sydney at the iconic Sydney Opera House on Saturday, December 1.

Get your tickets HERE.