Californian rockers The Story So Far and UK’s five-piece, Basement will be returning to Australia in 2019 for a national co-headline tour which will see them hit all major cities through-out April in support of their stunning new studio albums. They will be coming to Adelaide on April 22nd to play at The Gov.

The two bands have been performing together in North America, Europe and the UK and the co-headline tour is finally coming to Australia for the first time.

The Story So Far and Basement have each released new full-length albums in 2018. On the back of their new album Beside Myself, Basement have cemented themselves as one of the best recent upcoming rock bands.

The Story So Far have been on an absolute tear in support of their latest Proper Dose, selling out most of their North American tour thus far. With a more mature sound, the Proper takes a refreshing step away from the pop-punk roots that introduced the world to the Story So Far. 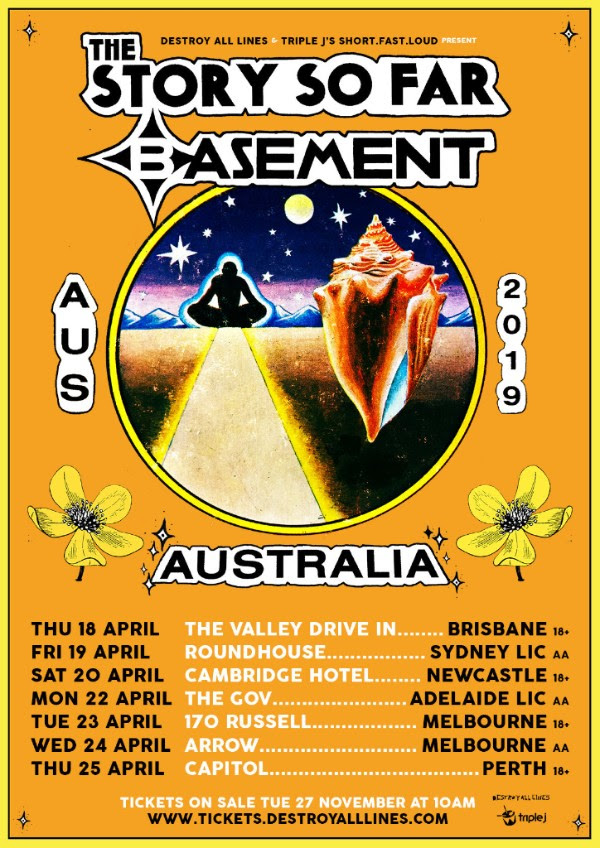