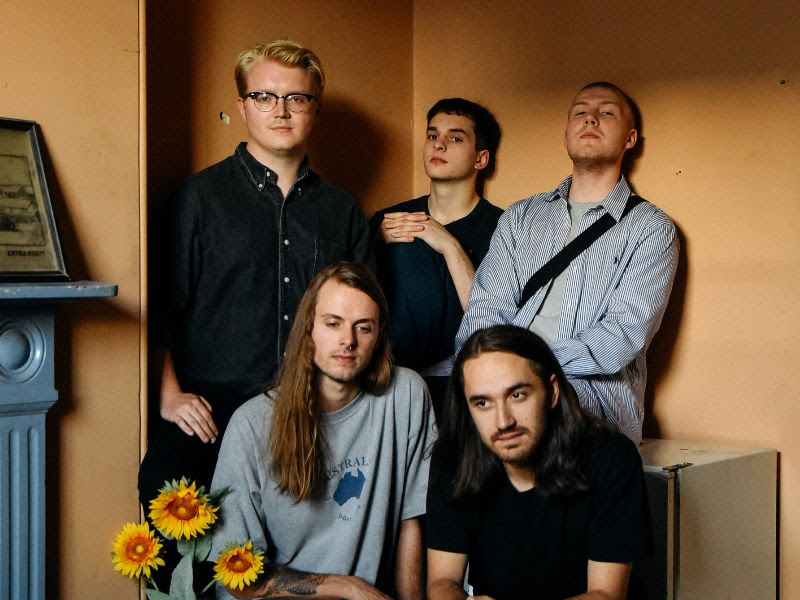 Adelaide alternative outfit Sleep Talk have released their second single ‘Slowfade’, from their debut full-length Everything In Colour. It’s all happening for the Adelaide band having recently announced their signing with UNFD and releasing a massive first single ‘Everything In Colour’.

On the story behind ‘Slowfade’, vocalist Jacob Clement says:

“[It] was spurred by a breakdown of a relationship to someone previously very close to me, both heading in very different directions in life and despite all attempts to salvage the relationship by myself, there was no mending the damage that had been done.”

After first making their statement with their 2016 EP Growing Pains, Sleep Talk threw themselves into creating a debut album that took the details of everyday life and elevated them in a way that could be interpreted by everyone in their own way. The album is an honest, artistic commentary on the common human thread of struggling with modern routine, and how we all cope through this confusing and fascinating thing we call life. Sonically, it perfectly sums up the band’s uniquely precise-yet-frenetic brand of alternative.

“I wanted to write content that maybe to me, had a very specific meaning but was vague enough that people could interpret the lyrics how they deemed fit,” explains Clement.

In the lead up to the release of the album, Sleep Talk are set to head on tour with their new singles in tow, kicking off with a hometown show in Adelaide at the Crown and Anchor on April 5.

SLEEP TALK – EVERYTHING IN COLOUR – OUT MAY 3 VIA UNFD 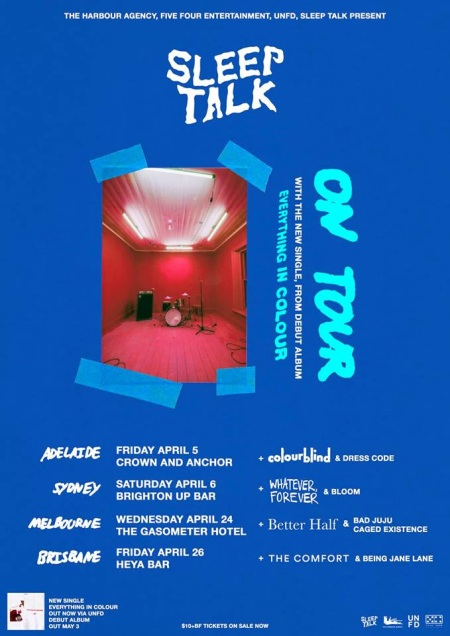