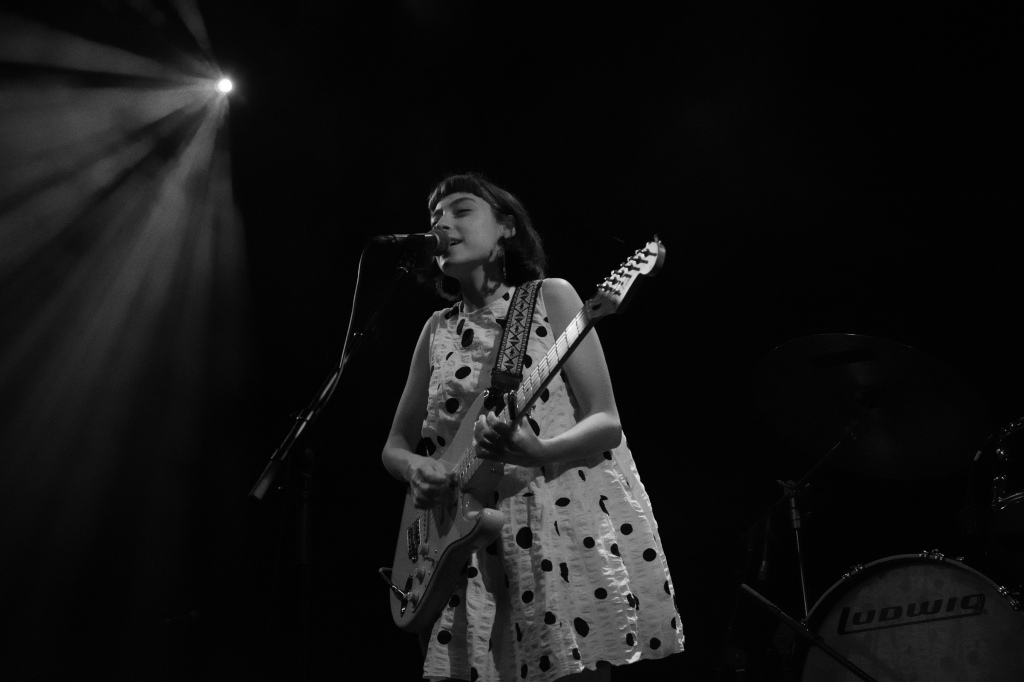 It’s starting to feel a lot like summer and the touring circuit is beginning to ramp up, sending our way the enigmatic burst of status quo changing sunshine that is Stella Donnelly. There’s been a number of incredibly strong female voices to establish themselves in broader Australian conscience during the last 12 months, but you would be hard pressed to find a name more anticipated as the packed-out Lion Arts Factory last night would attest.

Those who arrived early were treated to openers Jade Imagine, a Melbourne based quartet who gradually drew everyone into their set for 45 minutes of nostalgic prog-rock-come-pop sounds. Better known tracks The News and Remote Control were warmly received by the growing crowd; it wouldn’t be hard to imagine this set as the soundtrack to an episode of Daria creating effortless and apathetic air, despite the deeper underlying intentions. Jade Imagine will be returning in late November/ early December and are definitely worth keeping an eye on.

Starting solo and stripped back, Stella Donnelly, enthralled the crowd from first bar sung. Her touch-over hour-long set treated the crowd to her complete fledgling catalogue of what have quickly become sing-along classics. The full ensemble of her band flesh out further her now well-known songs like Old Man, renewing their energy as if it they were first on the airwaves once again, while also providing an added foil for her personality to bounce off.

Donnelly has a unique softness to her stage presence, in contrast to the often-hard-hitting messages of her music. It’s this charm, warmth and wholesomeness that make the sucker punch lyrics of Boys Will Be Boys, Old Man and New Tricks so easy to swallow that it feels perfectly natural singing a big middle finger to the mainstream sexism in society; there wasn’t a single voice in the crowd that wasn’t proudly joining in for every word. Her genuine appreciation of the crowd’s involved and loud cheers just endeared her even further.

Stella Donnelly has fast become one of the artists you would happily be sardine squished into a room for, and her performance at the Lion Arts Factory spoke volumes as to her relevance in not only the Australian music landscape, but also in the evolution of Female Power in the Music industry at large. Impeccable vocals, utterly delightful banter, songs that can change the world; it is quite literally impossible to not be happy watching her groove around on stage with her excited smiles and love for her band.

For the rest of the tour or to purchase tickets CLICK HERE.