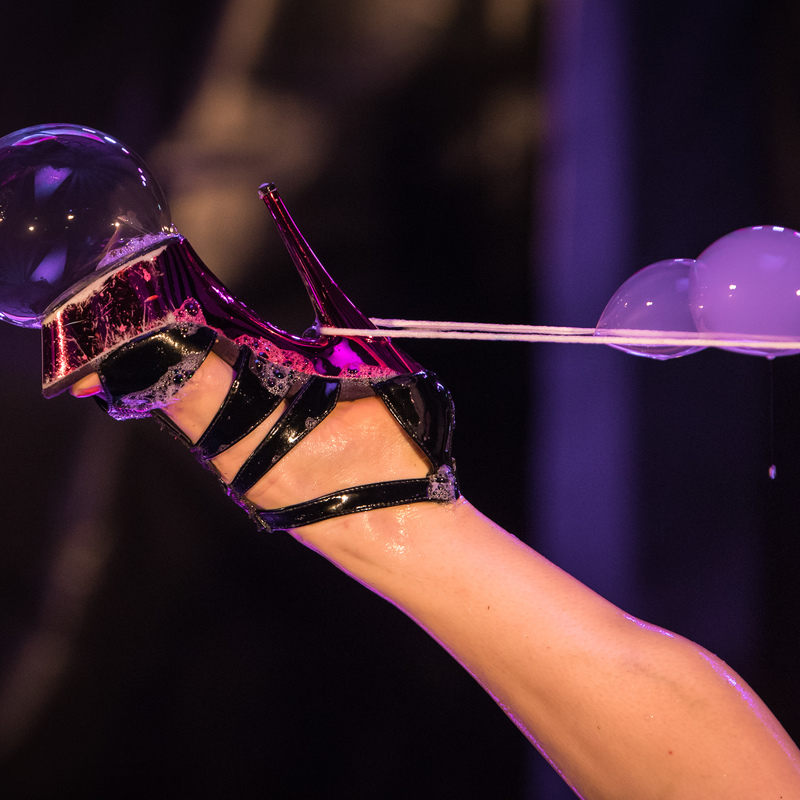 Starting slowly, easing the audience into a false sense of security, the duo set the scene: man attempts to woo woman, woman is disinterested. Man presents his talents for bubble making and artistry. Woman succumbs and becomes the over enthusiastic aggressor. That old chestnut, and where the show begins to earn its ‘Adults Only’ title. Not for the prudish or sexually faint of heart, a warning the audience participation is involved and often involuntary. And they weren’t kidding, they do also have a show for kids.

Risque burlesque strip-teases, bubble art, and even interpretative dance comes together for an over-arching plot, including character development and maybe even hint of a parable. A lesson for the need of romance, switching things up, and exploring the new to maintain any healthy and enduring relationship. With bubbles, naturally.

The production is held at the Empire Theater, a plethora of seats packed on top of one another to allow the largest possible audience. It’s understandable trying to allow the volume of eager audience members, but can be difficult for them to catch a glimpse of the performers. The musical soundtrack for the show is eclectic, well chosen, and often very funny and well timed.

As you should on all good alien-seeking, Bigfoot-stalking, ghost-hunting expeditions; take a friend with you to compare notes afterwards. Some shows need to be seen to be believed, and even then, a good eye-witness resource to reflect on the experience together helps.

Enter with no expectations, leave covered in suds and with new found proclivities for kissing and breaking through your comfort zone.