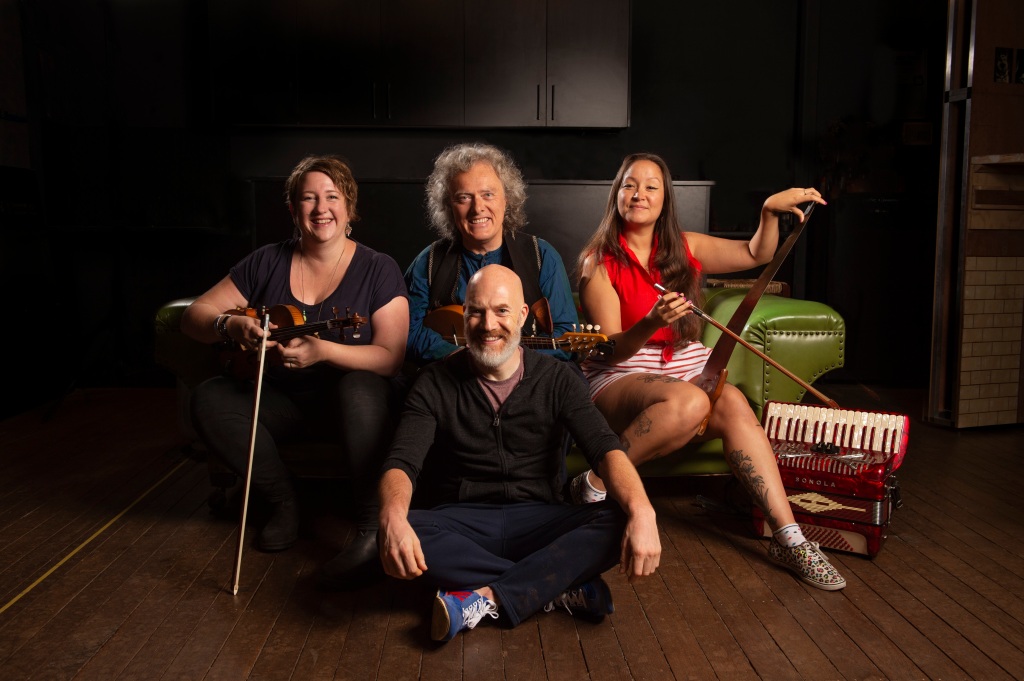 An immersive new production, The Boy Who Talked to Dogs is taking the stage to tell the breath-taking story of Australia’s ‘Dog Man’ Martin McKenna.

Presented by Slingsby and State Theatre Company South Australia, the show will premiere at Thomas Edwards Opera Studio for Adelaide Festival on 25 February to 14 March.

The Boy Who Talked to Dogs is set to impress with an exceptional creative team of musical performers including Emma Luker, Victoria Falconer and Irish actor Bryan Burroughs in the role of Martin.

Directed by Slingsby’s Artistic Director Andy Packer and adapted by Irish playwright Amy Conroy, the production unpacks the intricacies of Martin McKenna’s life in a cabaret-style setting with shadow puppetry and live music.

The production is based on McKenna’s memoir which became a bestseller as it explored the lessons he learnt from the canine world.

McKenna’s fascinating story has spread across Australia as he continues to share his wisdom with dog owners.

Director Andy Packer says, “I was really drawn to Martin’s ability to tell his story, where so many things were against him, yet he apportions blame to himself as well as those around him. This honesty and taking responsibility are incredibly admirable and inspiring.

“I was also very drawn to the role that dogs played in Martin’s life. Companion animals have increasing status around the world and I wanted to explore what this meant for Martin.”

The production is set to take the audience on an immersive journey through Martin’s life from the streets of Ireland to his childhood home.

“When audiences come to see The Boy Who Talked to Dogs they really will become the community surrounding Martin when he was growing up,” he says. “The story will take place in front of, around and among the audience”.

Tickets are available now and you can purchase them HERE