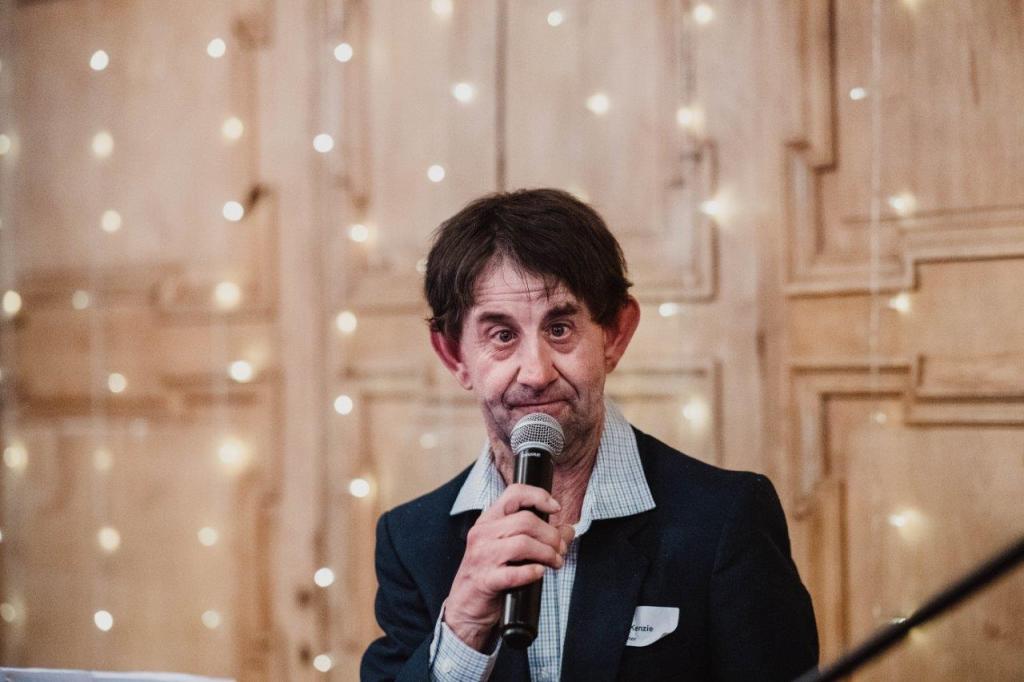 Over four nights, Kym’s show will have something for everyone with a combination of comedy, dance, music, spoken word and even a story about his near-death experience.

The show aims to leave audiences smiling as it pushes the boundaries of performing arts, telling the story of a performer living with disability.

“I want audiences to feel proud that a person with a disability can get out there and perform on stage,” he says.

Kym is well-known among the local arts scene as an actor, comedian and dancer, and he has recently added singing and spoken word to his list of talents.

He started acting in 1992 with the Bedford Players and has since toured around Australia in regional South Australia and the Gold Coast as well as internationally in Singapore, South Korea, and Canada.

Kym’s work with No Strings Attached includes his performance in the award-winning show, Sons & Mothers, at the 2012 Adelaide Fringe.

Kym’s Overall Extravaganza Showcase will be presented at The Original Pancake Kitchen and The Gov from 18-27 February 2021.

Tickets are available now and can be purchased HERE