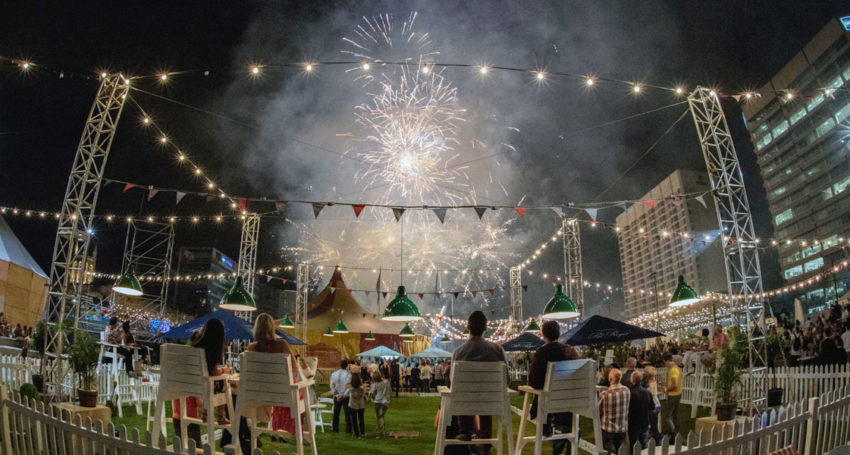 It’s home time for RCC who this Adelaide Fringe are going full circle, back to where it all began at Victoria Square bringing a bold new-look program full of participatory theatre, immersive light installations and live music.

Creative Director Stuart Duckworth says the return to Victoria Square holds significant meaning for RCC and allows for the festival to expand on its current legacy while providing a space for South Australian creatives and businesses to thrive.

“We are excited to be back for Adelaide Fringe 2021. These are very different times for RCC and the world of festivals. We have worked relentlessly with our community to create a reimagined program that has something for the young and the young at heart this Fringe,” Stuart says.

Created as an entirely open-air festival of sensory experiences, RCC boasts an impressive line-up of performances including The Stables, a concept that sees RCC reunite with Adelaide’s own acrobatics and physical theatre company, Gravity & Other Myths.

“The Stables is a stage like no other. A hybrid performance, training and rehearsal space that invites the public to share in the grind and sweat that physical artists of all kinds thrive on,” says Jascha Boyce, Director of Gravity & Other Myths and Artistic Director of RCC.

RCC will also host the South Australian premiere of one of Australia’s leading physical theatre companies Stalker, with their interactive light spectacular Mountain.

The star of the show this RCC is a specifically commissioned inflatable installation, Looped, by internationally acclaimed French artist and Instagram sensation Cyril Lancelin.

As always, the beating heart of RCC in 2021 will see tonnes of live music take to the latest curated stage The Cult Records, showcasing SA bands and artists committed to supporting the local music scene.

RCC will be lighting up the square for Adelaide Fringe every Thursday-Sunday from 19th February – 21st March and you don’t want to miss the action.

All-access tickets are on sale now and you can get them HERE.