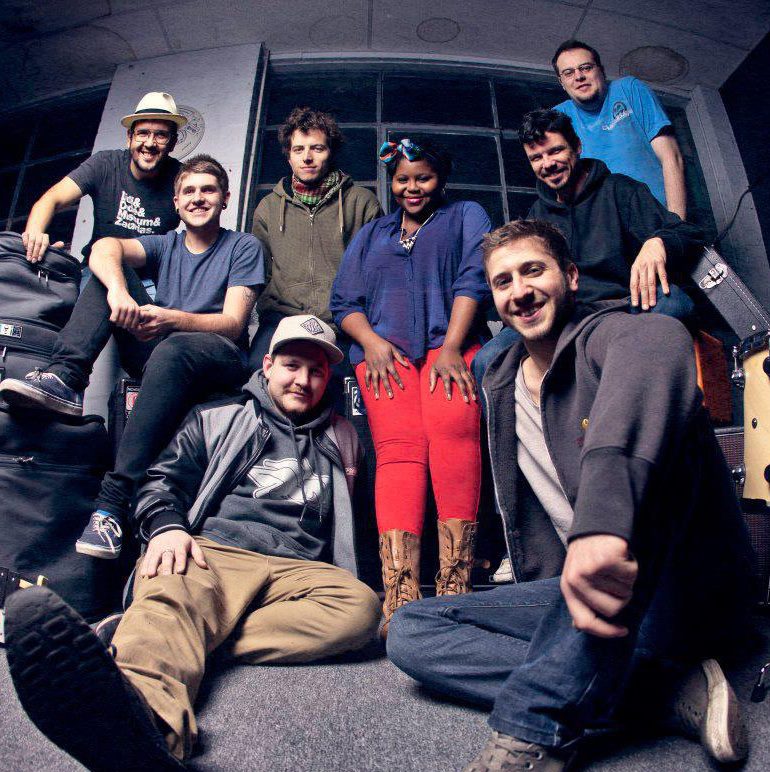 Dub reggae hip hop outfit Echo Drama will be hitting the main stage at Blenheim Festival this weekend and causing a wonderful ruckus.

The nine-piece band from Melbourne will introduce South Australia to their unique musical fusion as we introduce them to the beautiful surroundings and fare of our Clare Valley.

“It’s our first time in South Australia so that will be cool. It’s also nice we’re playing a late spot. We’re a real festival band and we’ve done quite a few over the summer,” he says.

“We’ve often done afternoon slots, which are nice because the sun is shining and you can see everyone, but I also like doing the late ones where people are a bit looser and you can really get into the party vibe. I’m really looking forward to that at Blenheim. I think we’re closing the main stage, so by then I hope everyone is ready to go hard.”

As well as looking forward to sampling the great beers BlenheimFest has to offer, Jeremy says he’s also keen to check out our live music scene.

“Shaolin Afronauts are at the top of my list. And Timberwolf, his name’s been around a bit at the moment. Z-Star and the internationals; it’s nice to have international bands you haven’t seen before so it’ll be good to check them out. I didn’t know a lot of the bands on the bill because I think a lot of them must be South Australia based, but I’m looking forward to hearing the South Australia scene because I haven’t had much exposure to it,” he says.

Echo Drama was born three years ago from an idea Jeremy Schiftan had to play reggae music; since then, the band has grown and evolved into the urban roots, new ragga sound it is now.

“I’m a song writer and guitarist so I had material I was really desperate to play. I had been drumming in other bands but always wanted to play this kind of music. I was looking for opportunities and realised the only way I was going to get them was if I put together a project myself,” he says.

“I pieced it together one by one. I knew the instrumentation I was looking for so I just tried every source I could for each person. I found keys player Steve at a gig playing with his old band who were a live dub band, and it was kind of like that with most people. I either found them through ads online, through recommendations from friends or people I’d met through other projects. Then I started the jazz course at VCA and I met a lot of people there too.”

The group have released a debut EP, Bury the Weapons which is available to purchase, and Jeremy says there is an album on its way, eventually.

“We haven’t started the album, but we have a lot of material for it. There are probably about nine songs at the moment that we know we want to put down and the idea is to write three or four others. I guess being a band for three years and we’ve often done two-set shows, we’ve probably got about 22 songs in our repertoire. We only put down five songs in that first EP but naturally, as the years go by, you don’t want to record everything you’ve ever played and some songs have lived out their full life on stage,” he says.

“The majority of songs, I write in full, but the vocals I never do. The vocals come from Thando and Sinks. Then the horns; I write single lines or two part horn section stuff and our trumpet player Dorian is quite involved in fleshing out the horn section so he’ll rechart that and make alterations to fill it out. Our keys player Steve has started writing more songs for the group which I really like playing because they’re really distinct from my style. He brings the more straight reggae tunes we do. Mine is probably more fusioned and maybe bastardised but his is strictly roots which is good.”

After they play BlenheimFest, Echo Drama will be heading into Adelaide to play a gig at Casablabla on Saturday 4th April.

Jeremy says they’ve heard great things about the venue, the vibe and the pizza.

“Our trombone player played at Casablabla last year with his band Frankie Wants Out. I’ve heard it’s a pretty consistent dance vibe so it will be cool. We’ll roll in pretty early from Blenheim, check into our hostel, dump our gear at the venue, maybe get around the city during the day to have a look, have a pizza dinner at Casablabla and then we play a midnight set,” he says.

Echo Drama will play at BlenheimFest on Friday April 3rd along with a line up of other really great bands so grab your ticket to support a local, not for profit festival who are doing great things for our state.