Something For Kate frontman and solo singer/songwriter in his own right, Paul Dempsey is set to release his sophomore LP, Strange Loop this week.

Co-produced by Paul himself and Tom Schick (Wilco, Ryan Adams), Strange Loop is confirmation, yet again, that Paul is one of Australia’s greatest songwriters.

It’s been seven years since his first solo album, but it’s been more than 20 years since Something For Kate first arrived on the scene.

Time has certainly flown, which is exactly what Paul thought too when we asked him about the SFK 20th anniversary tour, in a recent chat about the new album.

“No it really doesn’t feel like 20 years. I can’t quite believe that it’s been that long. But that tour was excellent fun, it was like a birthday party every gig and the crowds kept singing happy birthday to us every show. It was pretty cool,” he says.

“And it was really nice to trawl through our whole back catalogue and just play lots of different stuff from our whole career. It was a bit surreal, we still can’t quite believe that we’ve been going for that long, we don’t feel that old. And we certainly feel like we’ve got a hell of a lot of music ahead of us.”

With so much touring, and many commitments, the quality of Strange Loop would suggest it’s been a long time in the making, but Paul says it was a relatively short, but concentrated writing process.

“I think I wrote one of the tracks about 2013 but the majority of it was written in a kind of intense period in the first half of last year. So I pretty much spent the first half of 2015 really knuckling down and trying to get things ready for the studio, and I recorded it in September / October,” he says.

“So it’s been finished for nearly six months. It’s funny that it’s actually going to be out in the world now. It’s always a bit of a surprise because it’s just been in a bubble for the past six months.”

Although his signature voice, with its haunting, rich and soulful tones are still present, Strange Loop differs from SFK in the way Paul sits down to write the songs. 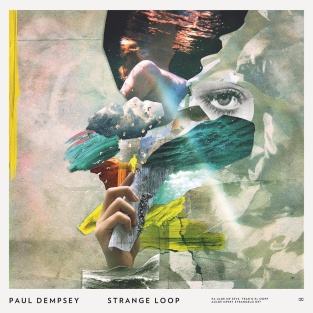 “It’s usually just I’m either writing a Something For Kate record or I’m writing a solo record and the only difference really is that if I’m working on Something For Kate material, then I’m bringing it to rehearsals with Clint and Stephanie, and they then pull it apart and push me in different directions. They’ll get me to drop certain things or they’ll tell me to write other bits, or they’ll rearrange things. So that’s much more of a collaboration,” he says.

“And then when I’m writing solo stuff it’s just me writing, except I’m having everything my way and not showing it to anyone else; I’m very secretive about it, and no-one hears anything until it’s just the way I want it. It’s completely self-indulgent and there’s no other reason I do it.

“I love my band, I love the way we collaborate and I love what we come up with together. But then occasionally I like to just have everything my way,” he laughs.

In terms of instrumentation and ideas, Strange Loop appears to be played out on a larger canvas than his previous solo work, but Paul says it’s just how things evolved through the writing process.

“It wasn’t a conscious decision, it’s just how things came out. And it’s probably also just to do with having a few more toys. I think when I wrote Everything is True, a lot of that was juswritten on an acoustic guitar and fleshed out from there, whereas with this record I’ve got a little spare room at home now with a bunch of gear and just more toys essentially, so I can spend more time fiddling around with keyboards or synth sounds or finding different guitar sounds or whatever,” he says.

“So I think I just had access to a bit more stuff that allowed me to have more fun sonically and do a bit more noodling around and exploring different textures. Everything is True was more quick and organic.”

And the noodling has paid off, with this album being one that Paul is incredibly satisfied with, because the songs make up a hendecagon (you’ll get it once you read his response!).

“I’m really happy with this record precisely because every track feels very closely related to all the other tracks, and it feels like the most cohesive thing I’ve done. It really feels like every track is a completely fundamental piece of the whole puzzle. I’m really happy with the way everything locks into place, both musically but also thematically and lyrically,” he says.

“I think I’ve managed to pack in a lot of ideas and thoughts about things, and I’m happy with the way everything is placed. They’re like sides of an eleven-sided object [hendecagon!]. That’s how it feels to me, like an eleven-sided solid, and every song is like a piece of it. Some albums when you listen back to them years later you do feel like one thing sticks out or isn’t in the right place or even potentially could have been left off, but at least right now with this record, I genuinely feel that it’s well balanced and it’s like a kind of Rubik’s cube; everything interlocks nicely.”

Part of that hendecagon is the album opener, ‘The True Sea’, and at an impressive seven minutes long, it sets a standard the rest of the album follows.

Paul says the song developed through his absent minded noodling on a totally different song.

“The opening chords were something that I had been just strumming on stage when Something For Kate were on tour. Whenever we played ‘Survival Expert’ I would just start strumming those chords at the beginning of it, and Clint and Stephanie just said to me, ‘Stop doing that, that’s a whole other song. You could make a song out of that.’ So I started developing it and taking it in a different direction, and it ended up being this quite huge, long thing,” he says.

“When I was writing it and demo-ing it I didn’t even think about how long it was. I was purely just thinking about the next bit and where it felt like it needed to go, and I didn’t even look at how long it was until I’d done this demo. And then I was like, ‘Shit this is really long’. But then I thought fuck it, it works. I don’t think there’s any part of it that I could subtract. It is seven and half minutes but it feels like all the parts of it are necessary parts. And then I thought, where do you put this on a record? It’s either got to go right at the start or possibly at the end. But it feels right at the start.”

It doesn’t feel like seven minutes though; with themes of intimacy and the bond between people, and the vastness of the universe, it takes you away with it, and Paul feels it’s complete as it is.

“You certainly don’t want people thinking about time but, like I said, it feels like all the parts of it are necessary. And there was talk of it being a single and trying to edit it down somehow so it could be a single. And I just said no, it is what it is and it needs to be that way. But it’s not like a big epic that demands your attention, it’s actually quite a relaxed, cruisy driving song. A lot of people have said to me it reminds them of Fleetwood Mac or something, and I can kind of see that,” he says.

A tour has been announced and Paul, who has a fondness for Adelaide, referring to it as The Kingdom, says he is keen to get back to us on Thursday 25th August at The Gov.

“It’s been a little while. I’ve played around Australia in other places recently but Adelaide has been waiting a bit longer than everywhere else. So I’m looking forward to getting back to the Kingdom for sure,” he says.

Strange Loop is available May 13 and you can read our review of it HERE.

Tour dates are as follows: 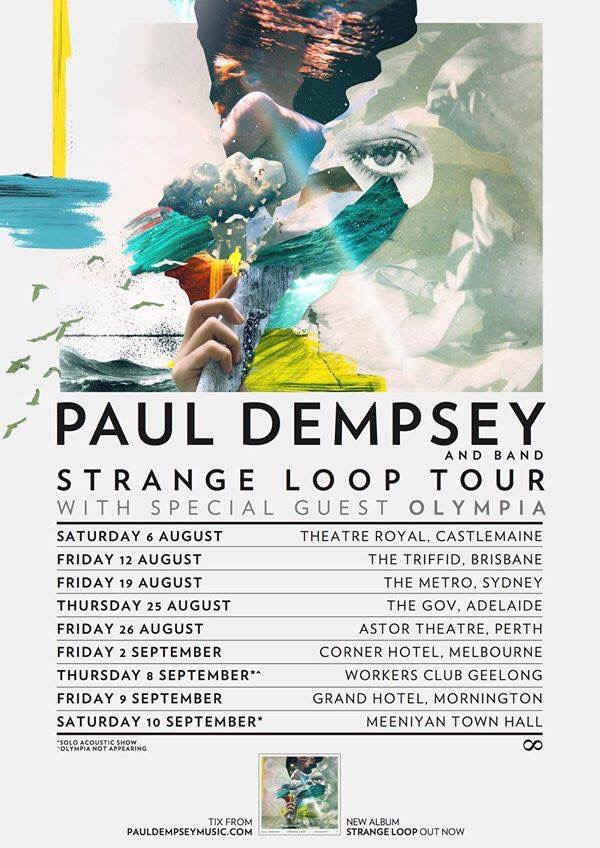