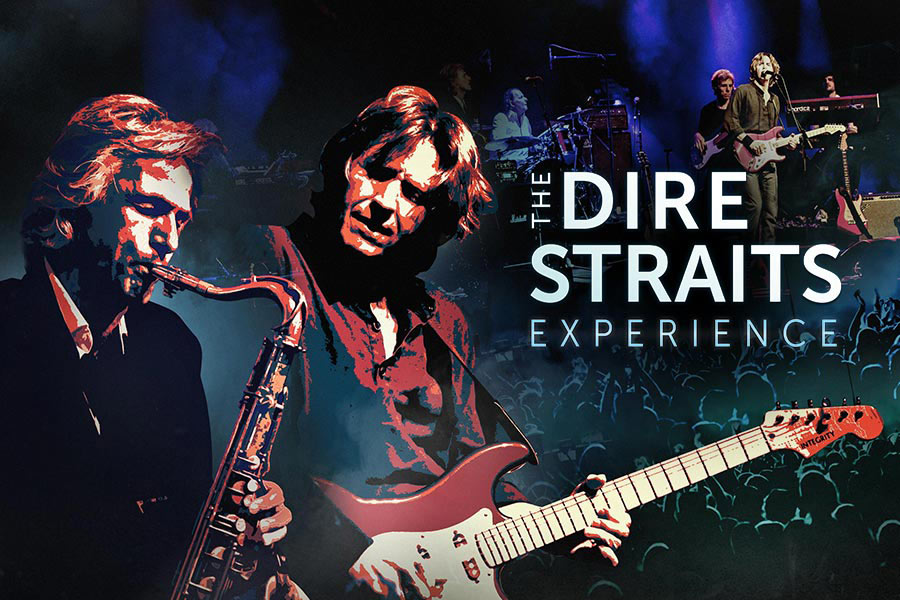 Following a successful tour here in 2014, the Dire Straits Experience have once again hit our shores, and are set to play Adelaide’s Her Majesty’s Theatre on Friday 14th October. Chris White, the founder of this outfit and former Dire Straits sax player, spoke with the Upside News about touring the show and his love of this music.

“The thing about me, is that I’m kind of a fan as well as a musician,” he confides. In fact, when pressed to name a favourite from the Dire Straits songbook, he finds it difficult to single out just one.

“I love playing ‘Romeo and Juliet’, because I get to play quite a bit of saxophone on that, I love ‘Sultans of Swing, ‘Private Investigations’, but really I like them all. I just think that Mark (Knopfler) is a stunning songwriter. And the fact that we are still out doing it is testament to his songwriting.”

When the band performs in Adelaide next Friday night, Chris promises to deliver all the fan favourites.

“All the things that people would want to hear, things like ‘Telegraph Road’, ‘Walk of Life, and ‘Romeo and Juliet’, but also things like ‘Down to the Waterline’, which is from the earlier period, and also some of the later stuff, ‘On Every Street’, for example, is in the set. It’s a bit more of a cross section of the songbook if you like.”

The Dire Straits Experience evolved from an invitation to play a charity concert a few years ago and now tours the world bringing these songs to live audiences once again. 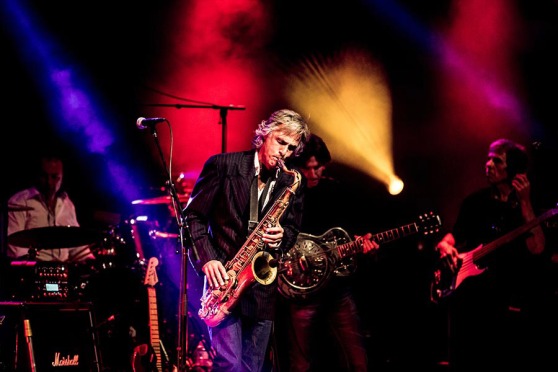 “It came about because we were asked to put a band together for a charity event in London for a concert at the Albert Hall, to play the Dire Straits songs,” Chris explains. “Mark wasn’t available for it and I didn’t think it could be done really, I didn’t think it would be possible to find anyone to replace Mark. But we found Terence Reis, just on the internet, and got him to submit a couple of songs. So we put the band together and did a concert at the Albert Hall, which we thought would just be it. The Albert Hall sold out and the concert went really well and here we are years later still doing it.”

Anyone who caught the band last time they toured will be familiar with how well singer / guitarist Terence Reis has been able to slot into the very distinctive role that Mark Knopfler played in the original band.

“Without trying he sound like it, his voice is like Mark’s,” Chris says. “He is a very successful actor out in South Africa, but he has always been interested in music and always played. He grew up in Mozambique, where he learned guitar and the local street style is finger-picking, which is what Mark plays. So he learned that as a kid, and it’s uncanny actually, the way he sounds, his voice and guitar sound so much like Mark. And I have to say, that from two years ago, I think you’ll be amazed at the difference there is now, he was good then, but blimey he’s really bloomin’ good now!”

Adding further authenticity to the experience on this tour is the contribution of Dire Straits drummer, Chris Whitten.

“It’s fantastic to have Chris Whitten,” says White. “Chris was a really good mate on the On Every Street tour, I spent a lot of time with Chris and I love his drumming. He brought all kinds of things in, and it’s great to have somebody else who’s also been through it back in the day and toured with Mark. So Chris adds an awful lot to the show and it’s just fantastic having him on board.”

Filling out the band is a host of world class musicians, boasting resumes that list work with the likes of David Gilmour, Eric Clapton, Van Morrison, Jamiroquai and Paul McCartney.

For Chris White, returning to Australia with the Dire Straits Experience brings back memories of that monumental Brothers In Arms tour during the mid-eighties.

“It was mad,” he laughs. “I remember Australia particularly, it came towards the end of the tour, and when I got back from Australia, I wanted to live there, but Australia didn’t want me to live in Australia, so I couldn’t do that, but anyway. I remember we had such a fantastic time. The tour started out like all other tours because nobody knew what the album was going to do and then as it went along, Brothers In Arms started to really sell, and you kind of notice it when you get on the plane and you turn left instead of right, you realise that things are going quiet well, that things are a bit bigger. It was a really phenomenal thing to be involved with that tour.”

Another highlight from that era was playing the Live Aid concert at Wembley Stadium.

“That was an amazing day,” says Chris. “Actually we were in the middle of a run of 13 nights just across the car park at Wembley Arena. So that day we went in early and went to the stadium, and it was just phenomenal, so many people, so many artists. We played Live Aid and then went across the car park and that evening did our own show and it was great, because lots of people just kept drifting across, they would finish at Wembley Stadium and they’d just come across (to the arena) and a few people got up on stage with us that night. It was also my 30th birthday that day as well. An absolutely impressive birthday party!”

Coming back with this new outfit three decades later, Chris is seeing some familiar faces as well as some new ones.

“I’m seeing old friends from ’86, the last time I was in Sydney I saw people that I knew from 1986. And what’s also interesting, and it’s certainly the case through Europe, is that there’s a whole younger crew that comes along as well. Maybe they’ve discovered it from the internet or maybe their dad or even their grandad used to play it to them. So it’s quite surprising and quiet humbling that people still want to come and see this stuff performed live, but while they do I’m more than happy to go out and do it, I have to say.”

Our review of the the band’s show in 2014 can be found here.