The Old Tram Barn within the Adelaide Botanic Gardens, refurbished to make Noel Lothian Hall will play host to a season of exciting Adelaide Fringe productions in 2017.

From the retelling of an Ancient Greek myth to an interactive theatre piece telling the story of a nuclear meltdown, the Black Box Theatre Season has something for every theatre goer.

The same team who presented the acclaimed Bunker Trilogy, and The Advertiser’s Best New Venue of 2016 The Queens Theatre, this year promises to be one of immersive quality and exciting variety.

Local and international artists will present works both original and established in a unique and entrancing environment; The Black Box space placing the focus directly on the art, allowing the theatre to be completely transformed for each show.

fostering a distinctive and entirely mesmerising atmosphere for each production that can transport you to an entirely different time or place.

Joanne Hartstone has curated seven unique and affecting shows that promise to move, inspire, and transport audiences to another place.

The Black Box Season is as follows:

THE GIRL WHO JUMPED OFF THE HOLLYWOOD SIGN
Joanne Hartstone’s own One-Woman show: An actress stands at the top of a 50 foot H, looking down upon a city of broken dreams. She has only ever wanted one thing… To be a star.

NIGHT CREATURE
A retelling of an Ancient Greek myth about a pretty nymph turned monster. Folklore and legend collide with the 21st century as within the imagination of the audience a new world is brought to life… You didn’t make this monster; it was already here.

MY NAME IS SAOIRSE

Supported by Culture Ireland, My Name Is Saoirse (meaning Freedom in Irish) is a tender and moving coming of age story about a young girl growing up in conservative, Catholic Ireland. When she discovers her pregnancy, she must journey away from her home and the carefree adolescence she once knew.

A gripping piece of interactive theatre where the audience’s votes determine the fate of thousands of lives in the balance. Ashtown Nuclear Plant is in meltdown, and trapped inside are worker siblings Joe and Ellen who must make a series of increasingly desperate decisions to stop the disaster. 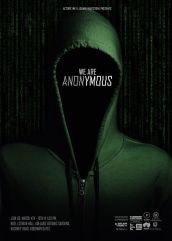 Senior Youth students of Actors Ink are a collection of avatars from across the world who meet in an online chatroom. They form a plan. They have skills that can change the world. But how far is too far?

A 21st Century adaptation of the Greek Trilogy ‘The Oresteia,’ Furies explores one man’s quest to battle with his inner demons regarding the onset of guilt and suffering after murdering his bloodline at the request of the gods.