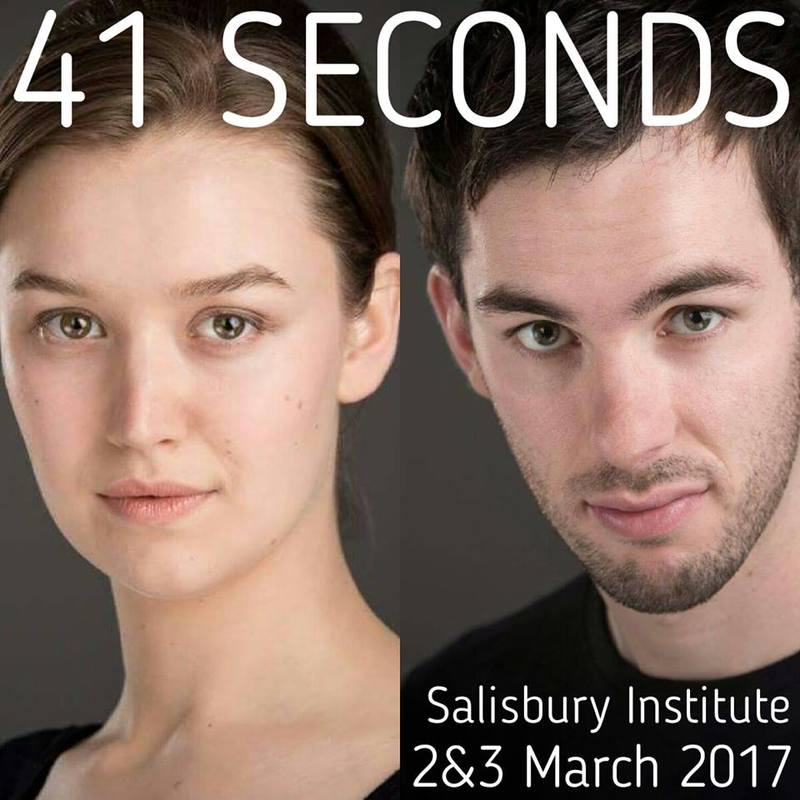 41 Seconds by local company, Talk Out Loud Australia, tells the story of the life of a family after the tragic death by suicide of their middle child, Nick. The play follows the family as they grieve and come to terms with Nick’s death, interspersed with personal stories of others have been affected by suicide.

As the play begins we watch Nick take his own life, surrounded by the demons that haunt him constantly. Throughout the show he comes back to interact with various family members to try to explain his actions and express his love for them The audience is captivated as the family explain their emotions in tearful monologues. It is a beautiful retelling of a tragic story. Each family member reacts differently and we watch as the much of the social fabric begins to dissolve.

The cast are fantastic, a blend of trained and untrained actors working to spread the message of the effects of suicide. This is a very important play, handled sensitively and with care. It balances the two sides of the tragedy (Nick’s and his family’s) and finishes with a beautiful musical performance by a solo vocalist (Katie Pomery).

Suicide is not an easy subject to cover. Every day in Australia, eight lives are lost to suicide, rating our suicide toll as one of the highest in the world. Every family affected by suicide will react and grieve differently, but almost every family will gain something from 41 Seconds. Thankfully attitudes to suicide and suicide prevention are changing, the topic is now no longer so taboo and people are speaking out more, with the help of theatre shows like this one.

41 Seconds is a play that anyone and everyone needs to see. It is a well written and important piece of theatre dealing with a tragic and unfortunate reality that affects many Australians.