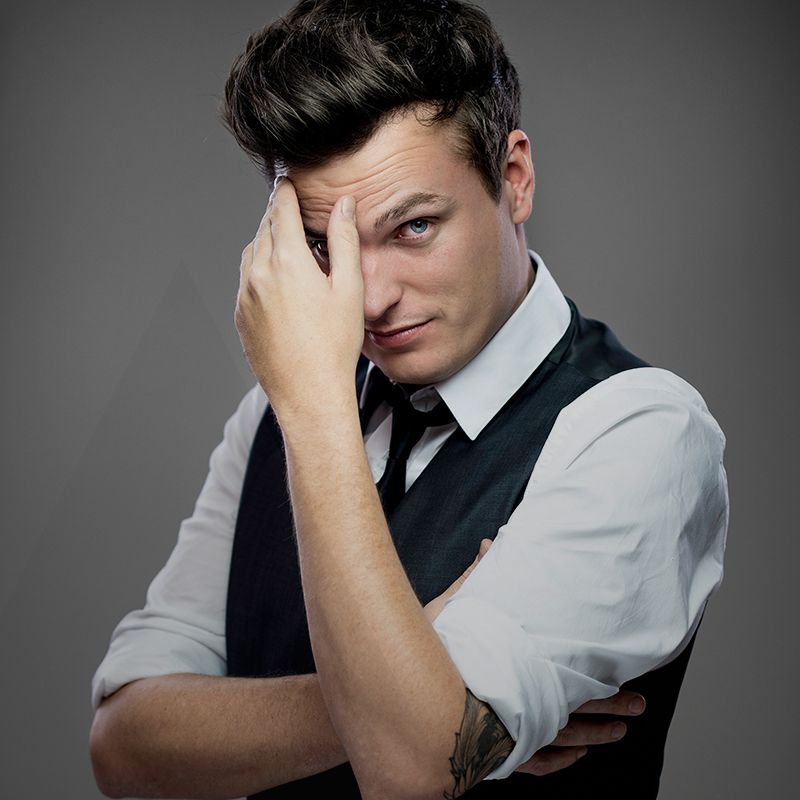 It was a full house in The Peacock at Gluttony when I went to see Matt Tarrant: Honestly Dishonest. Tarrant has become a popular fixture at Adelaide Fringe over the past few years, and it’s clear his magic show has developed over time. A true showman, he sprinkles comedy into his act and tells the audiences details of his life in magic as he dazzled us with mind-boggling tricks.

Starting with a few card tricks that got progressively more impressive, even the cynic within was blown away by his sleight of hand. Tarrant knows that in today’s age of Google, people can simply look up how to perform half the tricks he performs (although he implores you not to) but where is the magic in that?

Tarrant moves on from card tricks to mentalism, the art of reading people’s minds through body language and facial expressions. He brought an audience member on stage and guessed the card in his pocket by asking a series of questions and noting the reaction. His mind games and code-busting assisted Tarrant last year, as a castaway on reality TV show Australian Survivor where he came sixth. His strength on the show was cracking the puzzles in the challenges.

The mentalist tricks I found more impressive than the card tricks. He guessed a range of cards people had picked out of a deck, he guessed the order in which someone had sipped a number of drinks while he was blindfolded and he guessed numbers people had thought of in their head. It was baffling.

Tarrant then instilled some fear and suspense into us with a trick involving a spike in a paper bag that is YouTube famous for going horribly wrong. Thankfully he pulled it off.

Tarrant has loved magic since he was a kid and went to see a magician only for the kid next to him to be pulled on stage instead of him. It was something he touched on a few times during his stage banter. He finishes by inviting a young girl on stage (whose father happened to be a magician). She held a giant bottle in which a handkerchief seemed to come to life. It was a cute, Harry Potter-esque way to end what was an overall enjoyable show. It’s good family friendly fun.

Matt Tarrant – Honestly Dishonest is appearing at Gluttony until March 19. Pick up your tickets here.