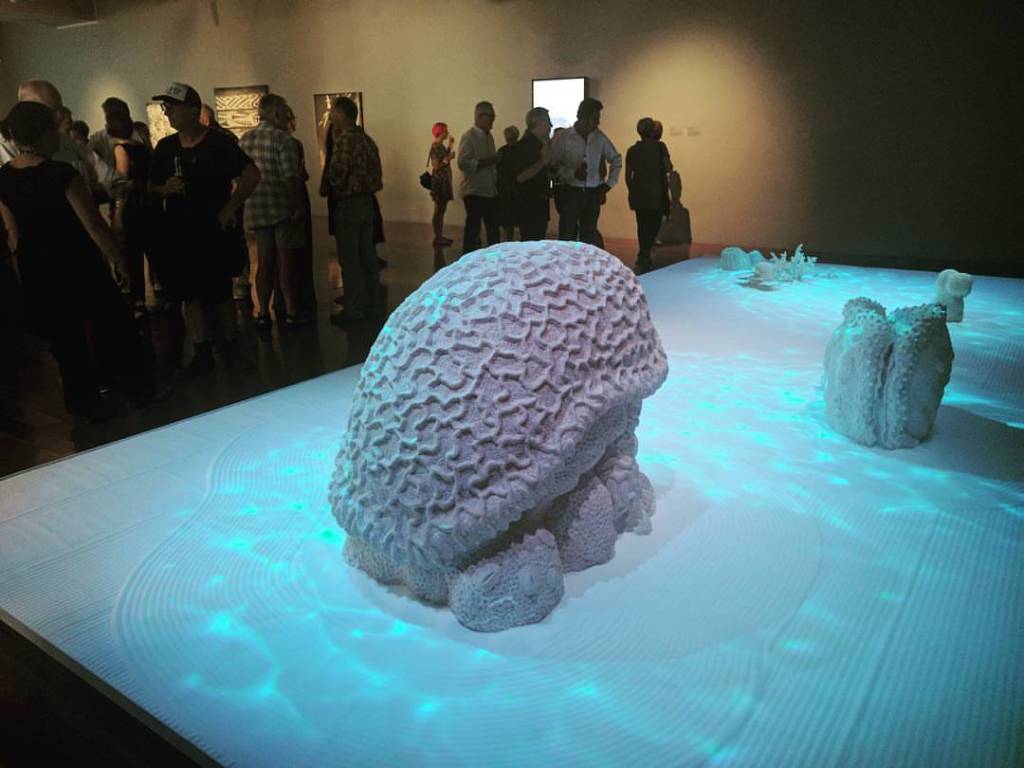 Hosted by one of Adelaide’s finest galleries, The Anne & Gordon Samstag Museum of Art, The Ocean After Nature and Countercurrents are now showing as part of the Adelaide Festival.

Featuring the works of 23 Australian and International artists, The Ocean After Nature and Countercurrents expose a variety of marine interactions through a series of audio visual, installation, sculpture, painting and photography.

The confronting themes of these works are particularly relevant in our current climate, where humans interact with ocean and water-life on an increased level. The works explore the dependencies that humans have on water at large, as well exposing the vulnerability of the oceans and waterways, caused by human interference.

Tackling themes such as, transportation, connectivity, gender, and farming, the works question these connections and deconstruct our perceptions of marine processes.

The impressive installation focusing on the subject of coral bleaching, Sweet Barrier Reef by Ken+Julia Yonetani, requiring half a tonne of raked, white sugar, is worth the trip alone.