With cooler temperatures and a slightly less intense atmosphere, Day Four was the perfect end to WOMADelaide 2018.

Mouussa Diakite & Wassado were the opening act on Stage 2, and set the tone with joyous rhythms and fantastic guitar work. It was a great way to get you on your feet and moving for the day. Meanwhile, Tinariwen shifted to the main stage, following yesterday’s initial performance, and it was just as much fun experiencing the desert blues pioneers for the second time.

Jojo Abot offered something different again over at the Novatech Stage. With a striking stage presence and a beautiful voice, she delivered a very enjoyable blend of Afrobeat, electronica and modern jazz, with dance and a while lot of colour thrown into the performance.

Tasting the World at WOMADelaide is always a treat, and Jamface by Poh was no exception. Just taking a pause from the music and movement to enjoy a six course degustation for only $60 was the perfect thing on Monday evening after four big WOMADelaide days and nights. 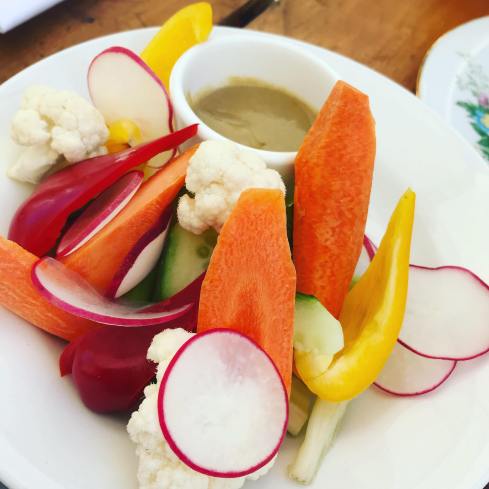 It was the perfect time for a carafe of spiced rum cocktail, so we took a moment to freshen our palate before we were treated with slow cooked pork belly in a rich, spiced sweet soy sauce, followed by white wine poached peaches, chilled vanilla custard, raspberry coulis and puff pastry. Phew! What a feast! 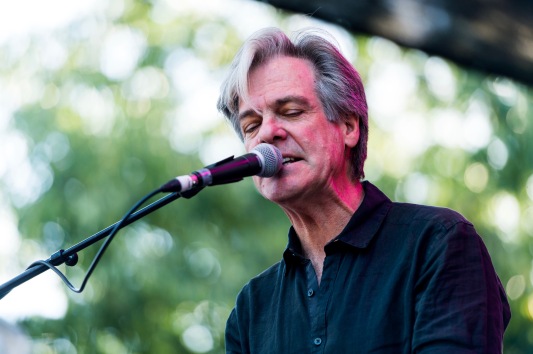 And once we were fed and watered with the finest of fodder, we wandered back out into the thick of it to Stage 3 for Tex, Don and Charlie, who showed why they are such a terrific combination: with the songwriting prowess of Don Walker, the charismatic performance (and unique voice) of Tex Perkins and the sensitive guitar skills of Charlie Owen. It was a hugely enjoyable, crowd-pleasing set of fantastic baroque-Australiana story-telling songs. Perhaps a slightly calmer crowd to that which Don had played to on the previous weekend in Adelaide, but still just as appreciative- and quite a mark of the diversity of the man. Meanwhile Tex prowled the stage and made it his own, while Charlie played some of the best guitar solos you’d have the pleasure of hearing at the festival.

The Chico Trujillo party from Chile got another round at the Foundation Stage, but this time for an evening set – and with the atmosphere of the setting sun on the final day, was even more enjoyable.

The final set on Stage 3 was the uber-cool Thundercat (Stephen Bruner), who manages to play some of the freakiest bass-lines, while also telling us about how much he loves his cat. The bassist for Kendrick Lamar, Kamasi Washington and Suicidal Tendencies, showed why he is in such high demand. Playing in a three-piece, Bruner pushes the boundaries of what the bass can is capable of, with mind blowing solos and an incredible array of sounds. For this performer, the instrument is not for keeping time in the rhythm section. Also notable in the act was the incredible drumming of Justin Brown. With Bruner’s jazz-fusion compositions, you can see why there is such synchronicity with Kamasi Washington, who awed us on the previous night of WOMAD.

And so another year of WOMADelaide has come to an end. The Upside News team are a little weary- but we sure had a fantastic time enjoying the awesome sights, sounds and tastes. See you next year WOMAD!