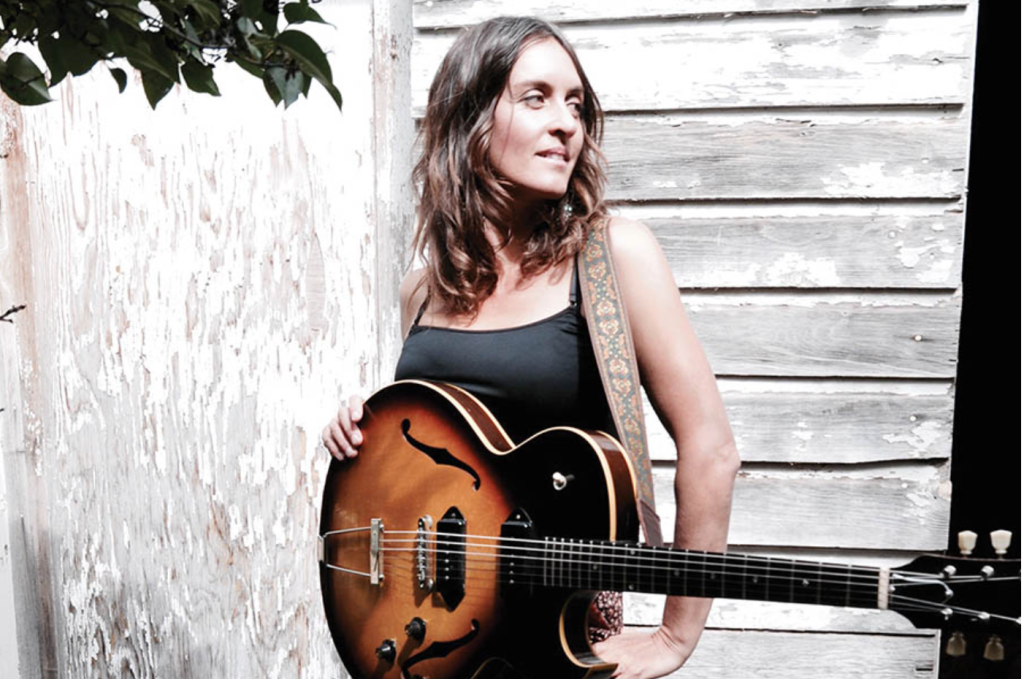 Vikki Thorn told the crowd she was having a good night. She had just been to see Archie Roach perform and certainly seemed happy to be playing The Palais, with the spectacular backdrop of the River Torrens and the Adelaide city skyline behind her.

With long-term bass and slide guitar player for The Waifs, Ben Franz, and singer-songwriter guitarist, Heath Cullen, along for the ride, Thorn set about delivering a selection of what we can all expect to hear on her first solo record, when it eventually surfaces sometime later in the year.

Dispelling the inevitable rumours this solo tour has predictably generated, she reassured us that The Waifs are still a working entity and will be touring again before year’s end, and she duly performed a few of her iconic band’s hits during the show, including a beautiful solo rendition of Bridal Train, and the standout track from the band’s last studio album, Ironbark – the incredible Dirty Little Bird. However, Thorn also confirmed that she is a compelling live performer in her own right – sans Donna and Josh.

Mostly, Thorn preferred to focus her set on more recent compositions exploring her role as mother and wife, and as an expatriate Australian now living amidst the canyons of Utah with her family.

Starting with the powerfully emotional opening number, Bullets And Heartache, the crowd were subsequently treated to a set of raw and heartfelt future classics.

Thorn’s willingness to share the stories behind these new songs meant that we learned a lot of her family history, as well as the emotional context of the lyrical narratives in songs such as, That Kind Of Man, America, Carburettor Blues, How In The Hell Did I Get Here, and Lil’ Red Hen.

Two highpoints of the night were an inspired cover of the Nina Simone classic, I Wish I Knew How It Would Feel To Be Free, which showcased the full range and power of Thorn’s evocative and emotive voice, and a gorgeous country song she recently penned about a talented and beautiful adolescent neighbour back home in Utah, called Cheyanne.

The show seemed to be over much too quickly, such was the spell the band cast over the appreciative few in attendance, but one encore of lively blues wailing, a la Little Walter, allowed us one last opportunity to appreciate Thorn’s soulful voice and her impressive harmonica playing chops before we headed off into the midnight hour.

Vikki Thorn continues to prove herself to be a major Australian talent. She is one of our very best songwriters, a consummate musician, and one hell of a great singer.

Waifs or no Waifs, she is a compelling live act and this performance was an absolute joy to experience.

Vikki Thorn played The Palais in Elder Park as part of the 2018 Adelaide Festival on Friday 16 March.