The festival will be held in early December along the east coast in Brisbane, Sydney and Melbourne. With Download Festival and UNIFY Gathering happening in early 2019 as well, there seems to be a resurgence in alternative music festivals within the east coast.

Joining the Offspring is one of the biggest rock bands around, Stone Sour, pop-punk heavyweights, All Time Low, celtic folk punks, Dropkick Murphys, metal favourites, Bullet For My Valentine and finally making their Australian debut, BABYMETAL. Other highlights include The Used, The Wonder Years and Dashboard Confessional.

General Public tickets on sale Thursday 30 August, 9am through www.oztix.com.au 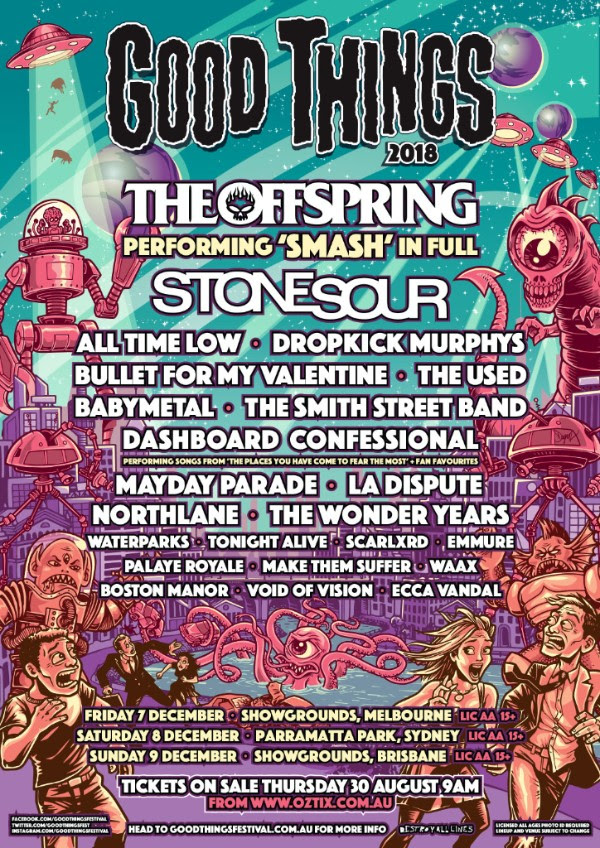