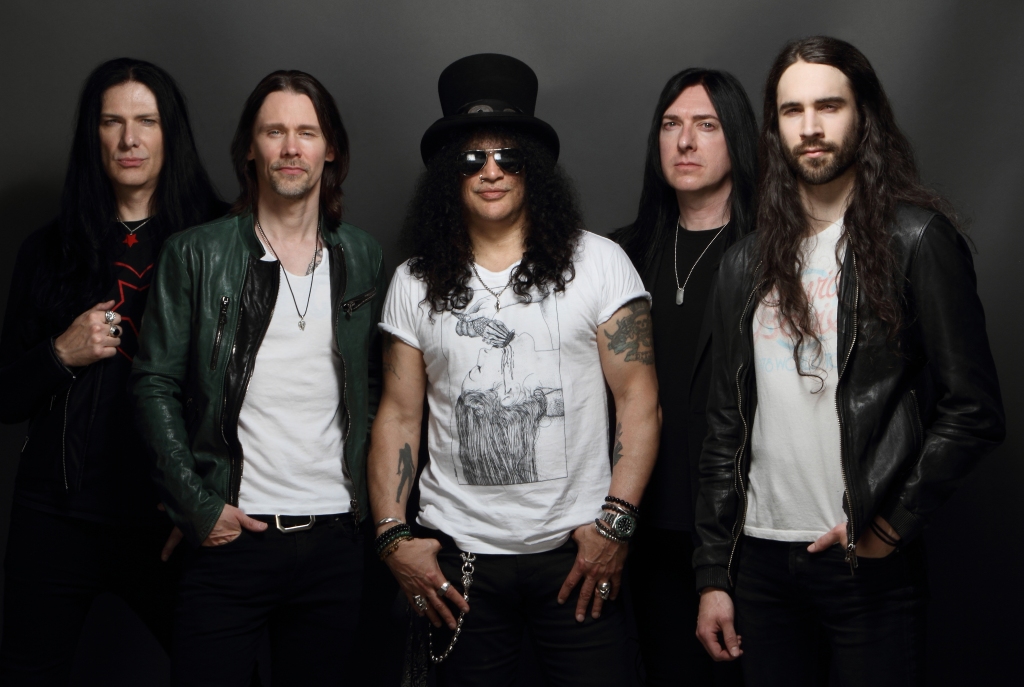 What started out as a star-studded guest filled solo project in 2010 has evolved into Slash’s best work since the Guns N Roses era. Slash collaborating with Myles Kennedy of Alterbridge was an unexpected dream team for rock fans around the world. The combination of Slash’s signature guitar work, Myles Kennedy’s harmonic vocals and the talented rhythm section in the Conspirators offers a nostalgic 80’s hard rock sound. Slash Ft. Myles Kennedy & The Conspirators (SMKC) are one of the few bands to successfully recreate this magic with a contemporary sound.

Living The Dream includes songs that stick with what SMKC is known for and offers another outstanding chapter to the albums ‘Apocalyptic Love’ (2012) and ‘World On Fire’ (2014). This is shown through songs such as ‘The Call Of The Wild’, ‘Mind Your Manners’ and ‘Driving Rain’ which highlight the familiar rough guitar riffs and sharp vocals from Myles Kennedy and bassist Todd Kerns.

However, the best parts of the album are in the songs that show differences compared to previous efforts. Stand out tracks include the funky groove of ‘Slow Grind’, the progressive harmonies of the six-minute ‘Lost Inside The Girl’ and the fastest and rawest song on the album ‘Sugar Cane’ which introduces a new level of energy into the five-piece.

Living The Dream offers another round of classic rock riffs with a level of diversity and new ideas that make this record stand out above the rest. Arguably the best album yet from SMKC.

Living The Dream is released on Friday, 21 September.