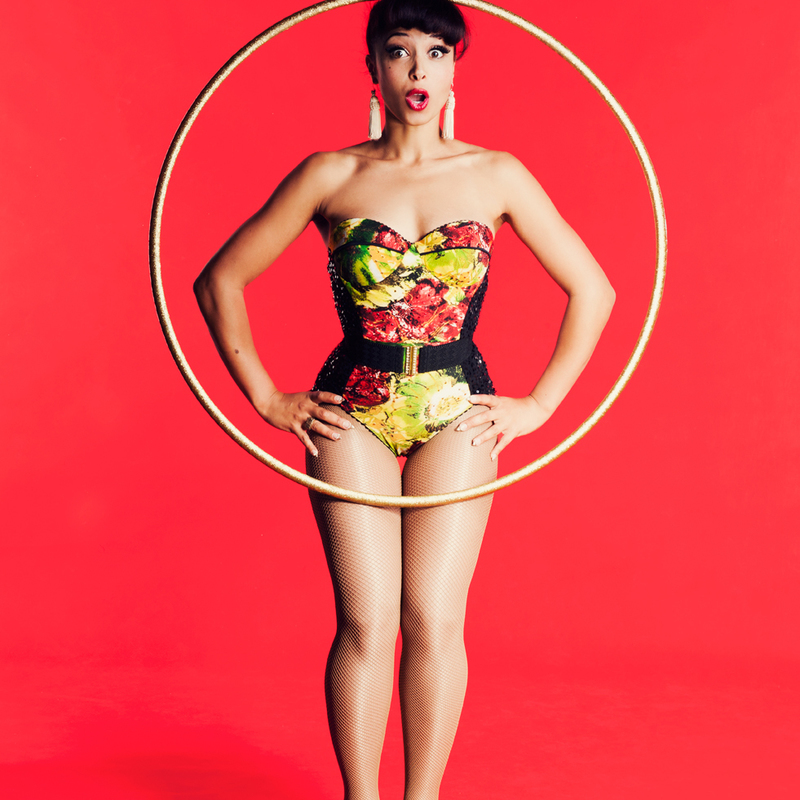 Quality Novelty boasts a top-notch cast of female performers from around the world, with a mix of circus and theatre. Containing random acts of both interspersed throughout the show, it ends up being a performance which does not quite make the sum of its parts.

Held at Bonython Hall at the new RCC Fringe at Adelaide Uni, this did take some getting used to initially as I’m more accustomed to seeing circus shows in a round theatre with tiered seating. However, the stage was quite high, and also spacious, so sitting in front and being able to see was not a problem and worked well for the performance.

The first act involved an artist suspended to a rope by her hair, in which she then glided around the stage while wearing a flowing white outfit. This was genuinely dazzling and beautiful, as she appeared to be flying while attached to a part of her body which seemed questionable and unwise. Another highlight involved roller-skating and the appearance of a Prince look-alike, a well put-together comedic piece that the actress playing Prince (the same one from the opening act) absolutely buys into and makes work.

Unfortunately for me, that’s where the highlights end.

There are lot of circus and physical theatre shows at the Fringe, which means if you are going to do a show in this category and stand out, you better knock it out the park. Quality Novelty seems to be happy to settle for average, with some really basic circus performances and strange and nonsensical theatre. There was no real flow to the show as a whole, and everything just seemed to be put together randomly with no attention to detail as to how an audience might perceive it. Some of the acts went for too long, with no better example than the whoopie cushion sketch, which came across as trying too hard to be funny, ultimately becoming more tedious the longer it went on.

Quality Novelty bills itself as being full of female record holders from around the world. I was really looking forward to seeing some of these record-holding skills in action and was really disappointed when this didn’t come to fruition. I really wanted to like this show, as a production entirely performed by women, especially many women of colour, is a rarity in any festival. I feel like the basic elements are there to build a great show, however, some further thought needs to be put into how the show is structured. I also feel that perhaps the performers need to push themselves further and really show the world that they are as amazing as they have been advertised.

For me, Quality Novelty did not end up being the show that it was billed as. There are some good, even great elements, however these were too few over the hour run time. As there is some real talent in this show, I really hope that the performers come back with something amazing in the future and this is just a mis-step for now.