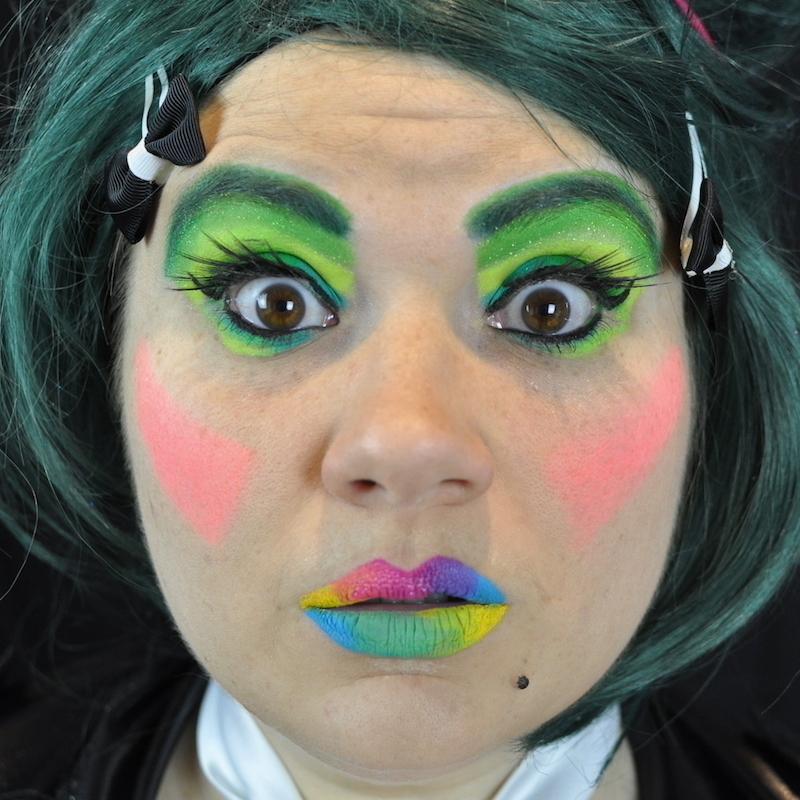 When comedian Lisa-Skye makes her way to the front of the room and starts her opening performance piece of 1900-Lisa-Skye while decked out in fluoro accessories, you know you are in for something slightly off the wall. Actually, that is downplaying it – parts of 1900-Lisa-Skye were completely off the wall, making for a fun, yet informative, theatre experience.

Held in the small space of the Ferguson Room at the National Wine Centre, 1900-Lisa-Skye centred around the experience Lisa-Skye had when she was a phone monitor for a phone dating hotline in the early to mid-2000s. The transcribed conversations (names changed of course) proved to be both a deep well for comedy, as well as some interesting insight into male dating behaviour against the backdrop of the current #MeToo era. In between talking about the world of phone dating, and with the lights low to take full advantage of her fluoro props, Lisa would perform little sketches as different characters, such as her time-travelling male persona, taking on the idea of gender identity. These were loosely related to the overall story, however, were also some of the parts that generated the most laughs.

Lisa-Skye self-confesses that she puts her whole self out there, and this is one of her strengths as a performer. She is completely honest and open about herself and her life, and after the show I felt like I probably knew more about her personally than some of the friends I’ve had for years. This probably helped with the nature of the material she was delivering, as rather than just a subject of mirth, she seemed to share some affection and understanding with some of the phone line users, with perhaps the idea that as humans we all share certain flaws.

While I loved the show, the one thing I would perhaps say needs improvement is the pacing, as Lisa was audibly going through her setlist notebook and cutting out parts due to time issues. Perhaps this would have tied the sketches and stories together more neatly, however this was a small issue within the overall performance.

1900-Lisa-Skye is at times odd, but also an affectionate and hilarious look at the world of phone dating before new technology took hold. Enjoyable from start to finish, Lisa-Skye makes for an excellent storyteller and performer, as well as a great example of how to wear fluoro fashion accessories. Check this show out before her season ends.

1900-Lisa-Skye is on until Friday the 22nd of February. Buy tickets HERE.