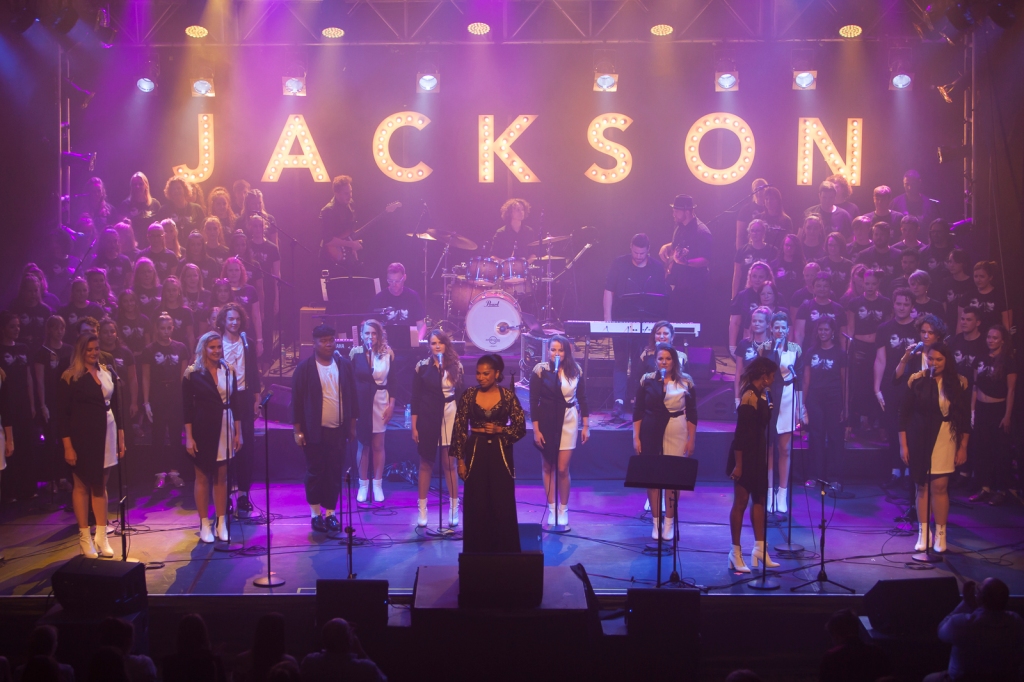 A tribute showcase of the King of Pop and his equally famous sister was a lovely midweek treat.

One of Australia’s lead choral ensemble’s Gospo Collective filled the stage to belt out hit after melodious hit from the discography of pop siblings Michael and Janet Jackson. Led by the stunningly talented and charismatic Charmaine Jones, the youthful singers opened with “Together Again” from Janet’s collection, segueing into a medley – medleys being a common thread throughout the evening.

Kitted up with a live band and a big chorus, you could feel the swell of emotion emanating from the singers, making it hard not to smile and applaud throughout the show. Catering to all ages, Gospo Collective put their own expressive and refreshing stamp on the songs beloved by millions worldwide.

With such an extensive catalogue between the stars, there were so many gems for the Gospo Collective to cover. In many songs there were opportunities for individual singers to show off their vocal gymnastics to varying success. Some singers were at Ariana Grande level while others either hit the wrong high note or were drowned out by the other singers. Microphone faults perhaps?

Either way, Jackson v Jackson was a whole lot of fun and had the crowd bopping in their seat and singing along to the well-worn tunes. Gospo Collective’s soulful and uplifting energy was a consistent highlight of this show.

You can see Jackson v Jackson at Gluttony in the Flamingo tent every night bar Mondays until March 17 2019. Get your tickets here.