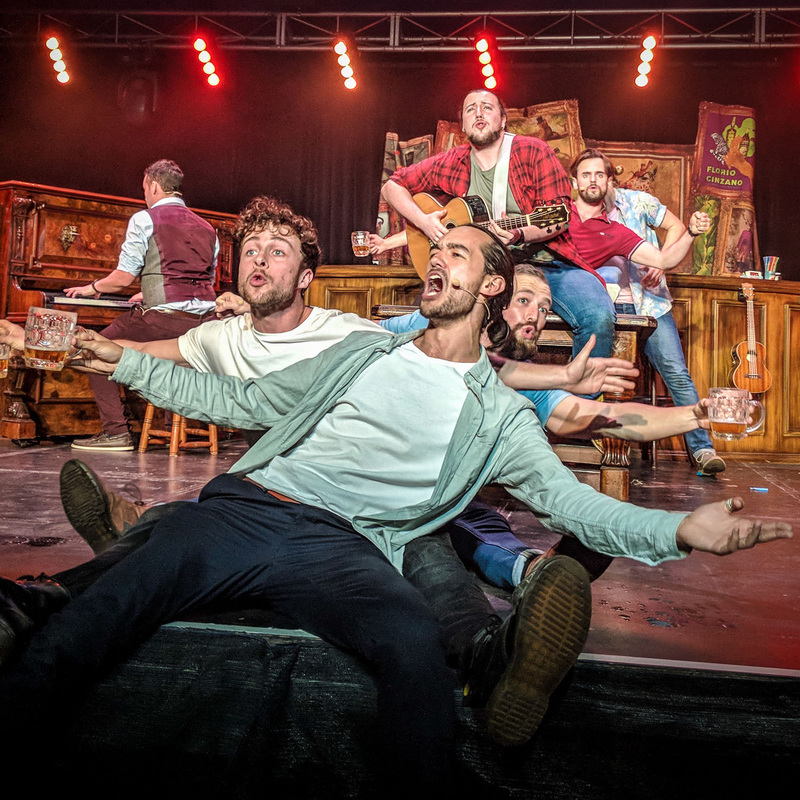 Like the best night out at the pub you could imagine, The Choir of Man had the perfect mix of laughs, storytelling, dance and singalong. Set at old local bar The Jungle, complete with working beers taps the audience and cast pull pints from throughout the show, you’re greeted with nine friendly blokes asking how your night is and working the crowd. Once comfortably sat with a pint, the talent of these seemingly ordinary men surfaces. Better than any choir I’ve seen, they harmonise with ease without looking their larrikin style.

From pulling of acoustic guitar ballad versions of Katy Perry’s “Teenage Dream” to The Proclaimers “I Would Walk 500 Miles” starting with a slow-tempo piano solo and ending in a loud stomper singalong. There was tap-dancing (a lost art in my opinion), trumpet playing, bar games and more.

What stood out, though, were the interludes of commentary in between the songs. The narrator spoke of the importance of pub culture as a means for people to escape their problems and socialise with like-minded people. It’s a second home for some. Not only this, but the sad truth of many old local pubs being closed to be replaced by apartment buildings and the like. A relevant topic in today’s world, particularly in Adelaide where many of the old haunts of yesteryear are shutting shop. It evoked a nostalgic feeling for a culture that seems to be dying out.

These monologues, albeit thought-provoking, still managed to contain enough humour to not dampen the fun spirit of the show and when the show came to its pint stomping finale, you’re left thirsty for more.

The Choir of Man is at The Moa at Gluttony until March 17. Get your tickets here.